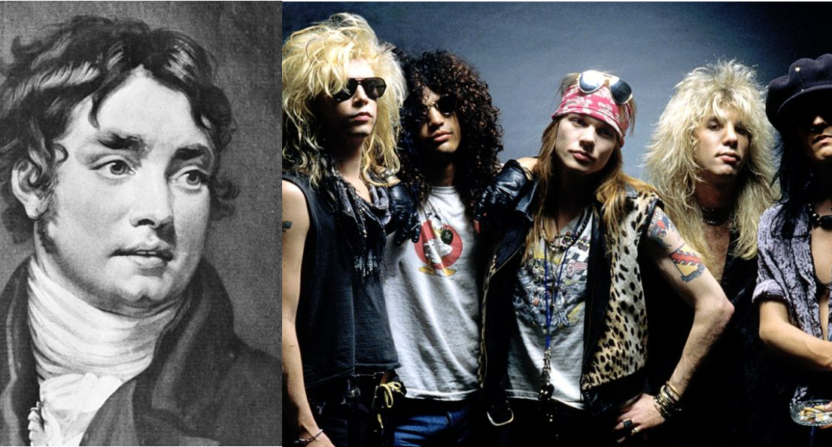 A fun recent Twitter meme  involved a whole ton of people taking the topic of plums in an icebox from William Carlos Williams’ famed 1934 poem “This Is Just To Say” and inserting them into lyrics from artists ranging from Smash Mouth to Carly Rae Jepsen, but said meme appears to have mostly run its course. It was fun while it lasted, though, and the idea of mixing poetry topics into songs about something else feels like something that has wider potential. Here’s what some other poets’ famous works might have looked like following these principles:

Take me down to the dome in air

…Just a miracle of rare device

That sunny dome, those caves of ice

Drinking the milk of paradise

Where they on honeydew have fed

Close your eyes with holy dread

Lord Byron, “The Destruction of Sennacherib,” with Duran Duran, “Hungry Like The Wolf“

Sheen of the spears, stars on the sea

My cohorts are gleaming after you

Hitting the fold, in purple and gold

William Shakespeare, “O Mistress mine” (from Twelfth Night), with Haddaway, “What Is Love“

There lies no plenty,

Alfred, Lord Tennyson, “The Charge Of The Light Brigade,” with Smash Mouth, “Walking On The Sun“

Your time is running out

Yours not to reason why

Yours but to do and die

And you won’t have wondered

If someone had blundered

The order’s done, you might as well charge the guns

Robert Frost, “The Road Not Taken,” with Bob Seger, “Turn The Page“:

Here I am, in a wood again

Here I am, where roads diverge

I took the other, won’t come back again

Not to this place, where roads merge

J.R.R. Tolkien, “All That Is Gold Does Not Glitter” (from The Fellowship of the Ring), with Kanye West, “Gold Digger“:

I ain’t saying he’s a glitterer

But old and strong ain’t no witherer

He’s got vast and trunkless legs, knows how to use them

He always brags, look on my works, you humans

On his pedestal, those words, can you see them?

Near them on the sand, a sneer of cold command

Thanks for indulging, and feel free to leave your own versions in the comments!