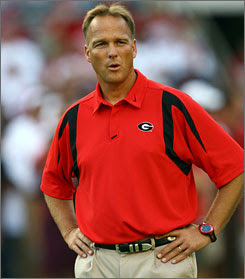 It’s “Hot Seat” week here at Crystal Ball Run and it’s a perfect time for us to debut a new segment we’re calling Holding Court, where we look at both sides of an argument and render our verdict.

Earlier this week we brought you a list of the names that were in need of a big year -– a list that included some very obvious choices like Randy Edsall, Derek Dooley, and Frank Spaziani. However, they aren’t the only ones that could be in trouble come November. In fact, some names that have been around a while just may find themselves in the hottest of seats.

I’m sure you may be wondering why names like Brown and Ferentz are on the radar, but I assure you they deserve to be looked at. Seeing all of these coaches gone or back wouldn’t surprise me either way. So let’s have them step up and receive their judgements!

The Case For: Coach Ferentz is the dean of the Big Ten as he enters his 14th season in Iowa. He’s had to do something right to be around that long? Well, his teams have twice tied for the Big Ten title (2002 and 2004) and have played in a BCS bowl game (2003 Orange Bowl following 2002 season). Ferentz also took a team that was 1-11 in his first season to an undefeated Big Ten season just three years later. Those things should buy him some time. He was also named the 2009 Big Ten Coach of the Year after taking a team not many thought would be good to a 2nd place finish in the conference. He also has taken this team to a bowl game for 10 of his 13 years at the helm to date. 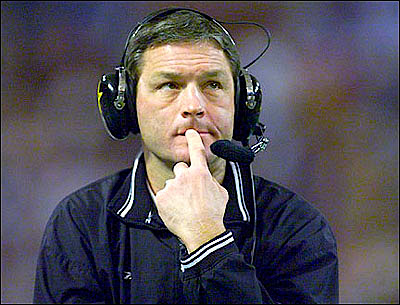 The Case Against: Despite having some great talent on both sides of the ball last season, the Hawkeyes finished 4th in the Legends division, and there hasn’t been a Big Ten championship for this team since 2004. While the Hawkeyes did make the 2002 Orange Bowl they haven’t made the trip to the Holy Grail of the Big Ten – the Rose Bowl – in his tenure as Head Coach. Ferentz had a nice run for three years from 2002 to 2004 at the top of the conference, but since then, the team has had a .500 or below record in conference play in four of the last seven years. Oh, and I haven’t even mentioned the fact that he has had a litany of player arrests, transfers, strange injuries and more over the past five years or so. It’s gotten so bad that they currently don’t have a running back with any meaningful carries on the roster and will likely go into 2012 with a true freshman being the main ball carrier (Greg Garmon).

Verdict: Keeps his job. The folks in Iowa who are Hawkeye fans (which is to say, a majority of them) have the patience of saints, because by any measure Ferentz is living on borrowed time. He clearly is feeling the heat, because he changed both coordinators this offseason. If they can’t find a way to win a game that they aren’t favored in during conference play, this team could be heading for a sub-.500 season. However, I think they’ll find a way to finally win against Minnesota and at home against intrastate rival Iowa State to make Iowa a 7-5 team. Ferentz holds on to his job by the skin of his teeth.

The Case For: He has a long history in Chestnut Hill and knows this program inside and out, having served on the staff for 12 years before becoming the head coach (10 years as defensive coordinator). Spaziani is entering just his fourth season in charge of a program that underwent a lot of turmoil before he got there and therefore should be given the chance to see out a recruiting class from freshman to seniors.

The Case Against: This team has gotten progressively worse since Spaziani took over, going from 8-5 in year one to 4-8 last season. The talent level and recruiting classes have all gone down as well, and it’s raising serious questions as to just how bad this program is. What little national relevance this program had is completely gone at this point. Perhaps the worst part is that the quarterback position (the “signature position” at BC) has gone from a position of strength to one of the weakest on the team.

Verdict: Fired. Simply put, this program has fallen down so far since the loss of Tom O’Brien that I’m betting the Golden Eagles fans wish they had him back at this point. Spaziani’s strong suit was supposed to be defense, but that hasn’t been good under his leadership. Add in the fact that this team could easily be 1-4 before taking on the daunting two-game road trip to Flordia State and Georgia Tech, and you have the makings of another losing season. The struggling attendance at BC will force the administration to make a switch. It could even come in-season.

The Case For: There’s the simple fact that the administration clearly has his back, as they renewed Brown’s contract through 2020. That’s a major reason for him to be sticking around. Then there’s the whole winning a national title and multiple conference crowns under his belt as well. I’m resting that case right there.

The Case Against: Texas expects to be competing for conference and national titles, and losing seasons just don’t fly anymore for one the “it” programs in college football. The past two seasons produced a 13-12 record overall, not exactly up to par. There’s also the matter of Brown saying they are two or three years away from being able to compete for the national title. Call me crazy, but I’ll believe that when I see it. This is a school that routinely hits the wow factor in recruiting rankings yet hasn’t done anything with all that talent the past two years.

Verdict: Keeps His Job. There’s simply no way an administration that re-ups a contract through 2020 gets rid of that same coach that season. It’s not going to happen. However, the call for early retirement could come should the Longhorns end up going 7-5 once again. This is one of the most rabid fanbases out there, but I think the Longhorns win at least 8, if not 9, games this season on their way back up the ladder.

The Case For: This is a coach who’s been absolutely snake-bitten by injuries to his quarterbacks over the past two seasons. Yet, he was able to get a winning season last year. It’s also only been a three-year run so far, and this could be a team on the rise. Many publications and media types are calling the Boilermakers a “dark horse” in the B1G’s Leaders division. Also, it’s not like Joe Tiller left this program in tip-top shape to begin with. So, let’s give the man some time.

The Case Against: While he had a winning overall record last season, Hope has yet to produce an in-conference record over .500. He also has had issues at QB beyond injuries, and that lack of ability to decide on a starting QB has cost the team a chance at consistency in its offense. Add in the fact that Purdue is just plain average, and that doesn’t help on the recruiting trail, either.

Verdict: Keeps His Job. Many have Hope pegged for getting his walking papers, but this is his most talented team to date. It finally appears as though the QBs in the stable are all healthy, so Hope may finally be able to settle on a single one to start the season and go from there. All of those factors add up to a team that could produce 7 or 8 wins and keep Hope alive in West Lafayette. 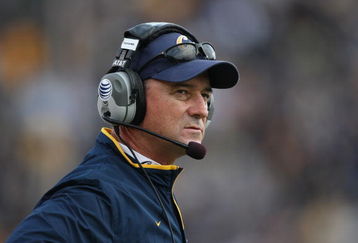 The Case For: He’s proven he can win at a program that has always struggled to do so consistently. Just look at 2004-2006 as proof. Tedford also survived a massive recruiting issue when two assistants left this past offseason and still landed what many consider a top 25 class. He’s produced the likes of Kyle Boller and Aaron Rodgers along with 1,000-yard running backs in eight of the past nine seasons. And let’s also not forget he’s got the second-best record in Cal history in the “Big Game” at 7-2 versus Stanford.

The Case Against: All of that talent hasn’t really helped much, as the last conference title was seasons seasons ago. Four of the last six seasons have also produced losing records inside the conference. It’s looking more and more like that 2006 conference crown was an anomaly, since the team slid back to a 7-6 season just one year later and has never reached double digits in wins since then. Then there’s also the fact that the Golden Bears have been non-competitive in each of their last two bowl games.

Verdict: Fired. Many may see this QB guru’s firing as a shock, but there’s also about 320 million reasons it could and will happen. Cal invested that money in renovating Memorial Stadium, and I doubt that 8-5 or 7-6 seasons are going to cut it with that kind of investment and the need for fans to turn out in big numbers.