If the countless reviews, recaps and retrospectives haven’t made it clear yet, television’s “Golden Age” officially ended May 17 with the final episode of Mad Men, leaving a monster hole in our DVRs. With hundreds of cable shows that sit in the comfortable zone between “decent” to “good,” it’s near impossible to find the great ones.

Thankfully, AMC will fill said hole on May 31, with the premiere of the second season of their PC period piece, Halt and Catch Fire. The show, its first season available to stream on Netflix, combines the workplace drama that was among the most popular aspects of Matthew Weiner’s opus with the thrill of watching people build early versions of technology we use today.

Halt and Catch Fire also has one of the most winning ensembles of any show currently on TV. This gives it the greatest potential of any of the “Silver Age” dramas on today and should be seen by everyone who enjoyed their time at Sterling Cooper Draper Pryce. 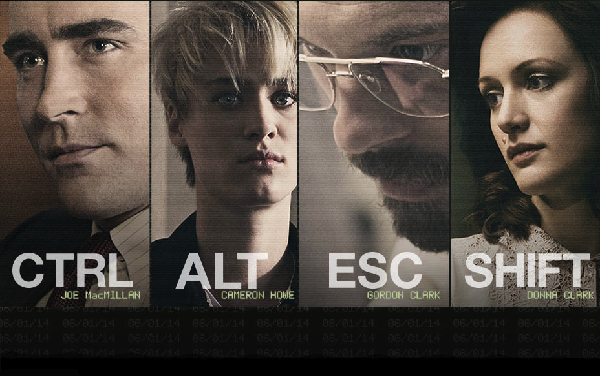 Similar to the series built around the world of SCDP, Halt and Catch Fire is built around a near-perfect ensemble cast. Joe MacMillan (Lee Pace, Guardians of the Galaxy) is a character best described as Don Draper with all the demons, but none of the destructive alcohol and sex addictions. He’s a salesman whose potential for downfall only comes from his ambition for success.

Gordon Clark (Scoot McNairy, Killing Them Softly) is Joe’s brainiac partner, Gordon Clark, who helps him engineer their new PC. He has a drinking problem, but is also the voice of reason in this quest for innovation because he’s married with two kids. His wife, Donna (Kerry Bishe, Argo), is an equally tech-savvy employee at Texas Instruments who helps her husband design the motherboard for their new creation.

The coolest of the bunch, though, is Cameron Howe (Mackenzie Davis, What If), the computer science dropout programmer who formed the cyberpunk stereotypes that would influence the costume and makeup design for movies like Hackers, Strange Days and Johnny Mnemonic. She spends most of her time grabbing free games of Centipede in an arcade that is the poster child for scared parents and is the epitome of “Nerd Cool.”

Judging by the below promo image, Halt and Catch Fire creators Christopher Cantwell and Christopher C. Rogers are going to bring Howe to the forefront of the series. She’s the key member of the cast because she sees past MacMillan and Clark’s innovations, already thinking ahead of them towards the Internet and its capabilities. The ensemble is one of the more exciting to watch if only because the power rankings, behind Cameron, shuffle with each episode. 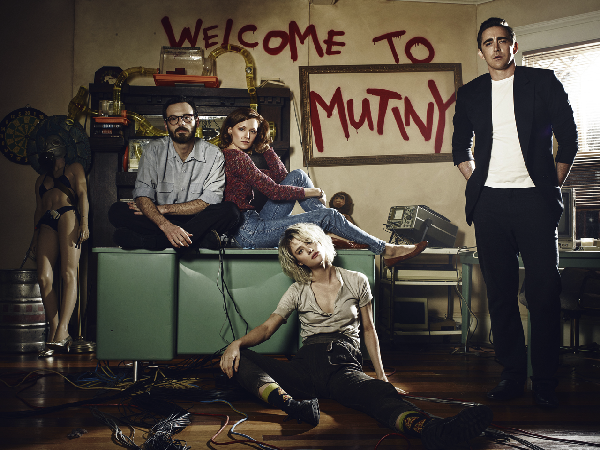 It’s no accident that innovation is the key word in the last paragraph because that’s what makes this show so damn entertaining. If Mad Men and The Social Network have proved anything, it’s that we love watching people be awesome at their jobs, especially if they change the world while doing it. There is nothing more relatable today than the importance of computers and the Internet, so watching these characters lay the foundations is very exciting.

Granted, the show’s interpersonal plotlines aren’t nearly as interesting as their professional counterparts. The grown-up nerd marriage between Clark and Donna is reduced to his work affecting their relationship and leading to potential infidelity between Donna and her boss, Hunt (Scott Michael Foster, Greek). Despite them being the most interesting characters on the show, their relationship throughout the season serves to develop Cameron more than it does Joe. Every show needs something to improve upon in its first season.

Given the aforementioned developments set up for the second season, the innovation will be in full force come May 31. All of this comes without the most divisive parts of Mad Men. For better or worse, there are no scenes of handsome and wealthy men wrestling with their existential issues. Yes, Joe constantly wants to innovate and is never satisfied with his work once he sees another company leapfrog his own product, incrementally. He also wrestles with the fact that his vision doesn’t make him the creator in the same way that engineers like Gordon and Cameron are as engineers and programmers.

Like Mad Men, Halt and Catch Fire is a period piece but here, it’s set in 1983 and the show captures that era perfectly. Similar to FX’s The Americans, the show’s production design captures the beige aesthetic of the computers at the characters’ desks before day-glo colors took over the decade. It isn’t as sexy as the early 60’s and if this show grows in popularity, no one is going to have Halt and Catch Fire parties where women wear shoulder-padded pant suits and men wear short-sleeve shirts with ties.  That being said, it comes together as a much more consistent whole, shaping a much tighter world in which these characters live.

Halt and Catch Fire has yet to reach the levels of an all-time great show. In fact, it’s the perfect example of a “Silver Age” show in the way it takes what made Mad Men and other “Golden Age” workplace dramas popular and does it very well. As with any show in its sophomore year, there is plenty with which the show can improve. But Cantwell and Rogers have laid a strong foundation with their characters and an understanding of how to make a tech-based show that’s a lot of fun, while still being serious in the right places.

Judging from previews of the second season, the show will continue the strong execution of the A-Plot. So go to Netflix and binge through the first 10 episodes. (I rewatched it in less than a week). We’ll see you for the premiere on May 31.