The beginning of every offseason can be characterized by a plethora of certain articles highlighting the top free agents, bargains and a slough of predictions.  The predictions in particular are extremely entertaining to create and thus there is no shortage of results if you Google "2012 MLB Free Agent Predictions".  But the accuracy of such predictions is more often that not, terrible.  And in essence, isn't that what a "bargain" is?  A person predicting that a certain player will be inexpensive, yet perform well in the following season.  And because these bargain articles are predictions in their nature, are they subject to such horrible inaccuracies?  Let's find out.

1. RP Matt Capps – Capps was once a premier late-inning reliever.  In 2011, he was coming off his worst season where his ERA inflated a full two runs higher and his K/9 ratio plummeted.  Thus he was labeled a potential bargain.  But he was brought back to Minnesota for 4.5 million dollars last season, which appeared to be a bargain for a prime rebound candidate with closing experience.  Granted, Capps was considerably better in 2012 than he was in 2011, but he also appeared in less than half the games and still finished with an unsightly 3.68 ERA (though his WHIP looked relatively solid).  Still for $4.5 million, Capps was a very slight bust.

2. C Ryan Doumit – Questions surrounded Doumit's defensive abilities behind the plate as well as his ability to stay healthy.  Thus, he was viewed as a potential bargain.  The Twins signed for for three years at 3.5 million a season, hardly a hefty price, but the Twins appeared to be the perfect fit.  With Joe Mauer, Doumit didn't need to be an everyday catcher.  And with vacancies in the corner outfield and occasional time available at DH, Doumit just seemed to fit.  In 2012 he played 134 games, hit .275 with 34 doubles and 18 HR's while playing below average defense behind the dish and in the outfield.  But the fact remains, at only $3 million, Ryan Doumit was a tremendous bargain.

3. SP Chris Capuano – Capuano was seen as an inning-eater and nothing more.  Coming from a pitcher-friendly environment at Citi Field, he posted an ERA in the mid 4's.  No true contender was going to offer him a contract, but lots of teams needed 190+ innings.  Capuano signed with the Dodgers for two years, 9 million with an option for a third year.  About an average price when you consider Capuano was a 5th starter and nothing more.  Capuano went on to log almost 200 innings and a 3.72 ERA, which exceeded expectations.  He was aided considerably by his home ball park and wasn't nearly as competent on the road, but still, for a low two-year contract, Capuano was certainly a bargain. 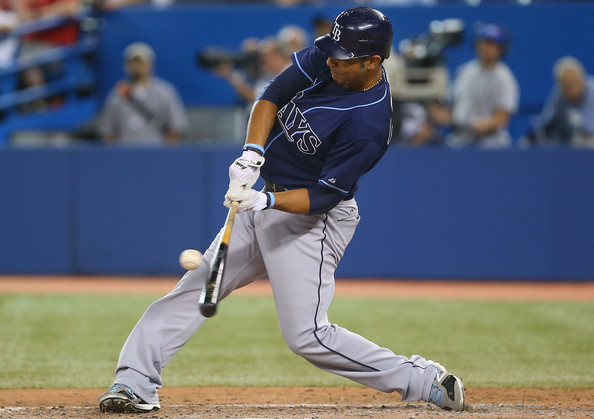 4. 1B Carlos Pena – He's a left handed power hitter with excellent defense at 1B, what could go wrong?  When Pena returned to Tampa Bay at the price of $7.25 million, it was a foregone conclusion that the Rays had just bought themselves 30+ HR's and a cleanup hitter for relatively cheap.  Things just didn't work out that way.  Pena slipped below .200 and hit a mere 19 HR.  Clearly, this bargain did not work out.

5. 2B Kelly Johnson – There weren't a ton of teams looking for mediocre defensive second baseman last year. But teams did need power, and Johnson has power from a position that traditionally doesn't yield a ton of home runs.  Johnson was coming off a year where he hit .22 but had 27 doubles 7 triples, 21 HR and 16 SB.  That sort of across the board production from second base can be very useful.  So Johnson signed with the Blue Jays for 6.38 million last season.  He ended up hitting .225 with 19 doubles 16 HR and 14 SB in the most hitter friendly division in baseball.  It's hard to call this bargain a bust, but the $6.38 million could have been considerably better allocated and his numbers were extremely poor considering the environment he was hitting in, thus making his 2012 season a bust.

As it turns out, yes, a predicted bargain can often be a real-life bargain.  In fact, I'd say the chances of this bargain working out are just about as good as those deals in which a player isn't necessarily a bargain.  So if the stakes are lower, the chances are about the same and the payout is higher (either in performance, value-performance-cost or prospects received at the trade deadline), why doesn't every team bargain hunt?  That one is best left for front offices to determine.  However, if I were working for a general manager, the standing of my team wouldn't matter in the slightest.  Right after identifying the top targets and what my team can afford, I'd go about scouting the clearance section of the Free Agent market.  So what's available in the poorly lit, unkempt back of the proverbial Free Agent department store? 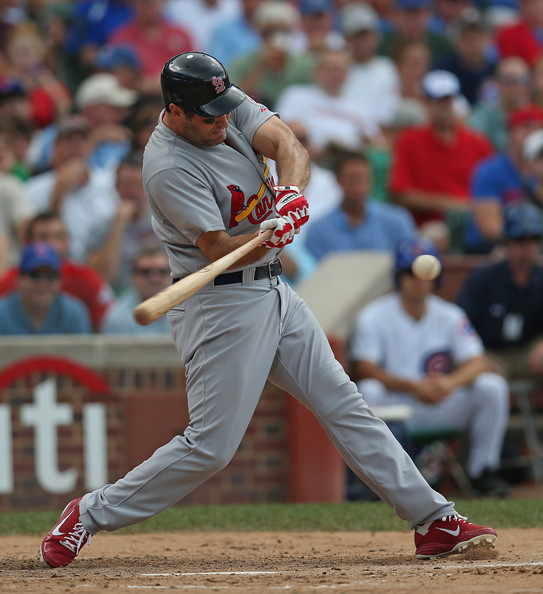 1. Lance Berkman – Something tells me that a team in need of a proven 1B/DH is going to be willing to drop a Carlos Pena type of contract on Berkman this winter if he decides he wants to play.  At one year and $7 million, I think the Red Sox, Indians, Rays and Astros will most certainly express their interest.  The payout could be huge on this one too.

2. Melky Cabrera – An honest question, how much of the .346/.390/.516 slash line was the juice, and how much of it was Melky?  Given that his batting average was 60 points higher than his career norm and never, not even in the minors did he hit for such power, I think a lot of it was the juice.  But if Melky comes back clean, I think he is good bet to be an above replacement level outfielder for a team in need.  Specifically, I can see the Phillies, Rays and Red Sox get involved and sign Melky to a one year $4 million contract.

3. Koji Uehara – He may be the most under-utilized reliever on the market.  Texas banished him into an early middle relief role and he's done nothing but post very good numbers no matter where he pitched.  For teams that are looking for a good-value 8th inning set up man, I think Uehara can come at a fraction of the price of other relievers like Ryan Madson, Joakim Soria and Mike Adams.  There are any number of teams that should be interested and Uehara can probably be had for $3-4 million a year.

4. Jason Bay – The newly minted Free Agent is coming off of a terrible couple of seasons in New York.  He's also 33 years old and has a career OBP of .363 and can/will hit for power.  I don't think anyone will get 30 HR's and a .360 OBP from Bay ever again, but I do think a one year deal worth $3 million could net someone 20 HR's and a .340 OBP.  In essence, I think he can be this season's Ryan Doumit.  Houston, Seattle, Cleveland, Boston and Tampa Bay should be interested.

5. Joe Saunders – It's hard to call any SP in this market a "bargain" because the market itself is terrible, which should only inflate the contracts of the semi-adequate.  Saunders in essence is the pitching version of Adam LaRoche.  He's a really solid player, and yet for some reason, no one is willing to shell out the money to this guy.  He just goes about his business and gets the job done.  Saunders is likely only going to get $6-8 million a year and a contract of two or three years, but when you consider Hokie Joe is left-handed, owns a career ERA of 4.15 and is a relative lock to approach or exceed 200 innings, what more do you want?  Especially in this market, pitching like that will usually come at a premium.  In my mind, just about every team in baseball outside of Arizona, San Francisco and Tampa Bay should be calling this guy, but that won't happen, thus making him a bargain.