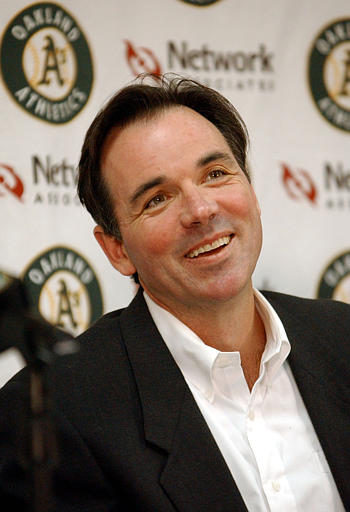 In 2002, the Oakland A’s relied on a concept of team-building that eventually led to the coined term, “Moneyball”.  It was a new concept to baseball, but an age-old concept in economics, finding what is commonly called ”market inefficiency”.  This is essentially the idea of finding value in products which your competitors have not placed value in.  In another sense, you could just say it’s the idea of staying ahead of the curve.  If player A offers the same value as players B and C combined, but player A costs 20 million and B & C cost 2 million collectively, the smart choice is to go with players B & C.

The A’s accomplished this task by building a cost efficient team that relied on statistical analysis as a key scouting tool and placed a stronger emphasis on the ability to get on base versus collecting a hit.  While their competitors would spending tens of millions on free agents to hit the ball 400 feet, the A’s would instead spend hundreds of thousands on players that would get on base just as often, just not in as “sexy” of a way.   When you combine this philosophy with brilliant young starting pitching and a deep bullpen, it can result in a lot of wins.  To an extent, the A’s pulled it off again in 2012, upsetting the Angels and Rangers by assembling a deep young pitching staff, solid bullpen and a group of offensive weapons that were left on the scrap heap from their competitors.  No one is exactly sure what statistical analysis or scouting the A’s used to figure out that Brandon Moss and Josh Reddick would have breakout seasons, but it worked.

So in reading the current economic market in major league baseball, where is the opportunity to uncover value that other teams have not yet picked up on?  It certainly doesn’t come from something as simple as WAR or OBP as it did in 2002, every team has picked up on that now.  But a strong argument could be made that such value does not come from potential free agents or prospects at all.  Rather, I believe constructing a team built specifically off of three other factors could become the new direction of efficient baseball clubs.  These three factors are:

Take the 2012 Detroit Tigers for example.  They’re essentially the “anti-NL” team.  Their defense is terrible, they don’t steal bases and they don’t bunt.  They rely on that one big strike, and by strike of course, I mean they rely on the three-run homer.  And no offense in baseball may be better equipped for the long ball than the Detroit Tigers.

According to park factor, they are the eighth most hitter friendly field in the major leagues.  But bad pitching or exceptional hitting can skew park factor.  In Detroit, they experience both.  The AL Central is notorious for having the worst pitching in major league baseball.  And Miguel Cabrera and Prince Fielder in the same lineup is what I’d consider “exceptional hitting”.  The Tigers saw this potential equation play out in front of them before the Prince Fielder signing and decided they were properly equipped.  By moving Cabrera to third base, they knew they would have a terrible defense, they had a poor defensive squad before the Fielder signing.  They also knew they’d score a lot of runs.  However, the most important factor here is why the Tigers in particular were more equipped for Cabrera at third base.

Even the most optimistic among us would call Cabrera’s defense awful.  You’d think it would take exceptional defense at other positions to make up for Cabrera at third base but this wasn’t the case.  Detroit’s only “exceptional” defender was Austin Jackson in CF, and even he is still merely among the top five in his position in the AL.  The Tigers got away with poor defense at virtually ever position because of a “swing and a miss” type of pitching staff.  Their pitchers did not pitch to contact.  Verlander, Scherzer and Fister all particularly rack up the strikeouts.  When they brought in Anibal Sanchez, they brought in another starter who gets outs via the “K”.  But it isn’t as if every team in baseball isn’t interested in strikeouts, they love them, but teams also realize that inning-eaters can be just as important.  Some pitchers don’t need to strike hitters out, they rely on their ability to generate lots of ground balls.  Groundballs that would eat a third baseman like Miguel Cabrera alive.  But Detroit found success in high k/9 pitchers, bad defense and a hitter friendly environment to supplement their already monstrous combo of Cabrera and Fielder.

Consider now the World Series champion San Francisco Giants.  They constructed their team around their stadium.  Just about any pitcher can limit the amount of homeruns he gives up in AT&T Park, but the expansive outfield is prime for doubles and triples and the Giants have a collection of fly ball pitchers.  So San Francisco traded away players like Jonathan Sanchez and Andres Torres for outfielders Melky Cabrera and Angel Pagan before the 2012 season.  The goal wasn’t simply an offensive upgrade, but to grab two good defensive outfielders, combine them with another speedy outfielder like Gregor Blanco.  Suddenly the Giants have the right players to fit that huge expansion of grass they call an outfield and they did it for cheap.  So the Giants found success using a similar equation but opposing factors as the Tigers.  They combined fly ball pitchers, with faster outfielders in a pitching friendly environment. 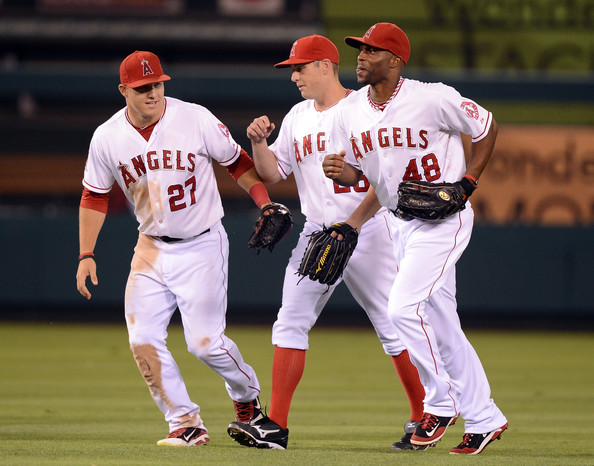 All around the major leagues, you’ll see teams bring in pitchers, outfielders and infielders that fit their specific ballparks, their specific pitching staffs and their specific defenses.  Yankee Stadium is very hitter friendly, so it really doesn’t matter that their outfield defense was relatively poor.  Most non-catchable fly balls will leave that yard anyway.  A better point of emphasis was in finding good ground ball inducing pitchers or strikeout pitchers, which they did.  The Angels are in the same boat as the Giants headed into 2013.  In a pitcher friendly park, they intend to deploy Peter Bourjos, Mike Trout and Josh Hamilton in the same outfield.  At the same time they decided to bring in less expensive fly ball pitchers like Tommy Hanson, Jason Vargas and Joe Blanton but not because they’re under the impression these three are really good.  Moreover, these three pitchers will eat innings for cheap and those three outfielders will catch anything hit between the foul lines, or so they hope.

Using these three factors, there are a number of different combinations organizations can use to field a winner, but there are specific preset conditions which will not play out in a team’s favor.  If you look at the unsuccessful teams in 2012, you can trace just about every team’s struggles back to this simple factor, their pitchers didn’t their outfielders or their park.  Large outfields with slow outfielders is a bad combo, no matter what type of pitching.  Having fast outfielders in a small park is a relative waste of money and talent and a move should be made.  Fly ball pitchers in a smaller park is also a bad idea, but similarly, ground ball pitchers in a larger park may be a waste of resources.  Regardless, this strategy allows teams to capitalize by saving money in non-valued pitchers or non-valued outfielders.  The idea is that no matter the free agent market, there won’t be a perfect balance and players that can help certain teams may be paired up in the right circumstances with the right team and result in a great value signing.