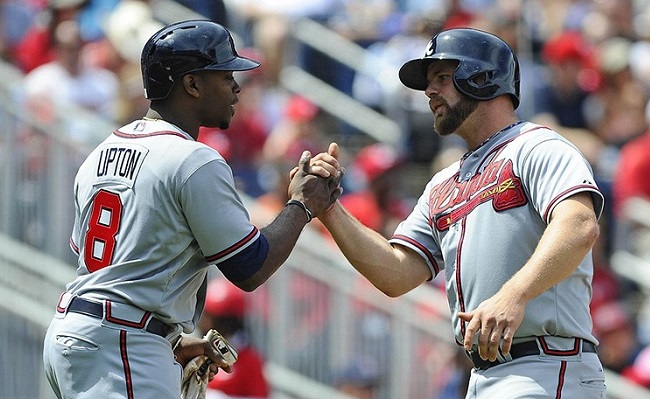 When I originally sat down to write this article, my intention was to write about the Washington Nationals. Should there be some concern in D.C. after the Nats were swept at home in a three-game weekend series versus the Atlanta Braves? That put them four games behind the Braves in the NL East.

However, I soon realized that this was the wrong way to look at the situation.

For one thing, the Nationals righted themselves — at least for now — with a 10-3 win over the Miami Marlins Monday night. A lot of teams are going to end losing streaks and get it together when facing the Marlins this season.

Maybe there is still reason to raise an eyebrow at the Nats' 8-5 start. (Adam LaRoche's .147 batting average, Dan Haren's 9.00 ERA and Ryan Zimmerman's throwing issues come to mind.) But that can be discussed another day.

The real story coming out of last weekend's series at Nationals Park is how good the Braves are looking right now.

Of course, we have to establish the qualifier that it's still very early. We're going into the third week of the season, with most teams having played 12 or 13 games. Yet taking that into consideration, the Braves' 11-1 record thus far looks mighty impressive.

Perhaps some of Atlanta's hot start could be dismissed due to the competition. During the past two weeks, the Braves have faced the Marlins and Chicago Cubs. Based on the talent difference alone, three-game sweeps over two clubs expected to finish last in their respective divisions shouldn't be a huge surprise.

Yet there is certainly something to be said for a contender beating the teams it's supposed to beat. Plenty of division races have been closer than expected or turned out differently because the perceived favorite couldn't consistently beat the lower-place clubs in its division and league. Dominating the lesser teams and playing .500 ball against fellow contenders typically equals success during a major league season.

But what if a team dominates its fellow contenders, as well? The Braves and Nationals play 16 more games against each other this year, so there's plenty of opportunity for the Nats to assert themselves over their division rivals win the NL East as expected. But even this early in the season, the Braves finishing off a three-game sweep on the road against the club many view as a World Series favorite has the look of a statement. 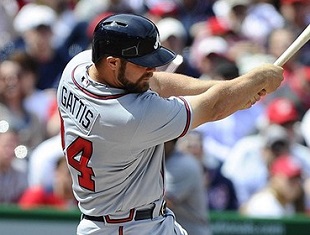 Going into Tuesday's play, the Braves easily have the best record in MLB. No other division leader has fewer than four losses. None of the first-place teams have a lead as large as Atlanta's 3.5-game margin.

Sure, that could easily change in a week. It might change by the end of the month when the Braves have to play a three-game series at Detroit and close out April with a four-game series in Atlanta versus the Nationals.

But the Braves were projected to be one of the best teams in the National League. Maybe Atlanta would even be the second-best team in the NL, behind only the Nats. So this early-season success shouldn't really be a surprise. What might be surprising, however, is just how strong the Braves look at this point.

The general sentiment was that Justin Upton would benefit from the ol' change of scenery by leaving Arizona for Atlanta. Playing with his brother B.J. might also affect his game positively. But Upton is playing like a man unleashed in the first two weeks of the season.

His .348 batting average and .415 on-base percentage both rank among the top 10 NL hitters. His .891 slugging percentage is the best in the league. As you might expect, Upton also leads the NL with a 1.306 OPS, nearly 200 points higher than the next closest batter, Dexter Fowler of the Colorado Rockies.

Most everyone who's watched Upton play believe he's an MVP-caliber player. The 25-year-old outfielder seems ready to establish himself as that sort of talent right away. The Braves look absolutely brilliant for acquiring Upton, while the Arizona Diamondbacks appear at least a bit foolish for giving up on a young superstar.

Another young player who looks like a potential star in the making for Atlanta is catcher Evan Gattis. Gattis played mostly in Double-A last season, but showed the kind of power that made the Braves quickly work to find a spot for him in their major league lineup. Fortunately for the 26-year-old, a spot opened up when Brian McCann had offseason shoulder surgery.

It initially appeared that Gattis would split time with veteran catcher Gerald Laird. But after first baseman Freddie Freeman went on the disabled list with an oblique injury, Braves manager Fredi Gonzalez decided to keep Gattis in the lineup to provide some power and RBI production. Since then, the rookie catcher has hit 7-for-23 (.304) with three home runs and nine RBI.

The Braves have needed that offensive production from Upton and Gattis because the rest of their lineup hasn't performed. That's probably the most amazing thing about this torrid start by Atlanta. Several hitters are struggling.

Yet as has often been the case ever since Atlanta returned to contender status in the NL more than 20 years ago, pitching has been a key reason for its success. While the lineup has largely struggled, the Braves' starting rotation and bullpen have been dominant.

Kris Medlen has picked up from where he left off last season, as one of the best starters in the NL. Mike Minor appears ready to break out in his second full season. Luis Avilan has filled in nicely for the injured Jonny Venters.

Perhaps the biggest surprise is Paul Maholm. The left-hander wasn't really viewed as one of the Braves' top starters, but presents a challenging change of pace between Tim Hudson and Kris Medlen in Atlanta's rotation. After three starts, he's pitched 20.1 scoreless innings, struck out 20 batters and compiled a 3-0 record. Maybe Ryan Dempster did the Braves a favor by turning down a trade to Atlanta last year, forcing general manager Frank Wren to "settle" for Maholm. That one's working out quite well.

Everything is working out quite well for the Braves. But here's the scary thing for the rest of the NL: This team could get even better.

What happens when Heyward and B.J. Upton start to hit? How much better might the lineup be when Freeman and McCann return from injury? Is Julio Teheran ready to fulfill his potential as a pitcher? The rotation could also add Brandon Beachy — who had a 2.00 ERA in 13 starts — following the All-Star break, though what he can offer a year after Tommy John surgery could be uncertain.

For some, the question coming out of this past weekend's series was "What's wrong with the Nats?" But the answer was the Braves. Many of us may have been right about the best team in MLB coming out of the NL East. It's possible, however, that we were looking at the wrong club.