The NLDS matchup between the Dodgers and Braves is in the books, and the Dodgers are the victors and bound for the NLCS. After watching the four games of the series, here are five observations about the teams and the series.

The Dodgers offense might not be able to be stopped.
In the four game series, Los Angeles hit .333/.390/.572 with seven home runs. Against right-handers, they hit .356/.423/.633. That's awesome news for them going into the NLCS, considering the Pirates have just one left-handed starter and the Cardinals have none. Seven of their eight starters had extra base hits in the series, with Skip Schumaker (of course) being the lone exception. 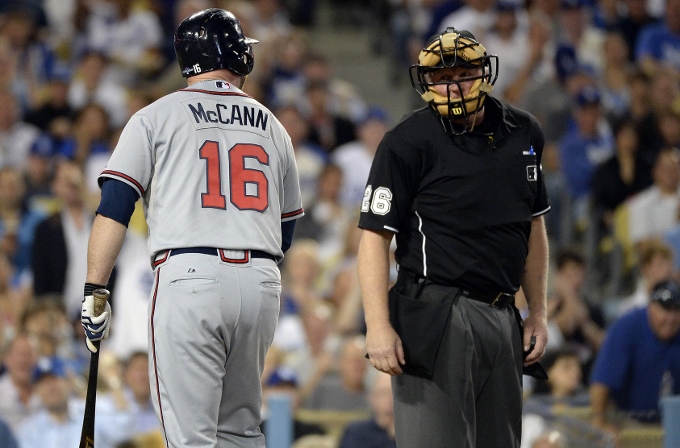 It wasn't just the strikeouts that doomed the Braves.
All season, the narrative surrounding the Braves was that they struck out too much and relied too much on the home run. And while the team did strike out 42 times and homer just once in the series, it's not fair to point at those two factors as the main reason for their failure to score runs. When the Braves did make contact, it wasn't good contact. The team played right into the hands of the Dodgers pitching staff, smashing the ball into the ground at will. Over his two starts, Clayton Kershaw got 11 ground ball outs. Zack Greinke got ten in his one start. The Game 3 duo of Hyun-Jin Ryu and Chris Capuano combined for ten of their own. That's 31 ground balls in 25 innings from the primary pitchers. Throw in the 25 strikeouts from those four, and you have all the makings of an offense that's going to stall out.

Hanley Ramirez is making up for lost Postseason time.
When he was stuck in baseball purgatory with the Marlins, Hanley Ramirez never played in a Postseason game. His first career game was on Thursday, and in the four games of this series, Ramirez went 8/16 with four runs, six RBI, four doubles, a triple, and a homer. He walked twice, and struck out twice. The Dodgers' shortstop had more extra base hits on his own than the entire Braves team had, who collected just five all series. Over the four games, his WPA was .437, meaning that his offensive production increased the Dodgers' chances of winning by a total of 43.7% over the series. Only Carl Crawford (.476) and Juan Uribe (.486) helped the Dodgers more with their bats.

Brian McCann's Braves career has likely ended with a whimper.
Atlanta's long-time catcher is a free agent after the season, and he didn't go out on a high note. In the series, McCann went 0/13 with six strikeouts. When you tie that into his 9/53 September, Braves fans' final memory of McCann is him in a 9/66 slump with one home run in his last 75 at bats. He hit the ball out of the infield just three times all series, and two of those came in game one. Pointing fingers isn't my style, but McCann did next to nothing to help Atlanta win games in this series. 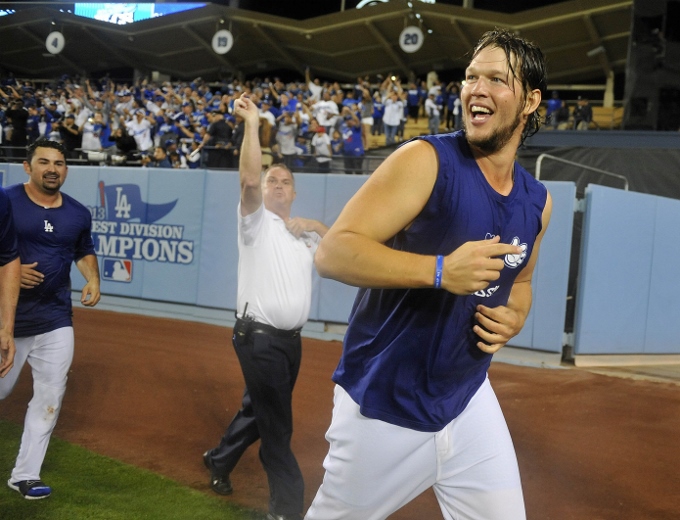 Don Mattingly's Kershaw gamble worked out reasonably well.
When Mattingly started Kershaw in Game 4 to drive the stake into Atlanta's heart, there was some talk about whether or not Kershaw would struggle. Well, he wasn't as good as he was in Game 1, but Kershaw's six inning, three hit, two run (both unearned) outing was enough to keep the Dodgers' dynamic offense in the game long enough for Juan Uribe to tattoo a David Carpenter pitch over the left field wall in the eighth inning. If Ricky Nolasco started and got shelled, Kershaw would be starting Game 5 on the road in a potentially raucous atmosphere at Turner Field. But now, that's not on the table. The Dodgers will likely start the NLCS on Friday with Zack Greinke on the hill, and Kershaw coming back to start Game 2 on Saturday. Meanwhile, if the Cardinals beat the Pirates on Wednesday, they won't be able to start Adam Wainwright until Game 3, and then either Game 6 on short rest or Game 7 on regular rest. Greinke and Kershaw are set up to start four of the first six games of the NLCS, and that gives the Dodgers a massive advantage. By going for the kill, Mattingly ensured that the Dodgers will have the edge in at least four games of the NLCS, whether it starts in St Louis or Los Angeles.