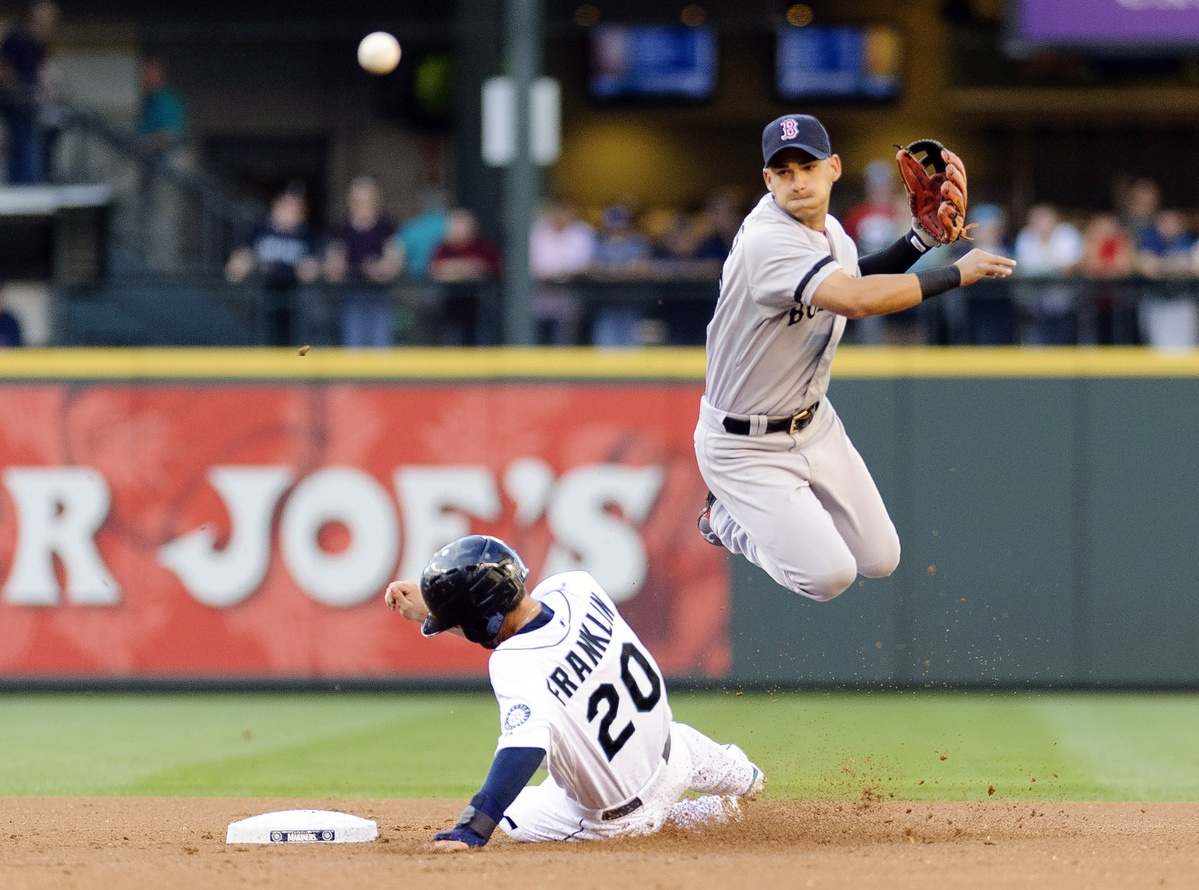 When getting ready to fill out my ballot for AL Rookie of the Year, I opened up the Fangraphs batting leaderboard, clicked on rookies, and was aghast at the AL rookies. The crop of American League rookies this year is absolutely terrible. It's pretty close to being the polar opposite of last year's crop, led by a unanimous win by Mike Trout, that featured three players that could win in any year and two others that would win this year.

But this season, it's not so. Of our nine staff members that filled out ballots, seven different players got votes on the three player ballot. However, there was a clear division among those seven players, as the top three got all of the first and second place votes while the rest of the crop split the third place votes.

TOC's midseason American League Rookie of the Year is Jose Iglesias of the Red Sox.

Iglesias had a reputation coming up through the minors of having an awesome glove, but no bat to speak of whatsoever. In four seasons in the minor leagues (including part of this year), Iglesias has a .257/.304/.314 line. Of course, in the majors with Boston this year, Iglesias has taken on an every day role thanks to some oh so shocking injuries to Stephen Drew and a lack of performance from Will Middlebrooks. In 52 games in the majors this season, Iglesias has 199 plate appearances, and has hit .367/.417/.461. Sure, a lot of that success is due to a mind-numbingly high .414 BABIP, but hey, that's baseball.

Our runner-up for the AL Rookie of the Year in the first half was Leonys Martin of the Rangers. The 25-year old Cuban was finally given an every day role in Texas this season, and he's responded by hitting .283/.336/.422 in 82 games, homering five times and stealing 19 bases at an 82.6% clip. Martin has also graded out as an above average defensive center fielder for Texas, and earned a bump to the second spot in their lineup prior to the All-Star Break. All things considered, Martin is doing exactly what the Rangers have needed him to do this season, and doing it for a fraction of the cost as Josh Hamilton.

The third member of the trio at the top of the AL's rookie crop is Nick Franklin of the Mariners, The 22-year old Franklin has only played in 42 games in the majors this season, but has hit six homers and stolen five bases while impressing with a .268/.337/.451 line. If Franklin can keep that level of performance going in the second half instead of relying on a good month and a half with Seattle, he might be able to make some headway in the award voting.

Then, there's the cluster of players after those three. Dan Straily of the Athletics has yo-yoed between the majors and AAA this season. In his 14 starts and 80 innings with Oakland, Straily has a 4.28 ERA, 66 strikeouts, and 26 walks to go along with a 6-2 record. He was the lone AL pitcher to receive any votes in our balloting. Wil Myers was the preseason favorite for the AL award, but was just called up to the majors in mid-June. In 26 games, he's hitting .288/.321/.413 with three home runs, but he'll likely finish the season with under 90 games played with Tampa Bay, and it'll be extremely difficult for him to surpass the production of any of the other candidates in that time. Yan Gomes has been a great backup catcher for the Indians, homering six times in 39 games, but he's just a backup catcher, and still has an on-base percentage under .300. Finally, there's 22-year old Twins outfielder Oswaldo Arcia, who has hit six homers in 59 games in the majors, but is striking out in 28% of his plate appearances and has been a brutal defender in left field.