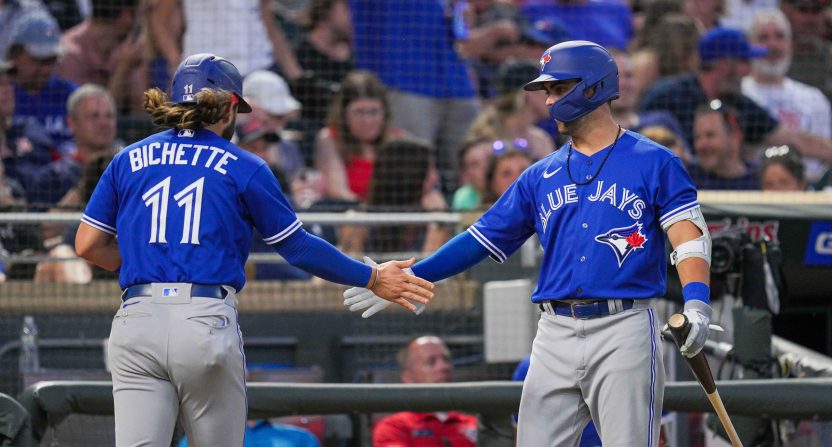 One of the notable trades at the MLB trade deadline was the Toronto Blue Jays acquiring former All-Star second baseman Whit Merrifield from the Kansas City Royals. While this had the potential to be a great move for Toronto, there was one big obstacle in the way for Merrifield to take the field at home for the Blue Jays.

Merrifield previously missed the Royals series against the Blue Jays in Toronto when it was revealed that he had not gotten the COVID-19 vaccination, therefore making him ineligible to travel to Toronto for the series.

He caught some flack for his comments at the time on why he was not vaccinated, implying that he would be willing to get the vaccine if he were on a team that was in playoff contention.

“I’ll be in Toronto when the team gets to Toronto,” Merrifield said via Kaitlyn McGrath of The Athletic.

Merrifield also expressed that he should have handled the situation in Kansas City better, but is excited for a fresh start in Toronto.

“It was something that I probably could have handled a little better,” Merrifield added. “But what’s happened has happened and I’m excited to be a Blue Jay, excited to get to Toronto and play at the Rogers Centre as my home.”

Many around the MLB world are excited to hear this news and expect him to help the team in a big way for the rest of the season.

Atta boy. Roll up your sleeves and get to work. https://t.co/BqBosDGw8l

It’s unlikely that the Blue Jays would trade for Merrifield without confirmation that he would get the vaccine, so this was largely expected after the trade.

Toronto currently holds a Wild Card spot in the American League, and Merrifield should make a huge impact in keeping the team in that position as we enter the final stretch of the MLB season in the next few months.