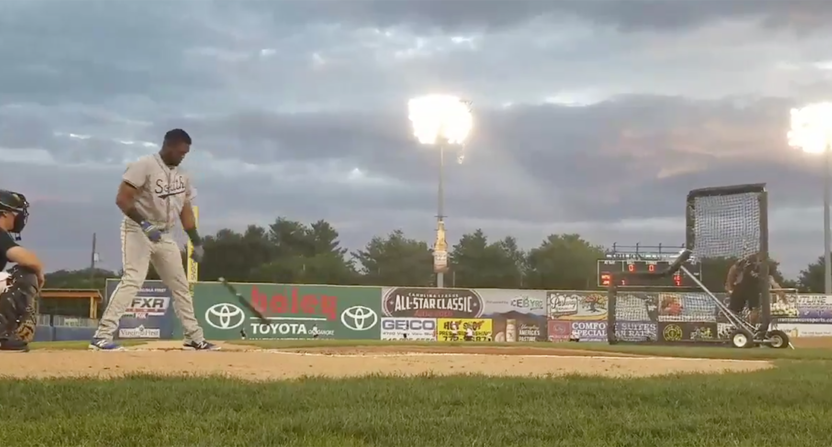 Don’t let Aaron Judge take all of your attention when it comes to home runs. Cubs top prospect Eloy Jimenez is also a large man— though—at 6-foot-4-inches and 205 pounds—still a good bit smaller than Judge. But he showed he has just as much power as the AL MVP frontrunner during the Carolina League Home Run Derby, doing his best Roy Hobbs impression by smashing a towering home run off the stadium lights.

Jimenez’s bomb was the highlight of the night, but he failed to reach the finals of the home-run derby. Still, the 20-year-old is posting a .927 OPS with seven home runs in 28 games this season. We also know Jimenez has quite a glove as well from last year’s MLB Futures Game.

You might want to start paying more attention to Class A-Advanced ball.