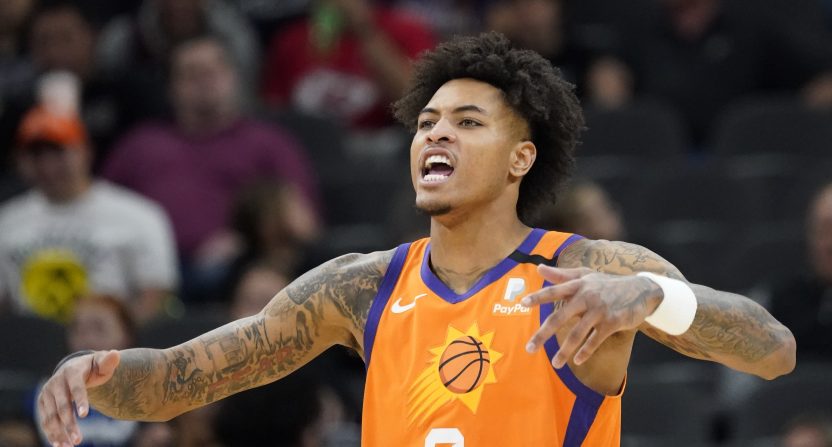 Sources: The Warriors will only convey that first-round pick next season should they finish 21-to-30 in the final regular season standings. If the Warriors land in the top 20, they’ll send two second-round picks to OKC. https://t.co/ltzvx7cIhQ

As for the financial ramifications, well, the Warriors would have an enormous luxury tax bill coming. More from Wojnarowski, as well as ESPN’s Bobby Marks:

The Warriors will absorb Oubre and his $14.4 million expiring contract into a trade exception – costing the franchise a staggering $66 million additional luxury tax. Golden State has a historic luxury bill on the horizon — $134 million based on the team’s current payroll. The Warriors will receive a discount of their tax bill if league revenue decline this season.

The addition of Kelly Oubre would see it increase to $134M

The devastating news of Klay Thompson tearing his Achilles was surely the driving force in Golden State being aggressive on the trade market for a wing, and especially after the chose to use the No. 2 overall pick to draft Memphis center James Wiseman on Wednesday night.

Oubre isn’t the star that Thompson is, but he averaged 18.7 points and 6.4 rebounds per game in the 2019-20 season for the Phoenix Suns. He can really score, and he had a career-best three-point shooting this past season at 35.2% (and on a career-high 5.5 attempts per game). If he can keep shooting triples like that, that would go a long way to lessening the impact of Thompson’s absence. With his 6’7″ frame, his size and versatility allow the Warriors to mix and match lineups — Andrew Wiggins, Draymond Green, and Wiseman figure to usually be a big part of it — alongside Steph Curry.

Sam Presti and the Thunder keep wheeling and dealing, and they particularly keep acquiring potential first-round picks. The Thunder had just acquired Oubre on Sunday in the Chris Paul trade.