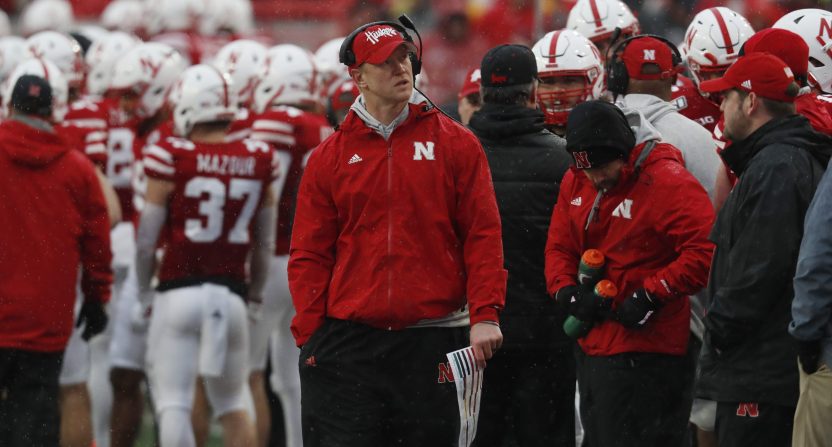 The Nebraska Cornhuskers made waves when the Big Ten originally canceled the 2020 season, floating the notion that they might just go rogue and play their own games. They got slapped on the wrist for even implying that and, now that the Big Ten will indeed play football this season, they’ve made sure Nebraska gets all the football they want this year.

The Big Ten Conference announced today the schedule for the 2020 football season, including an eight-game Conference-only schedule starting the weekend of October 24 plus a ninth game for all 14 teams during a newly created Big Ten Champions Week the weekend of December 19. pic.twitter.com/jaDXMhh2C8

The Big Ten revealed it’s new, truncated conference schedule on Saturday, and fans immediately noticed a few trends. While it may or may not be purposeful, national contender Ohio State seems to have a reasonably easy road ahead of them, all things considered. If the league wanted to purposefully ensure that their best shot at the College Football Playoff can be undefeated by the end of the schedule, they’ve largely succeeded.

The other thing everyone immediately noticed is the absolutely brutal schedule that the league bestowed on Nebraska.

First, the Huskers open against Ohio State on the road, one heck of a way to start the season. They immediately follow that up with the Wisconsin Badgers and after a trip to Northwestern, they get the Penn State Nittany Lions in Week 4. Nebraska comes out of this as the only school in the West division that has to play it’s two East crossover games against two of the three powerhouses in the East. They also get back-to-back road games against Iowa and Purdue on the back half of the schedule.

Was this schedule an intentional reminder to the Huskers not to step out of line? It’s unlikely anyone will go on the record to say it was, especially since Nebraska AD Bill Moos is on the Big Ten scheduling committee. And it’s been pointed out that this was probably always going to be Nebraska’s set of opponents.

But still…if you wanted to send a message, it has been sent and received.

Updated Nebraska schedule, according to a source:

@ Ohio State
Vs. Wisconsin
@ 85 Bears
@ KC Chiefs (in Australia)
Vs. Hybrid of Clemson-Alabama
@ Mordor
Vs. Rutgers

The Big Ten after Nebraska ruined the start announcement. pic.twitter.com/1a7vosv6Xx