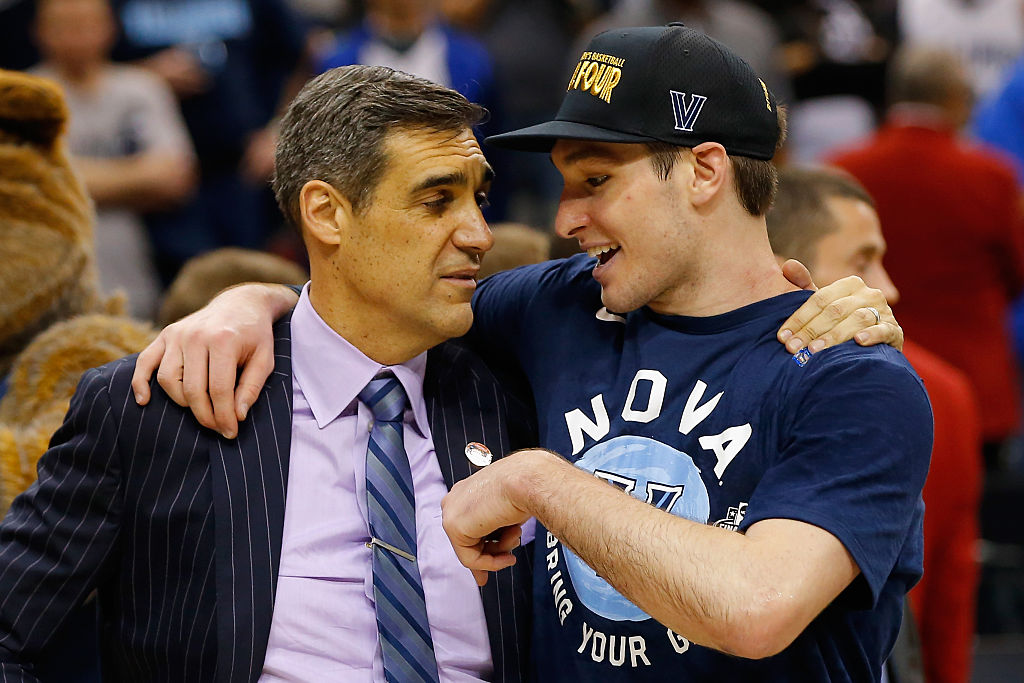 Michigan and Villanova will battle it out on Monday night to determine the 2018 NCAA men’s basketball national champion, but the outcome of the game will also have reverberations for the way both team’s head coaches will be perceived.

There’s no doubt going into the game that Michigan’s John Beilein and Villanova’s Jay Wright are among the top coaches working today, but where do they stack up with their peers? And how could winning the 2018 national title elevate them even further?

First, let’s get some perspective on how both coaches got here.

Beilein has spent 11 seasons at Michigan, but it’s just the latest stop on a long career that spans four different levels of college basketball (junior college, NCAA Division III, NCAA Division II, and NCAA Division I). When you combine all of his victories from four-year universities, he has a whopping 724 in total. Just looking at DI, he’s done great work at Canisius, Richmond, West Virginia, and UM.

Along the way, he’s been named conference coach of the year five times and took four different schools to the NCAA Tournament. That includes Michigan, whom he’s taken to the Sweet Sixteen or better four times and the Final Four twice. Both times, Michigan advanced to the championship game, though they’re hoping for a different outcome in 2018 than they had in 2013 (even if the team that beat them technically doesn’t own that championship anymore).

While Beilein’s career has been a story of sustained success across various schools, Jay Wright is cementing his legacy as the modern architect of Villanova basketball. Wright cut his teeth as the head coach of Hofstra where he took a 10–18 program and turned them into a perennial NCAA Tournament team in seven seasons.

He was tasked with rebuilding Villanova’s program as well and all he’s done in the 17 years since is turn them into one of the nation’s elite programs and perennial powerhouses. Under Wright, Villanova has won five Big East conference championships and made 12 NCAA Tournament appearances. They’ve also now racked up three Final Four appearances (2009, 2016, 2018) and are currently attempting to win their second NCAA championship in three years.

Where They Stand Now

The two coaches are remarkably close to one another when it comes to all-time Division 1 wins (541 for Beilein, 543 for Wright). Of course, there’s more to ranking coaches than just statistics, but it’s hard not to consider them all the same.

Wins, Final Fours, and titles are shorthand ways to compare coaches across eras (and within them). It’s why some people downgrade Syracuse’s Jim Boeheim (1 championship in 42 years), even though he’s second in wins amongst active coaches. Accolades matter.

So let’s take a look at the active coaches that make up Wright and Beilein’s contemporaries to see where they shake out now. (We’re going with hard numbers, not those affected by NCAA sanctions.)

Looking at it from an age and career-length perspective, both Wright and Beilein still have a way to go to catch up with some of the biggest names in the sport. Coach K is his own thing, but you could probably say the same about Roy Williams.

There’s also John Calipari, who has been coaching about as long as Wright and Beilein but has put together way more deep runs in March than the two of them combined. Of course, you have to consider off-court issues when it comes to Coach Cal. (Two of those Final Four appearances don’t officially exist anymore.)

More than anything, the fact that Tom Izzo is so low on the chart when it comes to overall wins simply drives home just how impressive it is that he has so many Final Fours to his credit already.

There’s also an interesting grouping in between the top of the list and the area that Wright and Beilein currently sit. Guys like Bob Huggins, Rick Barnes, Dana Altman, and Lon Kruger have racked up impressive win totals, but when you compare it to their Final Four and National Title numbers, you see that it’s a case of being very good for a long time, but not very great. These are the guys that Wright and Beilein could pass in the coming years if they keep up their current pace.

The truth is that while the numbers tell a story of two coaches working their way up the ranks, they don’t tell the whole story. If you were doing a draft right now to choose your college basketball coach, Coach K wouldn’t be the No. 1 pick automatically, because the truth is that he’s only got a few years left.

You’re much more likely to take a guy like Wright who has been absolutely dominating for the last five years and seems poised to continue doing so for the next decade. Beilein probably goes higher than plenty of names on that list as well, considering what he’s accomplished in the last decade compared to guys like Huggins, Altman, Larranaga, and Kruger, who have had success, but not sustained excellence.

What If Michigan Wins

Let’s face it, John Beilein needs a National Title on his resume. It doesn’t magically make him a better coach, but history will remember him much better if he’s got at least one title. You don’t want to be the guy who was great for decades, but couldn’t win the big one. Just ask Jim Boeheim and Bill Self what it means to get that title on the books.

Assuming he’s still going to coach for another seven or eight years, at least, Beilein definitely has a chance to get into the high-600s or even 700s in wins before he’s done. Perhaps he can pepper in another Final Four or two to cement his legacy. But so long as he’s got that title on his record, he’ll have his place on the list of best coaches of the 2010s without worrying about an asterisk that shouldn’t matter but always does.

What If Villanova Wins

At that point, Wright will join a very exclusive club of active coaches with multiple National Titles (Coach K, Roy Williams). In fact, he’ll join the exclusive club of Division 1 coaches who have ever won more than one national title (13).

Considering that Wright’s program has won more than 30 games in each of the last four seasons and that he has a monster recruiting class incoming, and there’s no reason to think this isn’t still just the early days of Villanova’s dominance in the college basketball landscape. Not only has Wright taken Nova to new heights, he’s molded the program around himself so much that there is no logical reason for him to even consider taking a job elsewhere (unless he wanted to go back his alma mater Bucknell for some weird reason).

At 56 years old, it’s very conceivable that three Final Fours and two National Titles would just be the beginning for Wright. If Villanova wins Monday, he’ll only be slightly behind Coach K’s pace in terms of titles (though he’s way behind in Final Fours). But if he could keep the momentum and parlay this into a third title down the road, we could be looking at one of the great NCAA coaching careers of all-time.