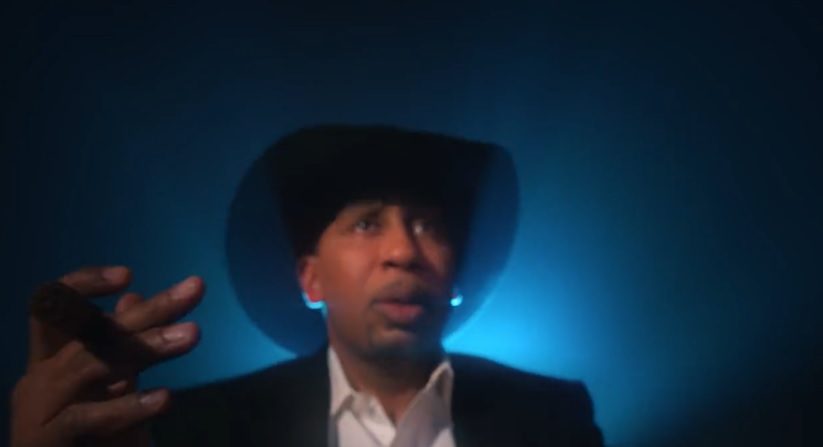 While ESPN personality Stephen A. Smith isn’t a fan of the Dallas Cowboys, when the two sides work together, magic happens.

As part of the NFL’s schedule release, the Cowboys published their schedule on Twitter — with Smith’s help. For those who have forgotten, Smith famously enjoyed Dallas’ playoff loss to the San Francisco 49ers in January 2022. And he wasn’t alone. The Cowboys have their share of detractors. Smith doesn’t lack for critics, either.

But while the Cowboys and Smith can both be polarizing, this video is a must-watch. You do, however, have to watch it all the way through.

We couldn’t think of any one better to give his first take on our 2022 season schedule. Enjoy…😂😂😂

The video drew rave reviews from the NFL world.

The Devils you know!!! 🤣🤣😂🤣😂😂😂😂🤣🤣 This is phenomenal @stephenasmith and @dallascowboys https://t.co/qCXoStCz5I

Ok credit where it’s due this rocks https://t.co/8NDXIDbw8v

I hate fake sports fighting people but this is quite entertaining by the team https://t.co/YpKid2DVb0

The most believable part of this was Jerry Jones personally editing that video and audio https://t.co/TAVIJcbw9y

See it through Cowboys fans – it’s worth it. 😎
Well done @DallasCowboysTV. https://t.co/pa594GwBEc

Smith did, as well.

The video is simply brilliant. There are 32 teams in the NFL, but none were as good releasing their schedule as the Cowboys. The gap between Dallas and the next best team is similar to the gap between the 1992 Dream Team and the silver medalists from Croatia.

But the Dream Team’s goal was to win the gold medal. While this video was amazing, it doesn’t do anything to help the Cowboys get closer to their ultimate goal.

Ok this a good one 😂😂😂😂 if only yall could win a ring for this video @_HaileySutton @JMac_Sports https://t.co/3W5JBZiWFF

But as far as attainable goals, go, the Cowboys could not have done better.