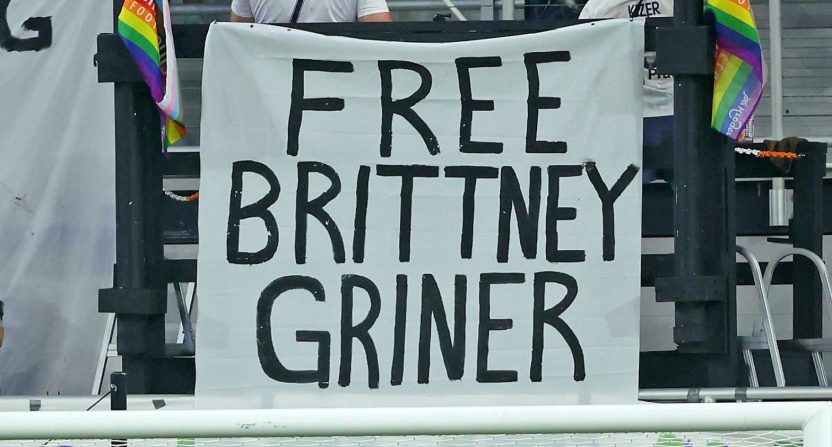 Monday, a Russian court announced October 25 as the date of Brittney Griner’s appeal of her nine-year prison sentence for drug possession, according to the Associated Press.

Eight-time WNBA all-star Brittney Griner's appeal hearing against her nine-year prison sentence for drug possession in Russia has been set for Oct. 25.
Griner was convicted after police said they found vape canisters containing cannabis oil in her luggage. https://t.co/czy0E1qJWL

Griner has been detained in Russian since February 17 when airport authorities allege to have found vape cartridges containing a cannabis derivative inside her luggage. She was put on trial, found guilty, and is now serving a nine-year sentence for drug smuggling and possession charges, even though the cannabis had been prescribed to her.

Griner admitted that she had the canisters in her luggage, but said they were inadvertently packed while her defense team presented written statements that showed it was prescribed cannabis to treat pain.

The U.S. government has been in talks with Russia over a potential prisoner swap that would bring Griner home, though it’s unclear if and when those talks will produce results. The White House has said it has not yet received a productive response from Russia to their offer, though Russia has put the blame on the other side.

The White House recently said that President Biden stressed his “continued commitment to working through all available avenues to bring Brittney and Paul home safely.”

Meanwhile, the basketball star has received lots of support from Team USA her family, and many other people, though not from everyone.