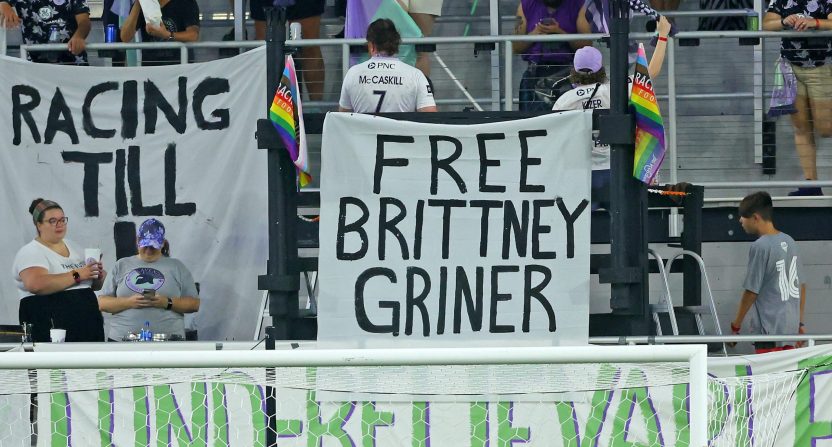 American WNBA star Brittney Griner was sentenced to nine years in prison last week. Monday, Griner and her legal team filed an appeal of that sentence after Russia confirmed that negotiations over a potential prisoner swap between the United States and Russia were underway. The plan would swap Griner and another American prisoner for Russian prisoners currently in American prisons.

While not everyone in America seems sympathetic to Griner’s situation, a spokesperson for the U.S. State Department confirmed on Monday that they remain resolute in the notion that the basketball star is wrongly detained and they are “in communication” with Russia about the next steps.

Bill Richardson, a former U.S. ambassador to the U.N., reportedly went to Russia in July to help broker talks between the two nations over Griner and fellow prisoner Paul Whelan. He spoke with ABC News Live this week about the situation and how an exchange could proceed despite the fact that the relationship between the two countries is “toxic.”

“There’s been a prisoner exchange about two months ago, Trevor Reed, that I was indirectly involved in,” said Richardson. “I think the legal team of Brittney Griner has been effective [in] showing contrition, acknowledgment of the mistake and now the appeal. And I think…this potential return date from the American side is very important to [Russian President Vladimir] Putin. So I think both sides are moving in the right direction and I’m optimistic.”

While Richardson said he couldn’t get into details about his visit to Russia, but did add that “both sides are moving in the right direction because they’ve done it before, despite the fact that the relationship between the United States and Russia is toxic. Totally toxic.”

As far as when we might hear about a solution to bring Griner back to the United States, Richardson wanted to be clear that there is no specific timeline for these things.

“Well, you don’t want to get into a timeline,” said Richardson. “I know the families are suffering. I think it was a great effort to combine them. An American Marine, a basketball star. We want both, but I think the Russians will want parity. So I’m optimistic because it was done before.