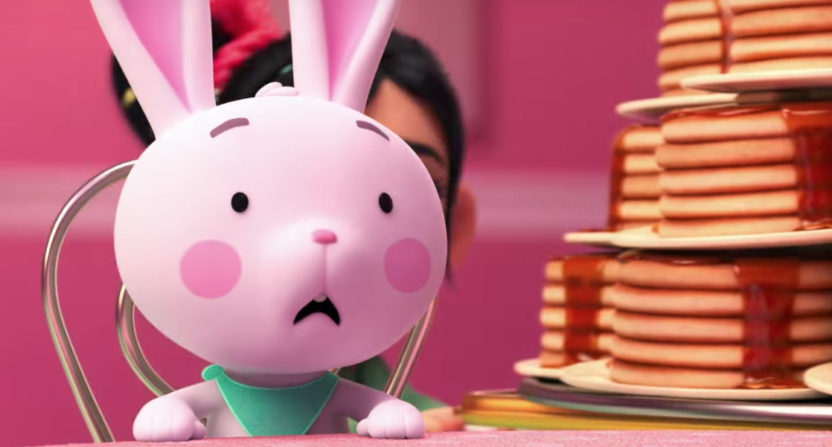 We love trailers here at The Comeback. Sometimes, these previews better than the movies or TV shows they’re promoting. But a good trailer is also a form of entertainment all by itself.

This week, we got our first look at Michael B. Jordan’s next project after Black Panther, Johnny Lawrence picking up where John Kreese left off, the long-awaited sequel to Wreck-It Ralph, and a trailer for what looks like an outstanding Elvis Presley documentary.

Jordan plays Guy Montag in the adaptation of Ray Bradbury’s acclaimed novel, Fahrenheit 451, a firefighter tasked with burning outlawed books. This trailer is very much a teaser, however, not indicating that Montag’s journey goes much further than what’s shown here. Michael Shannon as Montag’s boss, Captain Beatty, is also terrific casting.

Presumably, we’ll get a full trailer from HBO before Fahrenheit 451‘s release, reported to be in May.

So is this how Cobra Kai‘s going to do it? Releasing little teasers up until whenever the Karate Kid sequel series debuts on YouTube TV?

This second teaser isn’t as entertaining as the first one, though maybe that’s because it focuses more on Johnny Lawrence (Billy Zabka) and doesn’t have the surprise of seeing Daniel LaRusso (Ralph Macchio) more than 30 years later. But that’s a familiar mantra that Johnny is teaching his new students.

We get a little bit more comedy in this one, however, especially with Johnny’s student asking him how to best wash the windows. No fear or pain in this dojo, and most certainly no “wax on, wax off.”

Ready Player One looks like it’ll be fun when it hits theaters in March, but is it possible that 2012’s Wreck-It Ralph already did that story — at least from a video game nostalgia viewpoint — really well?

Maybe it’s not easy to remember, considering that movie came out five years ago. But now Ralph is back and he’s ready to tackle the internet, which seems like the natural next step from arcade video games. There’s so much culture to cover, but based on this trailer, Ralph Breaks the Internet will provide plenty of nostalgia from the early days of the internet.

And the mobile game parody is spot-on. That poor bunny.

Has there been a definitive Elvis Presley documentary? (I’m partial to The Burger & The King, about Presley’s love of food, though don’t know if it’s available anywhere.) The Searcher looks like it could be the one, based on this trailer. (The movie will also have an accompanying soundtrack of hits, live performances and alternate versions of songs.)

Directed by Thom Zimny — who’s worked on a variety of Bruce Springsteen documentaries and has a Johnny Cash documentary coming up, according to IMdB — gets down to what influenced Elvis musically, his embrace of what was perceived as black music, and where he wanted to go with his music. It’s also very intriguing that this film — which runs three hours and in two parts — will apparently explore the dilemma of creating popular art from pain and trying to live a normal life after that.

HBO has become the home of fantastic music documentaries in recent years, among them Judd Apatow’s film on The Avett Brothers, David Bowie: The Last Five Years, The Defiant Ones and Martin Scorsese’s George Harrison film.

Paramount Network’s Waco miniseries, about the standoff between the Branch Davidian cult and the FBI and ATF, drew OK ratings for its six-episode run. Netflix might have a bit more success with its documentary series about a cult that established a community in Antelope, Oregon in 1981.

For one thing, Wild Wild Country won’t face the “Where do I find that channel?” question. This also isn’t a dramatization and won’t face the burden of comparison with real-life events. The central conflict might be more compelling as well, pitting the Rajneeshee group against the people who already lived in Antelope, rather than law enforcement and the government. There’s also the question of religious freedom and people fearing what they don’t understand.

One more note: If you were a fan of The Battered Bastards of Baseball, this film is directed by the same filmmakers, Chapman and Maclain Way.

Another Adam Sandler film on Netflix might cause some to cringe, but his original movies have been a big hit for the streaming provider. And in The Week Of, Chris Rock (whose latest comedy special, Tamborine, is also available on Netflix) has come to help.

Traditionally, the daughter’s family foots the bill for a wedding, which is the position Sandler’s character is in. The groom’s father, played by Rock, is in a much better financial position to help. But Sandler and family are determined to make it work, even if they have to cram everybody in their house during the week of the wedding. Don’t be afraid to elope, kids.

In recent years, we’ve seen a handful of films —Thank You for Your Service, Billy Lynn’s Long Halftime Walk, Last Flag Flying among them — about the effects of the Iraq and Afghanistan wars on the soldiers who go off to fight them and the difficulties they face in trying to re-acclimate themselves to civilian life.

What we haven’t necessarily seen is a story devoted to the families that have been left behind. That’s where Sadie, written and directed by Megan Griffiths (Room 104, The Night Stalker), is going with a story about a young girl whose father has been gone for a long time on multiple tours of duty. And her family is barely keeping together as a result, especially with her mother tired of putting her life on hold. What does she end up doing as a result?

We’ll probably hear a lot more about Sadie after its premiere at SXSW.

A TV drama about a Wyoming ranching family calls to mind soapy 1980s shows like Dallas, Dynasty and Falcon Crest. (At least if you’re of a certain age.) But with Taylor Sheridan’s name attached, it should be apparent that Yellowstone won’t be a melodrama. The writer of Sicario and Hell or High Water probably has some darker storylines and character arcs in mind. There’s gonna be some violence. And Kevin Costner’s voice also sounds gravelly, so you know this is serious.

Hopefully, Kelly Reilly gets a better role here than she did as Vince Vaughn’s wife in True Detective, Season 2. That was painful to watch and a waste of a good actress.