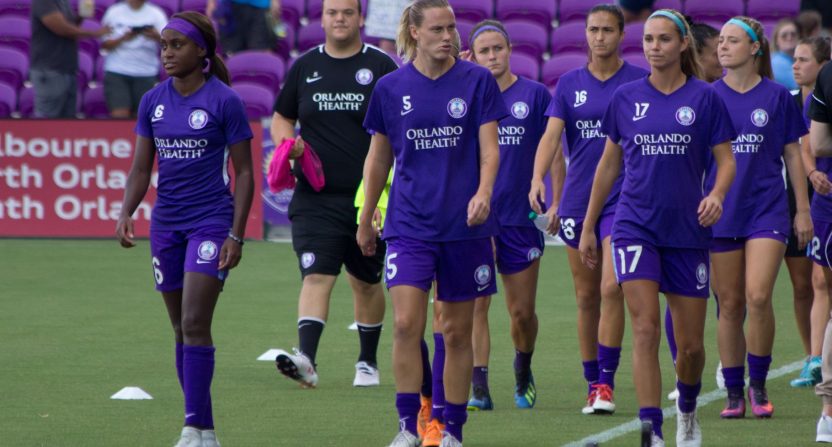 The NWSL has the distinction of being the first US based sports league from the stick and ball variety to come back to play. That distinction comes around a time that positive COVID-19 cases in the United States are rising and the NWSL isn’t immune to the rising number of positive cases within the sports world.

Nine teams were supposed to head to Utah for the NWSL Challenge Cup but unfortunately, one team will not be attending. The Orlando Pride announced that due to multiple players and staff testing positive for COVID-19, they will not be participating in the tournament.

It was revealed by the NWSL that six players and four staff members tested positive and all are asymptomatic. The team said that because the NWSL team trains at a separate facility, they didn’t have any contact with the MLS and USL team, who are set to come back in the future.

Orlando, as well as the state of Florida, has been a hot spot for positive cases, so it’s unfortunately not a surprise there are a bunch of positive cases for a team based in Florida. One big problem for the NWSL is that teams are set to travel to Utah later this week to begin the tournament on Saturday. While there is testing, there’s no 14-day quarantine before the tournament. Testing does take out much of the concern, but chances are there would be fewer positive cases had there been.

The NWSL Challenge Cup is set to begin with the North Carolina Courage and Portland Thorns FC on CBS Saturday at 12:30 pm et.

[UPDATE]: The Athletic’s Meg Linehan reported that sources told The Athletic multiple players visited a bar in Orlando due to Florida being reopened that required additional testing, likely the cause of the positive cases.