For as much as we love it, baseball is an imperfect game. There is plenty that's wrong with the sport, plenty of things that desperately need to be changed, yet won't because of tradition, the fear of radical change, or simple politics. But that doesn't mean that we can't dream about what some of these changes would be. 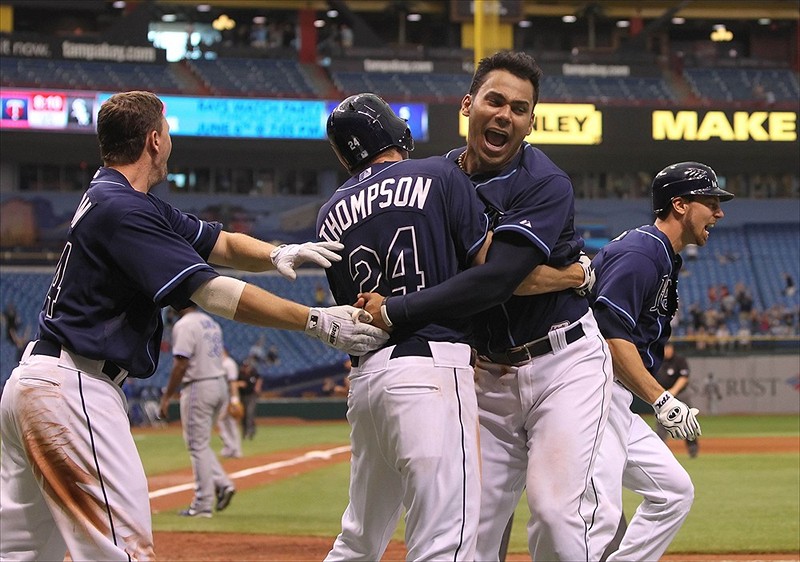 1. Relocate the Tampa Bay Rays and Oakland A’s
The Rays are one of the most efficiently run organizations in Major League Baseball.  They’ve been a championship caliber ball club for five years now, and the fact that they draw a mere 18,000 fans a game is criminal.  Every time a team moves or an expansion team is founded, Portland is one of the cities mentioned.  They’d immediately have a geographic rivalry with the Seattle Mariners, so the market is certainly there.  I haven’t put a ton of thought into their mascot so we’ll just assume they’re the Portland Ports.  As far as the A’s go, their fix would be really simple, moving to Sacramento.  It isn’t a terribly far move, so they’d be able to maintain what little fans they have.  Sacramento has an extremely successful AAA club and would be a good draw on a nightly basis for professional baseball.

2. Restructuring the divisions according to geographic location
This is always a popular one among sports fans.  For me, it’s all about creating and taking full advantage of geographic rivalries.  If it were me, I’d change the divisions up in a major way.

3. Restructuring the playoff format
I actually got this idea from fellow Outside Corner and Monkey with a Halo writer Garrett Wilson.  The idea is that only a certain number of teams would be eligible for the playoffs.  The top 15 teams in baseball would play in the Champions League, where they would compete for the opportunity to play in the World Series.  The other 15 teams would be playing for an opportunity to reach the Champions League.  The bottom two teams in the Champions League would drop down to the lower league for the following season and the top two teams from the lower league would be in the Champions League. It isn’t necessarily a foolproof plan, but it would add an extra twist in teams' approaches to free agency. Sure, executives across the league would get sick to their stomach at the concept of relegation in the major leagues, but it's working out pretty well in the English Premier League. 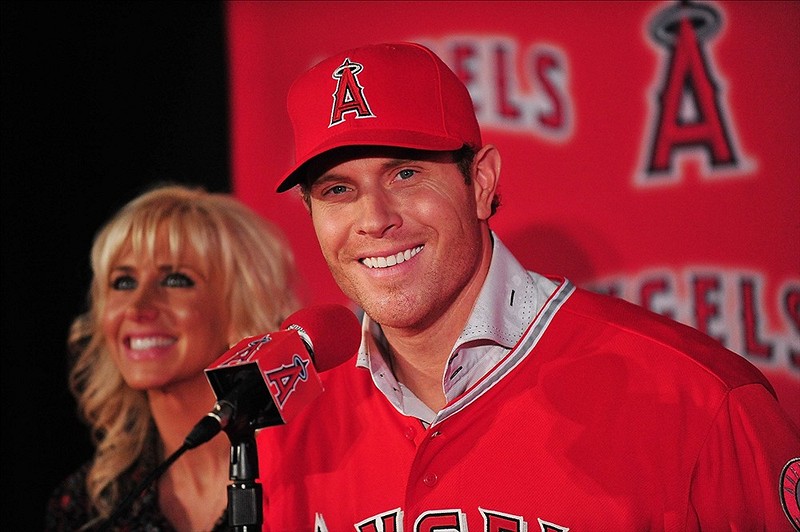 4. Introducing a slotted free agent system
If a private third party could evaluate and set a value to free agents, it would no longer be a matter of money.  The Dodgers and Yankees couldn’t reasonably outbid other teams for the top players in the game.  Players would then have a different set of factors in their decisions of where to play and we could remove greed and money as the main reasons why a player signs in a certain place.

5. Establishing a team salary floor and ceiling
The idea of this would take revenue sharing in Major League Baseball to an entirely new level.  If we could set the salary minimum at $60 million and the salary limit at $180 million, it would hardly change the game.  But it would bring about greater competition from small market teams, and prevent large market teams from dominating their neighbors.

6. Expanding instant replay to include close plays
I actually don’t think this is so far fetched.  I understand that Bud Selig is completely opposed to this, but we’ve seen it work.  It can work, we have the technology and could very simply be implemented.  Everything from close plays at first base to calls at the plate.  If we have an umpire in the booth and allow managers one or two challenges per game, it would significantly slow the game down given there’d be less manager – umpire arguments and there wouldn’t be any doubt left as to whether the right call was made.

7. Install an electronic strike zone
I’m actually not entirely sure if the technology is there yet, but given MLB.com’s Gameday and the way it tracks pitches, you have to figure it is possible.  I just feel like I’ve watched enough Red Sox and Yankee games to realize that there is a serious degree of bias that occurs in umpiring games.  I’m not entirely sure if it’s because umpires are being intimidated by home crowds, told to call the game or certain way or are just really conveniently bad any time a rival plays against baseball’s Evil Empires, but it does seem evident that the mistakes need to be eliminated.  An electronic strike zone would eliminate a lot of arguments between players, coaches and umpires and best of all, eliminate any doubt in the minds of fans.  Again, the most important part here is that we get it right and right now, umpires are routinely not getting it right.

8. Having a true World Series between the U.S. champion and the Japanese champion
I’m not sure if this would be a fun exhibition or something Major League Baseball would actually take seriously.  But it would be a lot of fun and satisfy curiosity of a lot of fans such as myself about how cohesive teams in the separate leagues would compete.  But imagine the worldwide popularity of seeing the San Francisco Giants playing against Yomiuri Giants in the Tokyo Dome.  The different styles of play, the different balls and fields in play, the players being unfamiliar with one another would make this an interesting series.  Regardless of whether or not it would be a blow out, I would find it to be a fascinating spectacle and must-watch television.

9. Having a U.S. and Japanese All-Star game
This would for sure be an exhibition game, and would do more to spread the international popularity of this game than the World Baseball Classic.  And while we’re at it, let’s stop letting the Midsummer Classic dictate home field advantage in the World Series.

10. Offering invited players large bonuses for playing in the World Baseball Classic
This would just be an attempt to field a competitive U.S. team for the World Baseball Classic.  Putting out the likes of Derek Holland instead of Clayton Kershaw or Justin Verlander puts the legitimacy of such a tournament in serious question, as does keeping the likes of Mike Trout and Prince Fielder off the roster.

11. Allowing players to use metal bats in the Home Run Derby
This would definitely spice things up in the homerun derby.  It would already be a blast to watch Mark Trumbo and Giancarlo Stanton face off in the ultimate test of Herculean power, but if we put metal bats in their hands, could we see 600+ foot homeruns?  I have no idea, but I’d sure love to find out. Besides…wouldn't you love to hear the "PING!" of a metal bat in a major league stadium?

So what ideas do you have?