One of the big moves that didn’t occur at last week’s winter meetings was a Justin Upton trade. It’s no secret that the Braves are trying to trade the 27-year-old slugger, but finding the right match obviously hasn’t happened yet.

Rumblings are that Atlanta is looking for a better return than the one received from the Cardinals in exchange for Jason Heyward. That deal brought Shelby Miller, previously considered one of St. Louis’ top young arms and under team control for another four seasons, along with Single-A pitcher Tyrell Jenkins, now ranked among the Braves’ top 10 prospects by Baseball America.

While Heyward is two years younger, among the elite defensive outfielders in MLB and set to be paid half as much at $7.8 million next year, Upton’s 29 home runs were the second-highest total among right-handed hitters in the NL last season. Right-handed power is in increasingly short supply throughout the sport, putting Upton at a premium.

The market for Upton would appear to be growing. Nelson Cruz is no longer a free agent, having signed with the Mariners. Matt Kemp was traded to the Padres. Yoenis Cespedes was dealt to the Tigers. With other options like switch-hitting Melky Cabrera and aging Torii Hunter also now unavailable, the urgency to make a move for Upton is likely increasing among teams in need of his talents.

Despite acquiring Kemp last week, San Diego is reportedly pursuing Upton hard. Fox Sports’ Ken Rosenthal quoted a MLB executive who said the Padres are “all over” the outfielder. General manager A.J. Preller has the young, cost-controlled pitching that the Braves seek in return. Andrew Cashner (two years from free agency) or Tyson Ross (under club control through 2017) would likely appeal to Atlanta. 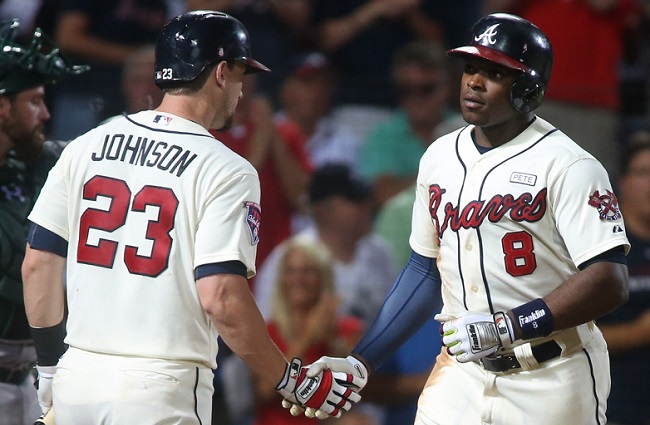 But the Padres clearly have visions of contending next year, and it’s difficult to see them doing so without either one of those arms at the top of their rotation. Top pitching prospects Matt Wisler, Joe Ross or Max Fried could be pieces that gets a deal done, however. San Diego also may be in need of a third baseman, and the Braves would reportedly love to package Chris Johnson along with Upton.

Another team in need of a third baseman and a power-hitting outfielder is the San Francisco Giants. After losing Pablo Sandoval in free agency and finishing third in the Jon Lester auction, the World Series champs are interested in making an impact move. With the money not spent on Sandoval or Lester, the Giants’ payroll presumably has room for the $32 million owed to Upton and Johnson. And San Francisco’s minor league system has young pitchers like Kyle Crick, Keury Mella and Tyler Beede to offer.

Interestingly, the Giants aren’t terribly interested in Johnson, according to USA Today‘s Bob Nightengale, though they seemingly have an opening at third base. Maybe a two-year, $17.5 million obligation for a hitter who batted .263 with a .653 OPS last season and plays subpar defense (credited with -13 Defensive Runs Saved) has something to do with that. Could the Braves poison a deal if they insist on including Johnson in any deal for Upton?

The Rangers have been linked with Upton in trade rumors for the past two years, but were previously unwilling to surrender a shortstop prospect like Jurickson Profar to the D-Backs. Might GM Jon Daniels be more interested in doing so now with a major need for a left fielder and right-handed bat? Luis Sardinas is another possibility and Rougned Odor would be a great fit for the Braves at second base. Additionally, Texas got pitching prospects Jake Thompson and Corey Knebel from the Tigers for Joakim Soria last season and could flip them to Atlanta in a deal. 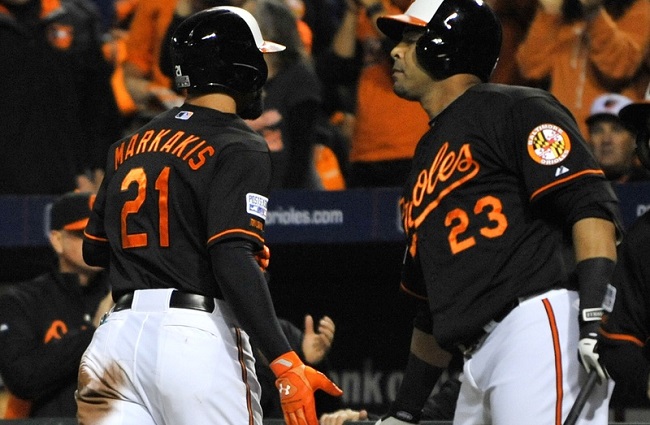 Personally, I’m surprised we aren’t hearing more about the Orioles pursuing Upton. After losing Cruz and Nick Markakis, does any MLB contender currently have a greater need in its outfield? Baltimore certainly has arms like Kevin Gausman, Dylan Bundy and Hunter Harvey that could make a deal happen, but GM Dan Duquette is likely very reluctant to give up that kind of talent when Upton can become a free agent after next season.

Trading young, cost-controlled pitching for what’s likely to be a one-season rental also reportedly doesn’t appeal to Mariners GM Jack Zduriencik, who once had a trade for Upton in exchange for a four-player package built around Taijuan Walker nearly completed. But Seattle was on Upton’s no-trade clause and he vetoed the deal. Upton still had three years to go before free agency when that trade was proposed in Jan. 2013. Obviously, things are different now. Zduriencik has already turned down a deal involving Jordan Zimmermann and Ian Desmond, both of whom can be free agents after next season.

MLB.com’s Mark Bowman also mentioned the Royals as a possible destination for Upton, but Dayton Moore surely feels the same way as his GM peers about trading young pitchers for a one-season fling. Kansas City also probably addressed its opening in the outfield by signing Alex Rios to a one-year, $11 million contract. Is Upton better? Sure — especially for a power-starved team like the Royals. But Rios was much cheaper financially and Moore didn’t have to give up anyone for him.

That’s a pretty competitive market for Upton, which would appear to work in the Braves’ favor. As we approach the end of the year and teams begin to make plans for spring training, Atlanta will likely feel more pressure to make a deal while Upton’s suitors fight to land one of the game’s best sluggers. Of course, there’s always a possibility that the Braves could keep Upton. They’re a better team with him. But clearing a spot for Evan Gattis would save money and the potential return for Upton is likely too tempting for team president John Hart to resist. Atlanta seems to be too far down this road to turn back now.