After two decades of baseball anonymity, the Steel City has become much more than just a football town thanks to the last two seasons of Pirate prosperity. The ascension of Andrew McCutchen to MVP status has highlighted Neal Huntington’s long rebuilding process, and the Pirates have become one of the best teams in the National League because of it. Now in the throes of success for the first time in a long time, what can the Pirates do to improve on two straight Wild Card Game appearances and make all that hard work worth the wait? 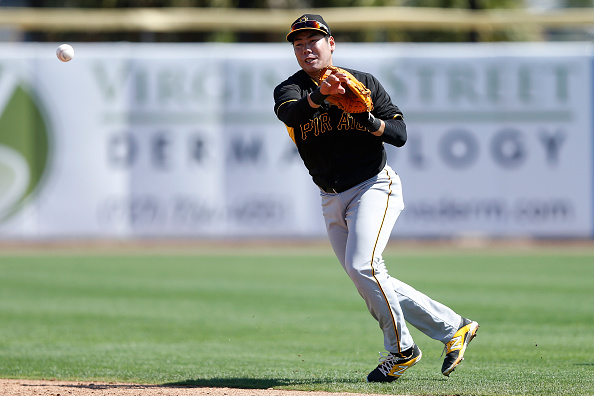 DUNEDIN, FL – MARCH 3: Jung Ho Kang #27 of the Pittsburgh Pirates makes a play at second base during the game against the Toronto Blue Jays at Florida Auto Exchange Stadium on March 3, 2015 in Dunedin, Florida. The Pirates defeated the Blue Jays 8-7. (Photo by Joe Robbins/Getty Images)

Impact Rookies: The rookies just keep coming for the Pirates. While last year’s arrival of Gregory Polanco wasn’t as great as fans might have hoped, Gerrit Cole’s arrival in 2013 was the first salvo fired by the Pirates in their rebuilding plan. Now, the pitching staff is set to welcome two new arms into the fold.

Top pitching prospect Tyler Glasnow was downright dominant in 2014, striking out 11.4 batters per nine innings at High-A Bradenton. He’s set to begin 2015 at Double-A Altoona, and if he can once again dominate in the Eastern League, there’s a good chance he could step in come mid-season. On basically every pre-season prospect list, he’s in the Top 25, and he’s projected to be a #2-3 starter with the opportunity to be a #1 if everything goes right. It might seem a bit aggressive and against what the Pirates have done in previous years, but with A.J. Burnett winding down and Vance Worley fit to blow up at any time, a strong start to Glasnow’s season might make Mr. Huntington pick up the phone.

The other pitcher is former top prospect Jameson Taillon. The Canadian right-hander was all set to join Cole in the starting rotation last season, but before he could even get going, he had to go under the knife for Tommy John surgery. His 2013 season wasn’t exactly killer, but some of that could be attributed to a balky elbow. Now that he’s healthy, he’s only 23 and only has Glasnow ahead of him on the Pirates prospect rankings. If he can show that the elbow issue is truly behind him, he could be the first guy called up if the Pirates need to improve on the back end of the rotation. He should start the season at Triple-A Indianapolis.

Finally, Jung-ho Kang was signed to a 4-year, $11 million contract out of the KBO of South Korea. A shortstop with pop, Kang’s ability to translate to the Major League level has been questioned, but he already has an opposite-field home run in Spring Training this season. His role for the Pirates this year will be as a super-utility player, and if Jordy Mercer doesn’t get off to the best start at short, Kang will get a shot to show his stuff, even if the glove might be better suited for third base. 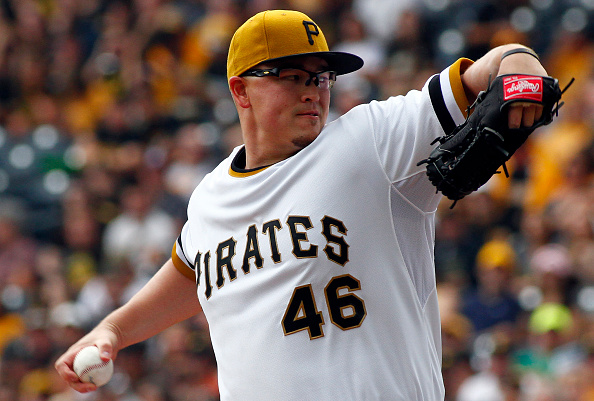 PITTSBURGH, PA – SEPTEMBER 21: Vance Worley #46 of the Pittsburgh Pirates pitches in the first inning against the Milwaukee Brewers during the game at PNC Park on September 21, 2014 in Pittsburgh, Pennsylvania. (Photo by Justin K. Aller/Getty Images)

Position Battles: Kang’s arrival might get him into the mix at a couple of spots. If Josh Harrison turns back into a pumpkin, Kang might step in at third. The aforementioned Mercer situation could easily occur. He might even take some time at first base if Pedro Alvarez can’t make things happen.

On the hill, Jeff Locke is going to give Vance Worley a run at the fifth starter’s spot, and so far in Spring Training, he’s looked better than Worley, so keep an eye there. Of course, once Taillon or Glasnow is ready, it’s going to be a moot point, but Locke has definitely had success in the past that makes you think he could fit in as a back-end rotation guy.

There’s also a question behind the plate. Chris Stewart is highly-regarded for his defensive prowess, as is Francisco Cervelli, and there’s not much separating the two in a lot of ways. Cervelli is exepcted to get the bulk of the playing time, but don’t be surprised if Stewart steps in at the first sight of Cervelli struggling. 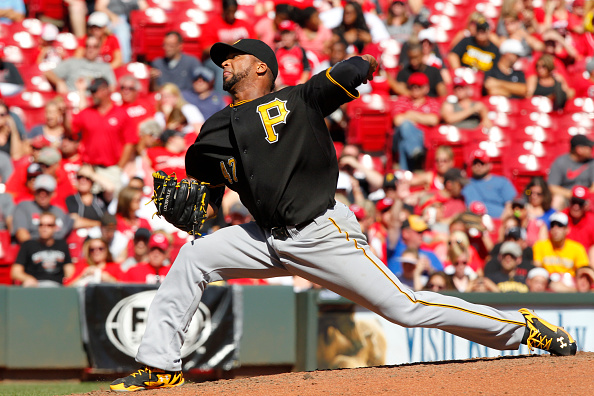 Injury Concerns: It starts with the pitching staff. Francisco Liriano and A.J. Burnett are both injury-prone, and Morton returned from arm issues last year. If the pitching staff can stay healthy, the Pirates will continue to see success, but there are major questions here.

There’s overall concern about Pedro Alvarez in many ways, and he did miss time in 2014, but many believe that it was more motivational than physical health. Outside of those concerns, the Pirates are generally regarded as an organization that keeps its players healthy. With such a deep team (Kang and fellow super-utility man Sean Rodriguez are there to back things up, along with the pitching options) even if something unexpected happens, the Pirates will be ready. 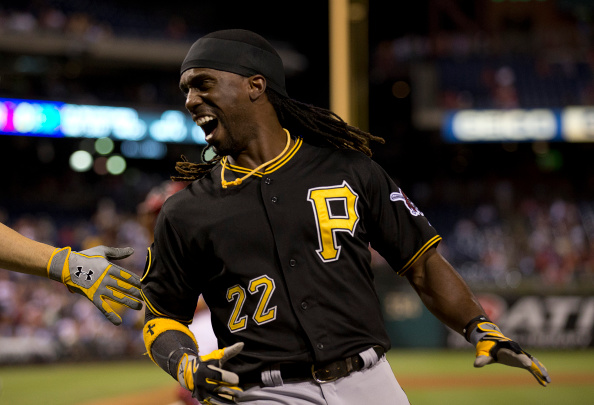 PHILADELPHIA, PA – SEPTEMBER 10: Center fielder Andrew McCutchen #22 of the Pittsburgh Pirates reacts after hitting an inside the park home run in the top of the fifth inning against the Philadelphia Phillies on September 10, 2014 at Citizens Bank Park in Philadelphia, Pennsylvania. The Pirates defeated the Phillies 6-3 (Photo by Mitchell Leff/Getty Images)

Oh, I guess I have to elaborate, huh?

It’s totally cliche to go with the former MVP, but it’s pretty obvious that McCutchen is the heartbeat of this team. His presence in center field makes the engine go and he’s the guy people are depending on to continue to lead this team. His performance over the past few seasons has been remarkable, and for the Pirates to contend, he’ll have to continue to be great. Out of any of the important players in this series, he might be the most obvious choice. 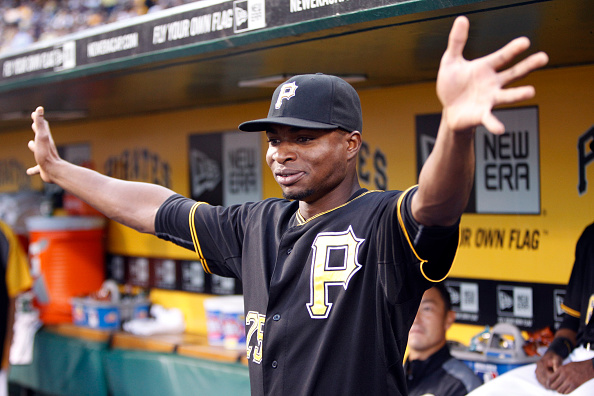 PITTSBURGH, PA – SEPTEMBER 20: Gregory Polanco #25 of the Pittsburgh Pirates stands in the dugout before the start of the game with the Milwaukee Brewers on September 20, 2014 at PNC Park in Pittsburgh, Pennsylvania. The Brewers defeated the Pirates 1-0. (Photo by David Maxwell/Getty Images)

X-Factor: Gregory Polanco needs to find himself in 2015. When he got to the Major Leagues in 2014, many Pirates fans were excited for Polanco to complete what would be the best young outfield in baseball. However, Polanco struggled to a .650 OPS over 277 at bats after a blazing start. The good thing is that he’s still very young, and there’s a lot of evidence that points to it becoming more difficult for top hitting prospects to make an impact immediately at the Major League level. When he’s great? He’s a 25-30 HR guy with enough contact skills that a .300 season is in play. He has a cannon for an arm in right field. And he hits left-handed, which helps balance out the line-up. If he takes the step forward in 2015, the Pirates will not only punch their ticket to the playoffs, but they all of a sudden become one of the more formidable line-ups amongst the top-tier teams in the National League.

Key Question: Will the starting pitching hold up?

The injury concerns are many, but on top of that, you wonder about the performance of this rotation. Liriano could fall off a cliff at literally any moment. Morton still needs to show he can do it over the course of a full season. Burnett is 38 and was on the cusp of retiring before deciding to come back to Pittsburgh. And don’t even bring up the fear of something happening to Cole. Yes, there are injury concerns, but there is plenty of ammo available for the team to fire in case the five starters as they are now indeed falter.

The team also has enough resources to trade for one of the numerous pitchers that will be on the market this year in case the in-house options go bad. Huntington has always been quiet when it comes to the big trades, but if he’s pushed to do so, he’ll pull the trigger if it’s going to be the difference between his team being a contender or being on the outside looking in at the National League playoff picture. 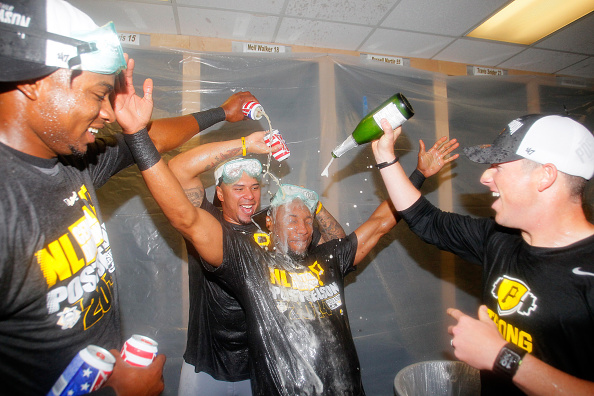 Best Case Scenario: Polanco breaks out, Kang takes over for Mercer at short and not only handles the position defensively, but pokes 20 homers. The starting pitching holds up and the arrival of Taillon (and possibly Glasnow) solidifies what ends up being a dang good rotation. In a season where the Cardinals consistency could break with some older players being of great importance, an NL Central championship and a 95-win season is actually not out of the question, but many things have to go right.

Worst Case Scenario: Polanco and Walker struggle. Harrison turns back into a pumpkin. Sadly, injuries to McCutchen and Marte really make things difficult. Not happy with his situation in Pittsburgh, Alvarez loses his pop and becomes another Ike Davis. The starting pitching gets hit with the dreaded injury bug, and the team limps to 75 wins.

Realistic Prediction: As of right now, they’re a playoff team with the ceiling of a division champion. That all depends on whether or not the starting pitching holds up and the offense clicks with good years from players the team is wishing happy thoughts about. The ascension of Taillon and perhaps Glasnow really has the opportunity to push the team forward, giving them a boost with the current youth movement. But this team should grab one of the two Wild Card spots in the National League at the very least, and you can bet Clint Hurdle will make sure that Gerrit Cole or Liriano is getting the ball this time around should they be in the one game matchup. I like this team to hover around the 90 win mark, but the optimist in me likes them closer to 92-94 wins, which in the NL Central, will be good enough to make them division champions.