Welcome to The Comeback’s Major League Baseball playoff preview series, in which we tell you why each of the teams headed for the postseason has a chance to win it all. We’ve covered Clayton Kershaw and the Dodgers, the Astros with Justin Verlander, the returning Bryce Harper and the Nationals, and Dustin Pedroia and the Red Sox. Up next, the AL Central champion Cleveland Indians.

The Indians were so close last season. They had a three-games-to-one lead in the World Series over the Chicago Cubs. The Cubs pushed the series to a Game 7, and took leads of 5-1 and 6-3 in the game. However, Cleveland battled back to tie the game on a dramatic eighth-inning home run by Rajai Davis off Aroldis Chapman. The Tribe appeared to be on their way to winning their first World Series championship since 1948.

But the momentum the Indians seized was killed by a rain delay following the ninth inning that allowed the Cubs to steady themselves and rally. When play resumed in the 10th, the Cubs took an 8-7 lead, went on to win the game and a World Series trophy that had eluded the franchise for 108 years. The Cubs had become a darling team on their quest to break the team’s World Series curse, and their championship victory was widely celebrated. But it was a heartbreaking circumstance for the Indians and a fanbase all too familiar with having glory snatched away. 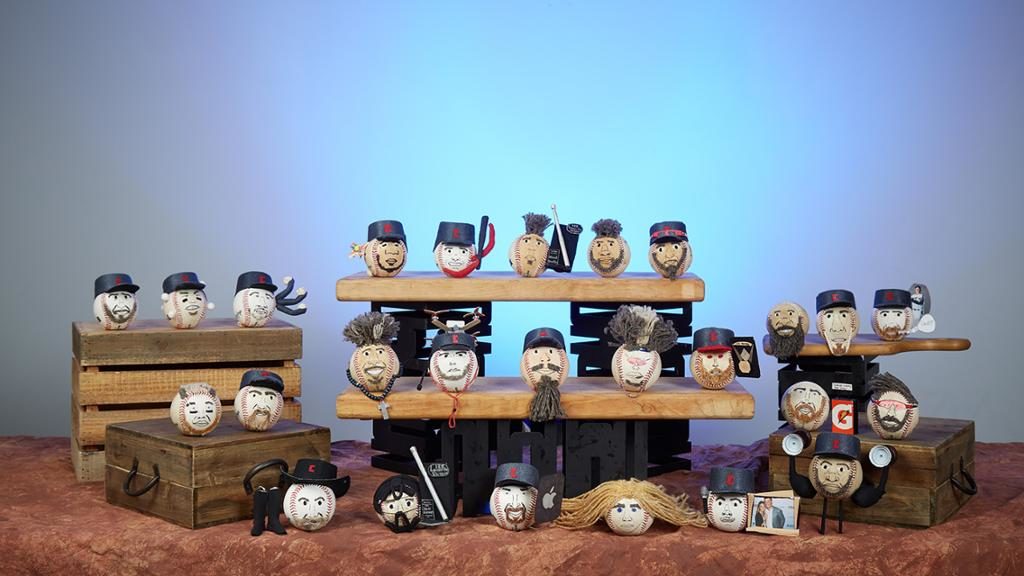 Having a championship within grasp only to lose it in agonizing fashion could have lingered with the Indians going into the 2017 season. But the front office tried to dispel any complacency with one of the more surprising signings of the offseason, adding slugger Edwin Encarnacion to an already powerful lineup. Pursuing a top free agent wasn’t business as usual for Cleveland, but the market worked out in the Indians’ favor and they put the rest of the American League on notice. This team intended to get back to the World Series and win this time around.

The Tribe did appear to carry a postseason hangover into the 2017 season, confirming manager Terry Francona’s fears that his players wouldn’t get over the loss. They finished April with a 14-10 record and just a half-game lead. That malaise continued through May and June, and lingered into July. Francona called the team out for a lack of urgency. Cleveland had a 47-40 record at the All-Star break, holding a 2.5-game lead over the Twins in the AL Central. They looked good enough to get to the postseason, but where was the team expected to dominate the AL throughout the season and challenge for a World Series title?

That team finally showed itself in August, going 19-9 and creating some separation from the Twins. You may have heard about Cleveland’s September, which included an AL-record 22-game winning streak. The competition was left in the dust and the Indians overtook the Astros for the best record in the league, something that didn’t seem possible a month earlier.

Corey Kluber was again pitching like a Cy Young Award winner, going 10-1 with a 1.34 ERA and 101 strikeouts in 84 innings. Mike Clevenger continued a breakout season, going 5-0 with an 0.69 ERA. Carlos Carrasco also went 5-0 with a 1.40 ERA. On the offensive side, third baseman Jose Ramirez, who’s been putting up MVP-caliber numbers all season, posted a 1.312 OPS in September. Shortstop Francisco Lindor compiled a 1.073 OPS, with Encarnacion not far behind with a 1.032 mark.

The 22-game winning streak was an obvious sign that everything had finally come together for the Indians. The hangover was finally shaken off. With the end of the season approaching, the team sharpened its focus and attention to detail, playing its best baseball at the best possible time. Led by Lindor (who some guy picked for AL MVP), Ramirez and Encarnacion, the lineup looks like a juggernaut. Jay Bruce, acquired at the trade deadline, hasn’t even made much of a contribution yet. Will he have a postseason impact?

It was another run-of-the-mill start for Corey Kluber. Just another 10-K, 7-inning, no-run performance. #Indians pic.twitter.com/qJwrKBAKiy

Cleveland’s rotation is far stronger than it was going into the playoffs last season, when Francona basically had Kluber, Josh Tomlin and Trevor Bauer to work with, with reliever Andrew Miller available at any time during a game to pitch multiple innings. (It should be noted that Miller was on the disabled list during the 22-game streak.) Clevenger and Carrasco have been outstanding. Danny Salazar hasn’t been as impressive, but he provides another powerful arm that can either start or be used in long relief.

In the bullpen, Miller returns in time for the postseason, though whether his health will allow him to be used as heavily by Francona as last year remains to be seen. He, Bryan Shaw and Cody Allen provide a strong back-end to the relief corps (even if Indians fans wish Allen was more of a dominant closer along the lines of Chapman, Craig Kimbrel or Kenley Jansen). And there’s more depth, something that’s extremely important in the postseason. Dan Otero, Nick Goody, Joe Smith (acquired as insurance against Miller’s injury), Zach McAllister can each contribute meaningful innings. Left-handers Tyler Olson, Ryan Merritt and Craig Breslow give Francona plenty of flexibility in late-inning situations (whether in matchups against left-handed batters or beyond).

The Indians can win games in any way necessary. This isn’t a team that has to slug its way to victory or rely on its ace to shut the opposition down. They can win a slugfest or a pitching duel. Their speed and defense can help them win games. And with a deep bench, it might not even be a star player that contributes in the most impactful situations. There’s no better manager than Francona to utilize all of those pieces for the ideal situation, and no one better at navigating a team through the difficulties of the postseason. The only effect last season will have now is reminding the Indians that they don’t want it to end the same way again.