Welcome to Wednesday. I briefly considered opening this up in a different way than normal, maybe with an inspiring anecdote, or a poetry selection reflecting upon the harsh brutality of winter.

But that sounds stupid, doesn’t it? Like, really stupid. So here we are.

The Cheat Sheet Investigates: can Tom Crean shoot a basketball? 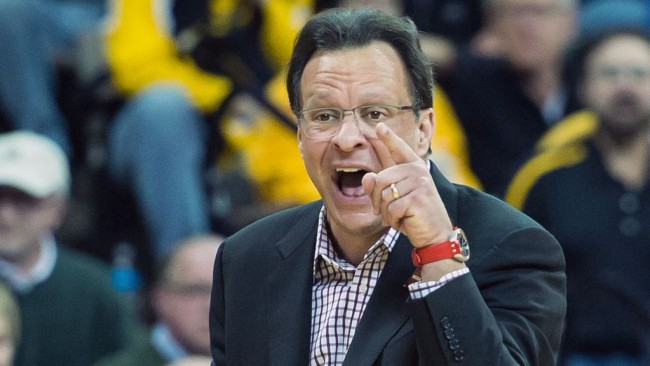 It’s rare that a Cheat Sheet dives into investigative reporting, but sometimes, things just beg to be solved. And since this mystery involves a chance to add to the ever-expanding list of Tom Crean idiosyncrasies.

Crean was in the news a bit this weekend, when he charged onto the court to express his displeasure with freshman Devonte Green’s decision to throw a last-second alley-oop in a game Indiana had blown open. This is fine, really, no matter what Deadspin would have you believe.

I’ve also written how he’s actually a pretty great coach, just a flawed one, and that getting Indiana’s season turned around is going to take a very good coaching job indeed.

But this is something else. A Q&A with a former Hoosier player surfaced yesterday that has caused us to wonder: can Tom Crean shoot a basketball?

It comes to us via Albers Angle, and the player in question is Jordan Hulls, a former four-year Indiana guard who graduated in 2013. Hulls was asked to provide something interesting about a variety of people familiar to Indiana fans. (Examples include how current Oklahoma City Thunder guard Victor Oladipo loves Chipotle.) But when it came to Crean, here’s what Hulls said:

I have never seen Coach shoot a jump shot. Ever. He would always demonstrate drills and such but he never actually fired it up there. Maybe he did it so we could just get on with the drill because he was always super efficient with practices and what we had to get done…But 4 years and never see him shoot a jumper? Pretty interesting, haha.

He never shot the ball! In four years! How is this possible? There are multiple videos available featuring glimpses into Crean practices, workouts, or clinics, and none that I found showed Crean actually putting up a j.

Here’s one that actually requires a coach to shoot as part of the drill, but it’s Indiana assistant Tim Buckley filling the role of a shooter:

This is fascinating. Is his form just so bad that any credibility he has as a basketball instructor (whose teams have been some of the most prolific 3-point shooting teams in college basketball) goes out the window?

This is one of the greatest mysteries of our time. For the record, I believe he probably can shoot a basketball. But the jury remains out!

If you have footage of Tom Crean firing up jumpers, please let us know, @TheComeback or at me directly. (Handle in my bio below.) Or in the comments.

We will stop at nothing to get to the bottom of this. Or we’ll forget about it right away, it kind of depends. 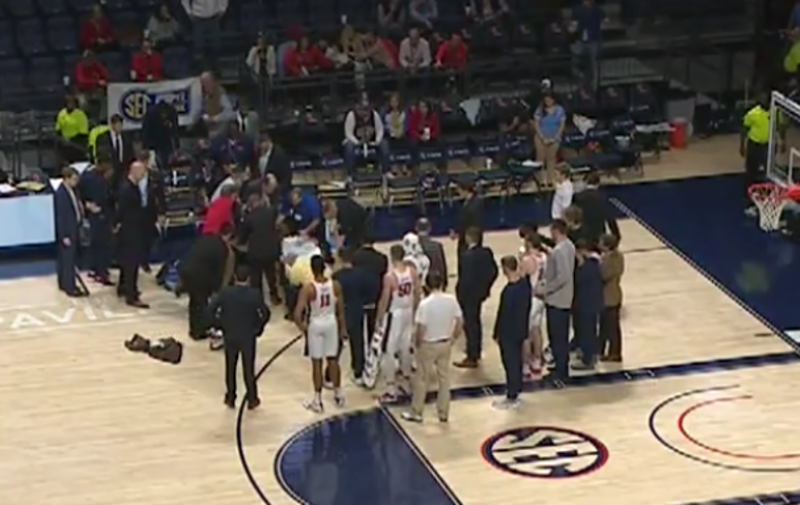 -Ole Miss guard Rasheed Brooks collapsed on the court Tuesday night, reportedly suffering a seizure. It was certainly a scary scene. Brooks is reportedly in stable condition at an area hospital, and hopefully he makes a swift and complete recovery.

-Here’s Marshawn Lynch playing chicken and popping wheelies on a bike, if you’re wondering how his retirement is going.

-Antonio Brown will be punished for broadcasting a Facebook Live stream of Mike Tomlin’s post-game team talk. Guessing that punishment won’t include sitting out any of the AFC Championship game.

-Randy Edsall pulled a scholarship from a recruit at the last second, proving once again that the “student-athlete” ideal peddled by the NCAA is nothing more than a facade. They don’t care about the players! Could this be any more apparent?

-Here are some Korean women trying American BBQ for the first time:

-Jerry Seinfeld is taking Comedians in Cars Getting Coffee to Netflix as part of a massive new production deal, which could spell the end for Crackle. Oh, and hey, speaking of Crackle, what’s up with Sports Jeopardy? Hosted by Dan Patrick? Haven’t had new episodes in forever, and their Twitter account looks dead?

Full disclosure: I auditioned back in 2015 and didn’t make it on, so maybe all the program needed was a contestant with my particular charms and charisma. (Or, you know, to not be on Crackle.)

-Jim Harbaugh continues to run Michigan football as a sort of Entertainment 720 (h/t Shutdown Fullcast), where it’s basically just content for sites like us. That took the form of Harbaugh going go-karting with a recruit, complete with video.

-Dave Lozo tackles the hard questions in this week’s NHL mailbag. Most notably: sweet potato fries or regular? (Regular, all the way. Also Five Guys is amazing. Just wanted to throw that in.)

-Here’s a frisbee defying the laws of physics as I know them (admittedly not well):

-The Cubs are taking full advantage of their honeymoon with fans. First they jacked up ticket prices (predictable) and now they’re not going to allow fans to print tickets at home. Welcome to the friendly confines! (That was not meant to be copyright infringement, please don’t sue me, Cubs, no matter how desperate you are for cash.)

-There might be a remake of White Men Can’t Jump, which is just horrifying news, as that movie was awesome.

Cool teachers are the best, and this guy is perhaps the coolest teacher, and therefore the very best. Also it’s the only good thing I’ve ever seen come from Inside Edition:

3rd Grade Teacher Has A Different Secret Handshake With Every Student