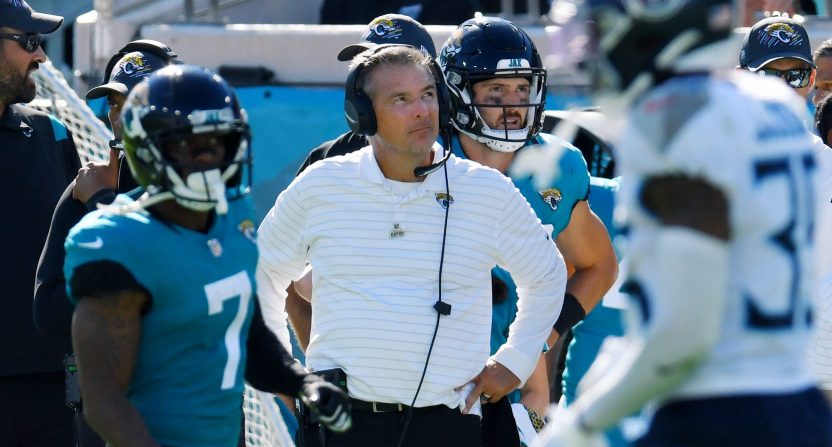 The college football coaching carousel is in full swing and we’re not even out of November yet.

This weekend alone we saw Florida hire Louisiana’s Billy Napier to replace Dan Mullen, USC hires Lincoln Riley away from Oklahoma, and Washington finds their next coach in Kalen DeBoer.

The Riley news was quite the bombshell, but perhaps this latest one is even bigger. Per multiple reports, the LSU Tigers have hired Brian Kelly away from Notre Dame.

Sources: LSU is expecting to hire Notre Dame’s Brian Kelly as the school’s next head coach. An announcement could come as early as tomorrow.

It’s a stunning development in the college football landscape and while there will be lots to discuss when it comes to how Kelly will work in Baton Rouge, the move also means that the Notre Dame head coaching job is now vacant. There are few positions more coveted in the sport and few positions with higher expectations. Even Kelly, who excelled there with a 92-39 and taking the Irish to the College Football Playoff twice, is considered to have fallen short for never winning a national title there.

Expectations will be sky-high amongst Irish fans for his replacement. They’re going to want someone who can reasonably return Notre Dame to the CFP and bring them their first national title since 1988. The list of people who can convince them of that is fairly small.

And while there are some very realistic candidates lurking in college football, such as Cincinnati’s Luke Fickell, there’s one candidate that immediately sprung to mind for many people.

The current head coach of the Jacksonville Jaguars made his reputation by taking great programs and returning them to glory. After going 12-0 at Utah, he took over the Florida Gators and piloted them to two national championships. Then he took on the Ohio State job and led them to a national title and perennial success.

While he went to the NFL in search of a new challenge, it’s been anything but fun for Meyer, who has had to suffer through an embarrassing scandal of his own making while his team has largely looked dreadful on the field. He’s openly complained about how grueling the league is and there have been lots of rumors amongst college football fans that he’d love to return to the game he has dominated for so long.

As Pro Football Talk pointed out, his wife once said that Notre Dame was one of his “dream jobs.” And there will never be a better time for him to take over the program, which is already on the verge of playoff status.

We’ll see how it plays out but in the meantime, there were plenty of reactions on social media to the possibilities.

With the Notre Dame job possibly opening, this might be the second thing to fall into Urban Meyer’s lap this year.

Has Urban Meyer to ND happened yet?

If Notre Dame doesn’t hire Urban Meyer to be their next head coach, then Urban Meyer is never coming back to coach college football.

As many have pointed out, if this actually happens, Urban would have the most perfect welcome back to college football possible.

We’ll see how this all goes in the days ahead. Meyer will probably be asked about the possibility on Tuesday. He’ll deny it or try to talk around it. And no one will believe him. Because as we’ve seen this week alone, there’s no reason to ever trust what a football coach says once the carousel start’s spinning.