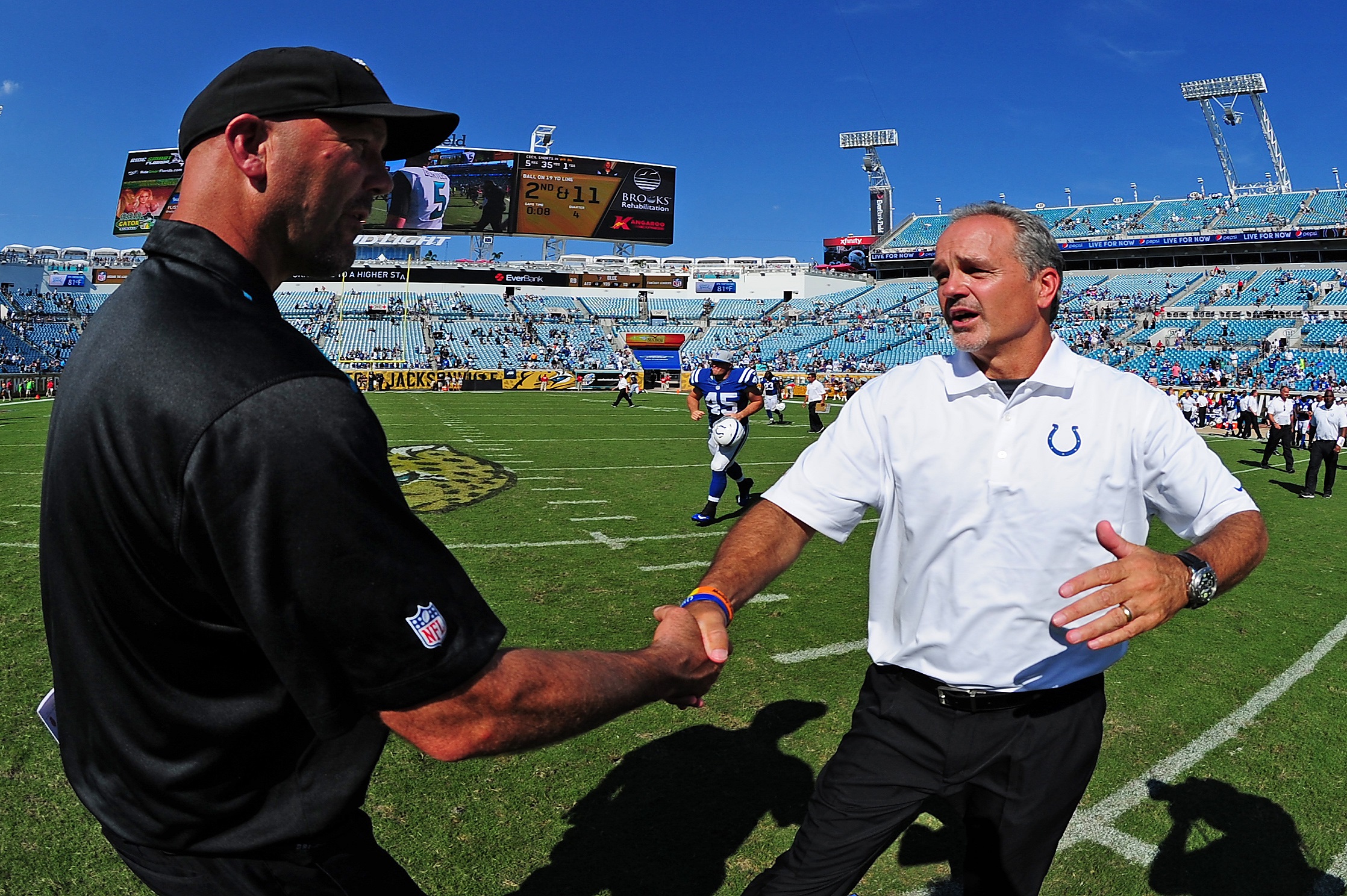 Chip Kelly went 26-21 in three seasons with the Philadelphia Eagles and he was “released.”

Gus Bradley has gone 12-35 in three seasons with the Jacksonville Jaguars and he just received assurances that he will be back as head coach in 2016.

The news was announced Tuesday by Jaguars owner Shad Khan, who also made it clear that the team will have to show continued improvement next season:

“I spoke to Gus Bradley today to confirm to him that he will continue as head coach of the Jacksonville Jaguars in 2016. It’s evident to see how far we’ve come in many aspects of our game, and Gus deserves a lot of credit for that progress. It’s also evident the considerable work that remains to be done to be where we expect to be at this time next season, which is well above where we stand today. And Gus understands that. [General manager] Dave Caldwell and I also spoke today and we are both confident that Gus will make 2016 the best year of his career. In the meantime, I expect his coaching staff and team to respond favorably to this news in preparation for Houston on Sunday and then begin thinking about what more they can provide next season. We have high ambitions.”

Technically-speaking, Bradley does have the lowly Jags moving in the right direction. He followed a 3-13 campaign in 2014 with a season that has five wins so far and the chance to win a sixth on Sunday.

What he does about his defense will probably determine whether or not Bradley is still coaching the team in 2017. On one hand, the team isn’t getting blown out quite as often as they did in Bradley’s first two years, they’ve also given up more points than any other Jacksonville defense in team history. All signs point to Bradley firing defensive coordinator Bob Babich and rebuilding the defensive coaching staff from the ground up like he did with the offense this year.

The way the NFL is set up for parity and the fact that the Jaguars are in the mediocre AFC South mean that they have every chance to be get competitive sooner than later. Khan is giving Bradley the kind of opportunity rarely afforded to NFL head coaches with losing records these days. We’ll find out in 2016 if he makes good on it.