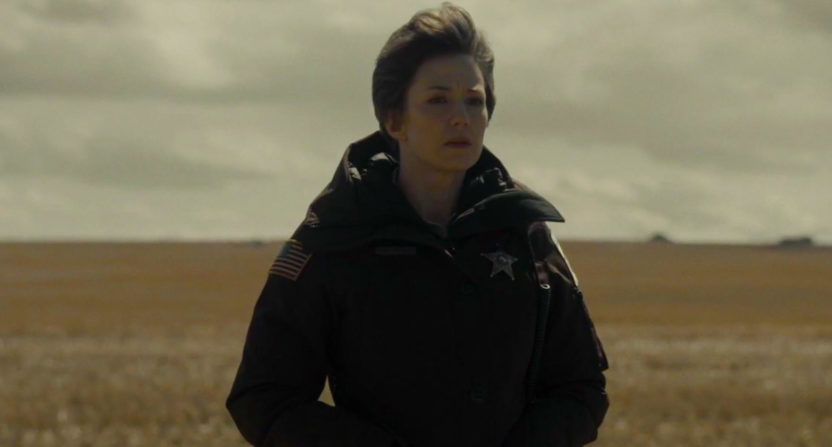 “There’s violence to knowing the world isn’t what you thought.” – Gloria Burgle

No one gets out alive? That looked like the way Fargo‘s third season was going to end, though Noah Hawley and Co. toyed with our emotions a bit on that. Ray Stussy was seemingly a major player in this story, fueling the conflict with his twin brother with his inferiority complex. But Ray was killed near the midpoint of the season, leaving behind his fiancée and brother to deal with the repercussions of doing business with V.M. Varga.

But there wasn’t much left at the end of episode 10, “Somebody to Love.” Nikki Swango was out for blood and her three-month plan to take down Varga and Emmit Stussy nearly came to a bloody resolution. Led to an abandoned storage facility where $2 million would be exchanged for the drives and documents Nikki stole, Varga’s gang was mowed down in a machine-gun ambush by Mr. Wrench. 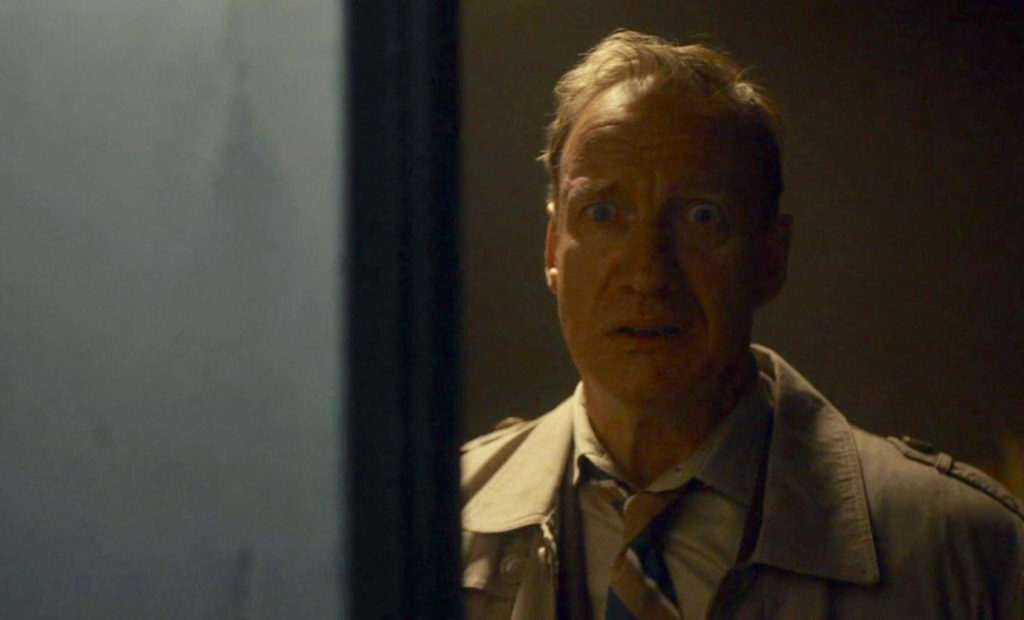 Despite being a loyal henchman, Meego was abandoned by a fleeing Varga. (It was surprising that Wrench didn’t kill Meego in the previous episode.) Fear was all over his face for the first time, confronted with a situation he had no control over. Faced with his demise, Varga showed he had loyalty to no one. Nikki was waiting for him with a sawed-off shotgun, but Varga somehow managed to escape. He vanished, leaving behind a garment like Obi-Wan Kenobi.

Surprisingly, Nikki isn’t interested in the blood-covered briefcase full of money. She tells Wrench to keep the cash, presumably a thank you for saving her life, working with her for the past three months, and being the muscle Ray never could have been for her schemes. It’s another confirmation that Nikki wasn’t in it for the money after all. She really did love Ray and just wanted revenge against the people who wronged him, who were responsible for his death.

Nikki seemed like the smartest person in the story all along, and her takedown of Varga and Emmit was planned to cover nearly every contingency. After realizing that by selling his company to the widow Goldfarb, he was really turning over full control to Varga, Emmit’s car stops on a remote road with no one around. A truck pulls up, apparently ready to help, but Nikki hops out with that sawed-off shotgun. This is where it ends, with Nikki blowing Emmit’s brain all over the road. Except she lets Emmit talk a bit too long, perhaps moved by his acknowledgement that he treated Ray badly and let him die. That gives a state trooper time to intervene. 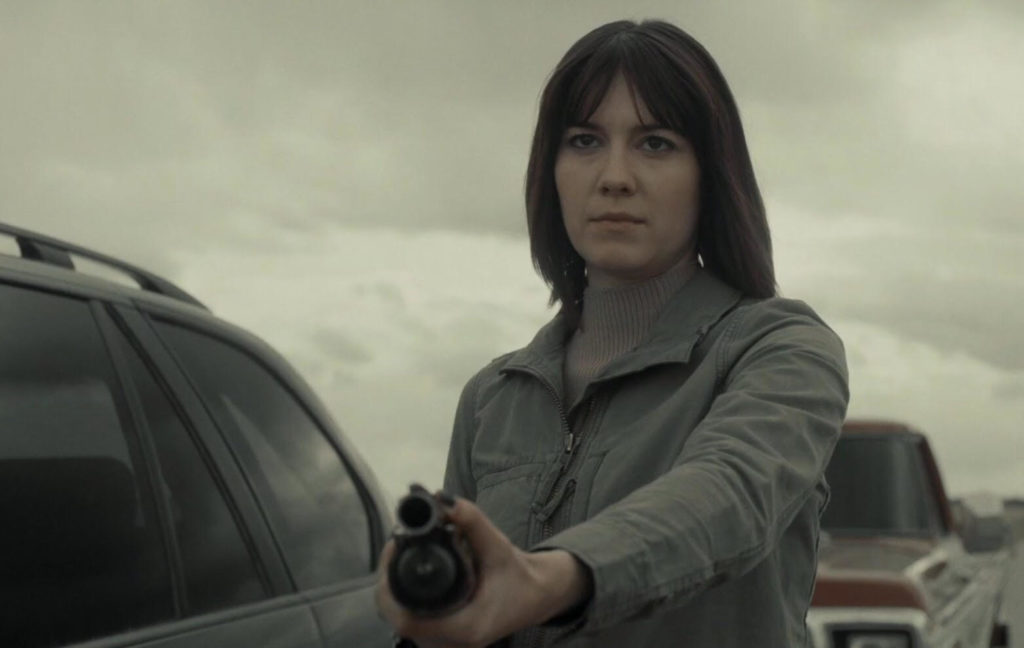 With the shotgun out in the open, there was no escape, resulting in Nikki and the trooper (who’s a really good shot) dying in a shootout. Nikki’s plan couldn’t account for everything. And she died without knowing whether Emmit or Varga paid for what they did to Ray. That’s not the ending many of us wanted to see for Nikki. Maybe she was never destined to win in the end — escaping somewhere with a whole lot of money, maybe with the kitten who might be Ray reincarnated — and find a happy ending.

If you want to be moralistic about it, she didn’t deserve to win. She killed Maurice LeFay and encouraged Ray to steal from his brother. No, she didn’t take out a million-dollar loan from Varga’s fake Narwhal lending company, but she put most of this tragic story into motion.

Nikki did arguably win, however, though she wasn’t able to enjoy the victory. Sending the drive and documents to IRS agent LaRue Dollard and putting him in contact with Deputy Gloria Burgle enabled the government to take down the newly named Realignment and convict Emmit of tax fraud. The damage was already done and the carcass had been picked clean, with $300 million unaccounted for in the aftermath. 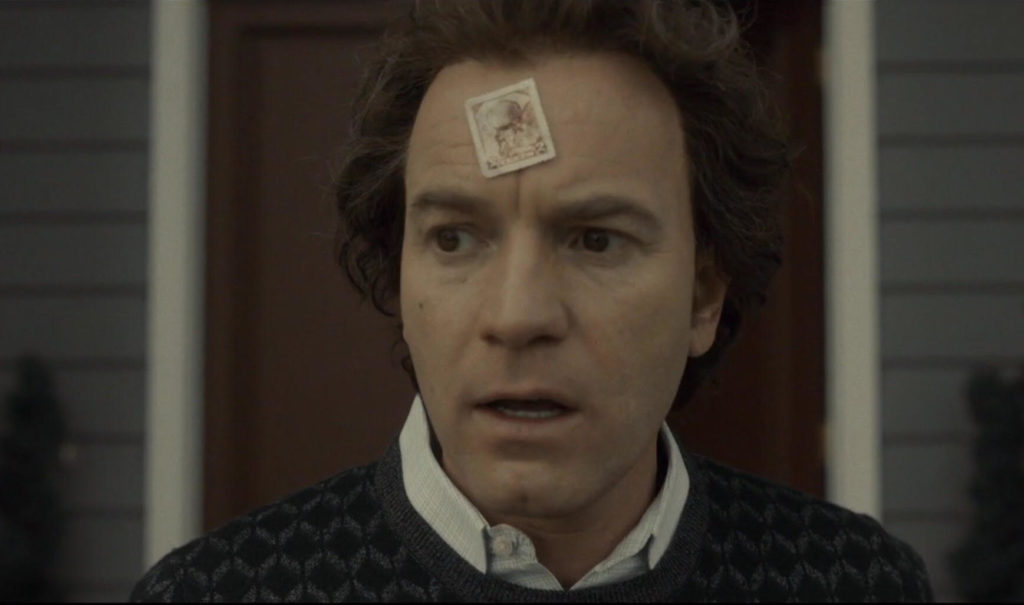 At least $20 million of that sum went to Emmit, who was probably hiding the fortune in an off-shore account set up by Varga. And Varga apparently had to flee the country after his enterprise crumbled. Naturally, he had plenty of money hidden off-shore to live a pretty good life of eating gourmet meals and puking them up afterwards.

After escaping death by shotgun, Emmit threw himself at the mercy of his wife, who presumably forgave him (for the shady business dealings and personal bankruptcy, not the phony sex tape). He was able to enjoy five years of freedom after a slap on the wrist for tax fraud. His family was back together, and maybe he even patched things up with Sy (who sadly appears to have been brain-damaged after being poisoned by Varga). Apparently, however, Mr. Wrench carried on Nikki’s grudge and need for vengeance. Five years seems like quite a long time to hold a grudge, but maybe he needed to find Emmit. Or maybe he was enjoying that $2 million somewhere before taking care of unfinished business. Whatever the reason, Emmit Stussy ended up face-first in a Jell-O salad with a hole in the back of his head.

Maybe the one person who found a happy ending was Gloria Burgle. On the verge of resigning as deputy before Dollard contacted her, Burgle was able to close out her case on a different path than she would have imagined. But contributing to a federal case paid big career dividends, as Burgle became an agent with the Department of Homeland Security. She was always a better cop than being police chief of Eden Valley allowed her to show. 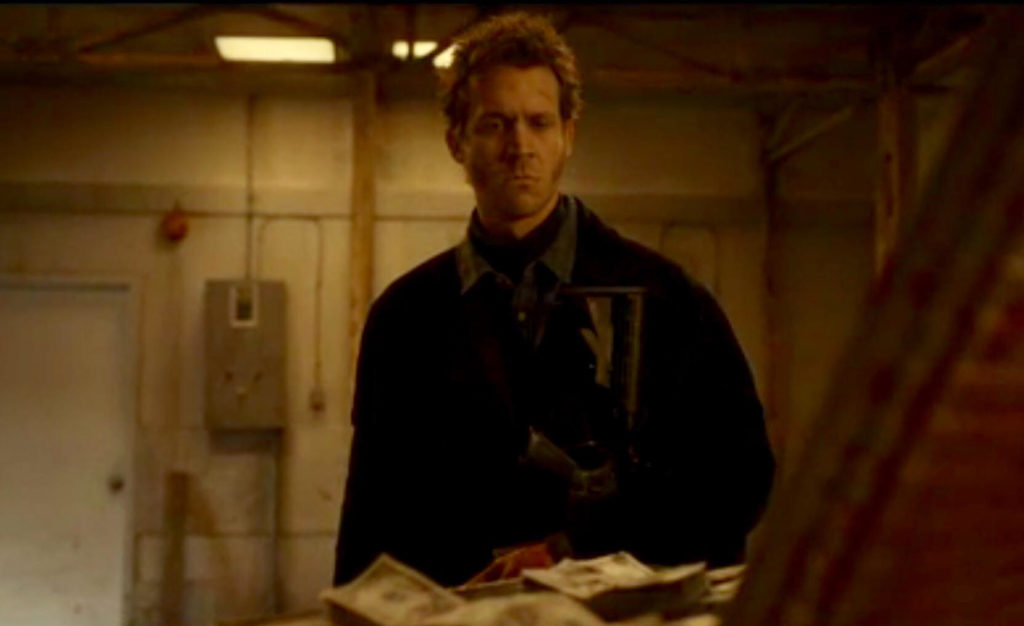 Having Homeland Security’s technology at her disposals, she kept the hunt alive for Varga. When facial recognition software turned him up, Burgle finally had her man (who changed his name to Daniel Rand — does Iron Fist know?) with everything she needed to build a case against him. Varga claimed that a lawyer would show up to let him go, but maybe he burned too many bridges after things went down so badly in Minnesota.

Those who love V.M. Varga, one of the most memorable TV villains in quite some time (at least since Lorne Malvo terrorized Season 1 of Fargo), may choose to believe that a lawyer did show up and Varga was free to do whatever he pleased. But the camera lingering on the clock behind Varga in that interrogation room certainly seemed to indicate that Varga was in for a long wait. And Burgle definitely seemed confident that he wasn’t going to get away this time. Following a season of being overlooked, under-appreciated, unnoticed by technology, and spurned by her husband, Burgle finally won. Hopefully, she had a nice celebratory drink with Officer Winnie Lopez, who may or may not have a kid five years later.

The consensus seems to be that this third season of Fargo wasn’t as satisfying as the first two. I’m inclined to agree, mostly because there were more characters than the story could suitably serve. There were too many digressions, such as Gloria’s trip to Hollywood and Nikki’s stop at the metaphysical bowling alley, making it feel as if the 10-episode season was being padded. And the overall story probably didn’t resolve itself as nicely as many may have hoped. I’ll admit that I’m pretty enamored with Noah Hawley as a writer, and give him a break because of that. But even I’ll acknowledge that introducing Mr. Wrench so late in the season and having him become a factor in the story was an easy out for any story problems. Though he got a nice reward for what’s surely been a rough life.

Many are speculating that this could be the last season of Fargo, based on what FX president John Landgraf and Hawley have said about not having an idea for a fourth season yet. But give it some time. Hawley doesn’t want anyone saying this is it for the series until he knows for certain that he has no more stories to tell. A longer break may not be a bad idea, though Hawley says it could be up to a three-year wait, considering what else is on his plate right now. More Fargo would be worth the wait, but it would be nice if a more solid story and characters as endearing as Mollie and Lou Solverson were the result of that. (Gloria Burgle was oh-so-close, but just wasn’t given the same time in Season 3.) TV seems like a better place when this show is a part of it.