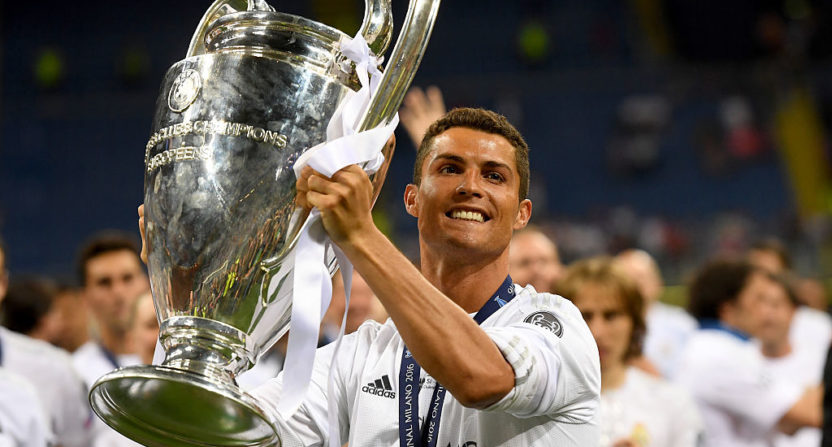 The UEFA Champions League draw took place this afternoon in Monaco and there are plenty of talking points that have already emerged. It’s a fascinating draw with some brutal groups and some easier ones as well, and here are early thoughts on how this year’s group stage will play out:

Spurs get screwed, the other English teams breathe a sigh of relief:

Tottenham was fortunate in their draw last year in the Champions League with CSKA Moscow, Bayer Leverkusen and a then unknown Monaco side, but yet still found a way to finish third. Fate obviously wasn’t going to smile on Spurs again, and they are in what can be argued as the “Group of Death” with Real Madrid, Borussia Dortmund and APOEL.

At this point, Spurs have made a few additions to their squad but its not at the level it should be yet, and that will make this draw incredibly difficult for them. It would be an amazing accomplishment if they could make the knockout stage, but as of now it seems unlikely. However, there will be at least four must-see games from this group (along with APOEL) in the next few months and it stands out as the most entertaining group of the lot.

The four other English teams fared quite a bit better in their draws. Manchester United will face Benfica, FC Basel and CSKA Moscow who are all teams United is decidely better than. Liverpool also fared well with their draw against Sevilla, Spartak Moscow and Maribor. And Manchester City, they of brutal Champions League draws in the past, will face Napoli, Shaktar Donetsk and Feyenoord. Those three groups should be dominated by the English teams and should easily advance to the knockout stage. Chelsea has it a little tougher with games against Atletio Madrid, no doubt raising the Diego Costa narrative), Roma and a trip to Azerbaijan against FK Qarabag.

Despite it being a bit difficult, Chelsea should be able to advance out of this group. Four English teams look to be favorites to advance out of their groups, while Tottenham got a raw draw and will be in with a huge challenge on their hands. Oh, and that thing about Tottenham and Wembley Stadium.

Barcelona’s rough summer not made better by their draw

It has not been an easy summer at the Camp Nou after the Neymar transfer and subsequent fumbling around by Barca and their board. While they shouldn’t have any trouble getting out of a group with Sporting Lisbon, Olympiakos and the team they beat to win the Champions League in 2015 in Juventus, it’s not what you’d call easy either.

It is conceivable that Juve are better than Barca at present, and Ernesto Valverde hasn’t exactly set the world alight in his early days as manager. While Barca will get out of this group, they may end up finishing second in it unless their transfer market travails are reversed, fast.

PSG and Bayern will make for fun soccer

PSG and Bayern Munich are together in Group B, which will make for two fun matchups; the best outside of the death trap that is Group H. Watching Neymar against this Munich defense that didn’t look at its best against Bayer Leverkusen in the first Bundesliga match will be interesting, but it will also be the toughest test yet for the new look PSG squad. These games will also make for some appointment viewing. And, pour one out for Brendan Rogers and Celtic, who make the group stage yet again but are handed another rough draw. Brendan can never win, unless it’s in Scottish League.