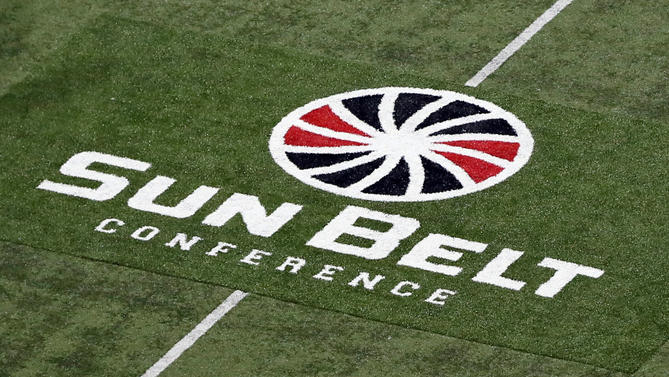 Each Friday, our staff at The Comeback will share our conference predictions for the 2017 season. This week, we go on the record with our picks for the Sun Belt Conference.

We have a tight race for the Sun Belt championship this season with Appalachian State and Arkansas State coming in neck and neck in our voting, but the Mountaineers hold the upper hand with three first-place votes from our staff. Don’t sleep on Troy either. Troy finished just mere points behind Arkansas State in our voting and finished second on one ballot.

Despite making the jump to the FBS this year, our panel isn’t calling for Coastal Carolina to finish in the basement of the Sun Belt Conference this fall, although our voting was also done prior to the news that head coach Joe Moglia will sit out the 2017 season to recover from health issues.

The staff was split down the middle here, so feel free to make your case for which one is more deserving in the comment section below. Brandon Silvers and Matt Linehan are the top two quarterbacks in the Sun Belt this year, so you probably cannot go wrong with either selection.

On the defensive side of the football, however, our staff was unanimous in its decision. Arkansas State’s Ja’Von Rolland-Jones will be all over the field this season tracking down the ball carrier. Getting away from him will prove to be difficult.

There were some mixed reactions for the top coach this season in the Sun Belt Conference as well, but Appalachian State’s Scott Satterfield was the only coach to receive multiple votes. Living up to the preseason expectations of having a Sun Belt championship contender will help solidify his case for the award, and could throw his name into some coaching rumor mills at the end of the season.

Matt Lichtenstadter: Sun Belt team beats a big name Power 5 school in non-conference play. App State plays at Georgia, Troy is at Boise, Arkansas State hosts Miami, South Alabama hosts Oklahoma State and goes to Ole Miss highlight the Sun Belt’s out-of-conference matchups. One of those teams is going to pull off an upset. It’s hard to say which one, but one of them will. It’s also a great way for many of these schools to test themselves against the elite of FBS, and who knows, one of them could get a program defining win.

Bart Doan: Appalachian State will go unbeaten in the Sun Belt this year, winning the conference.

Kevin McGuire.: If the Sun Belt is going to keep building up its programs and conference branding, it will have to win some games against other Group of Five programs. That goes without saying, but picking up some wins against power conference programs would certainly help as well. Appalachian State is in good position to scoop up a home win against Wake Forest, and Arkansas State could even put Nebraska on upset alert in the season opener.