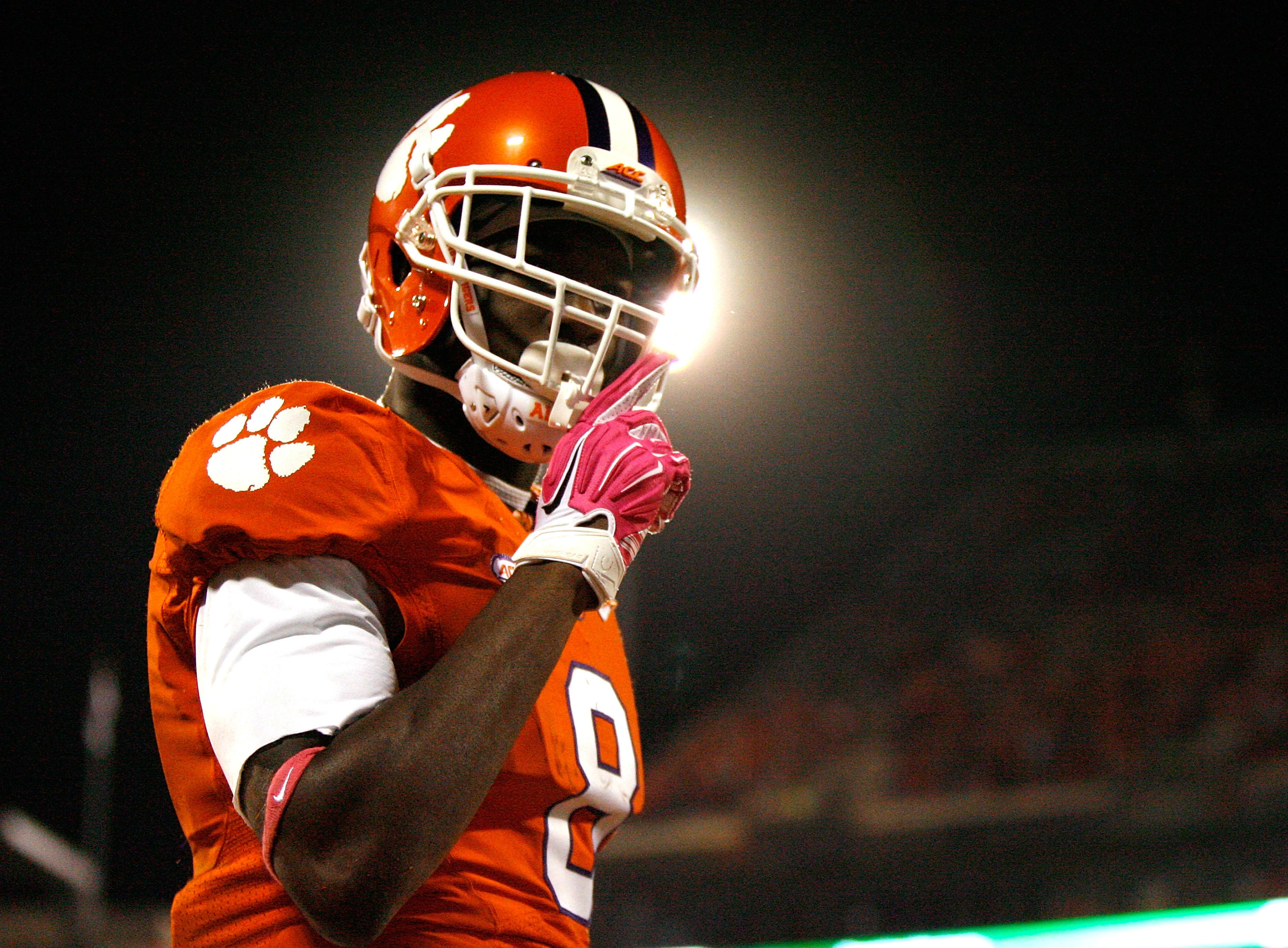 We’re just a day away from the second edition of the College Football Playoff. But for three members of the No. 1 Clemson Tigers, they’ll be watching from home on Thursday.

Confirmed reports indicate that wide receiver Deon Cain, kicker Ammon Lakip, and tight end Jay Jay McCullough are going to be suspended for the Orange Bowl matchup with No. 4 Oklahoma for failed drug tests. For two of the three players, this is the latest in a pattern of bad decisions.

Both Cain and Lakip have been in coach Dabo Swinney’s doghouse before. Cain was suspended for a violation of team rules for the Oct. 24 Miami (FL) game. Lakip may be the most serious of the three, as he was previously arressted for DUI and possession of cocaine in June. He served a three-game suspension. Since returning, the kicker has made seven extra points while handling kick-off duties.

All three players were immediately sent home upon hearing of their suspensions, per reports:

All three players attended the Orange Bowl media day event at Sun Life Stadium on Tuesday morning. However, they were sent home later that afternoon, before the Tigers’ practice at Nova Southeastern University.

Cain may be the biggest loss of the three, as he is third on the team with 34 receptions for 582 yards and five touchdowns this season. He also was the first to issue an apology for his actions:

I apologize to any and everyone I hurt or let down. I’m gonna learn from this mistake and become a better person on and off the field. I’m determined to come back stronger than ever before! #beatOU #orangebowl

McCullough is a fellow wide receiver, playing 98 snaps this season according to the Clemson Insider. However, that is his only appearance on the stat sheet, as he has failed to record a single catch all season long.

Losing a kick-off expert and one of the biggest targets in the passing game just hours before the kick of the biggest game of the season for the Tigers is a huge blow. Will it make a massive difference in what Clemson will or won’t do against Oklahoma? Probably not, but distractions off the field and poor choices (at best) this close to the game can be the thing that throws a team off and make a key difference in a game’s outcome.