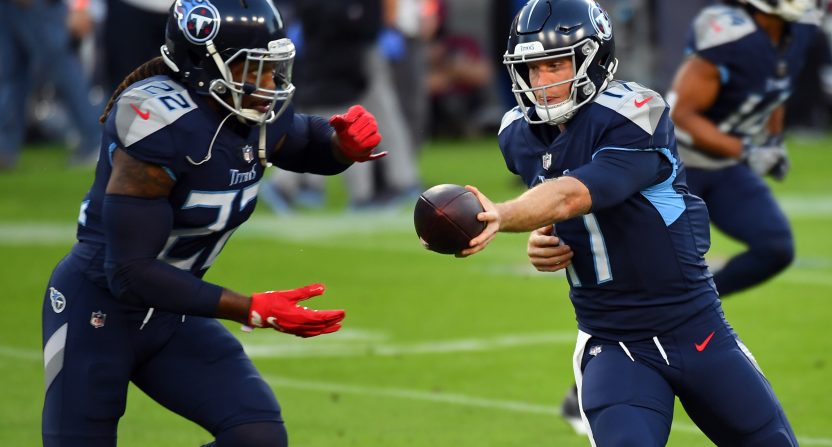 Through Week 6 in the NFL, most teams have shown flaws, or had bumps in the road. Only the Pittsburgh Steelers, Tennessee Titans, and Seattle Seahawks are undefeated — and at least one of those will drop in Week 7, as the Titans play the Steelers. The Kansas City Chiefs have a surprising loss to the Raiders, and the Baltimore Ravens flopped in Kansas City. Meanwhile, the Chicago Bears are 5-1, and there’s a coalition of 4-2 teams that are varying degrees of good.

Let’s sort through some NFL contender tiers to get a sense who’s really in this race, and how likely everyone is to be a legitimate Super Bowl contender. Order doesn’t matter within tier:

The Steelers have looked like the best team in the league in recent weeks. Though the season-ending injury to middle linebacker Devin Bush hurts, they squashed the Cleveland Browns 38-7 last week, and they have the best defense in the league. Their pass rush has been dominant; they lead the league in pressure percentage at a monstrous 38 percent, and the run defense is impenetrable. Add a young and talented receiving corps, and the Steelers are 5-0.

Sunday’s game against the Titans will be a big test for both teams. Tennessee has sustained their offensive performance from last year, with Ryan Tannehill performing like an elite quarterback. Some early injury problems for AJ Brown weren’t enough to bring down the offense, which has relied on the production of Derrick Henry.

There aren’t too many concerns with the Chiefs, who have Patrick Mahomes and a competent defense. Baltimore’s defense has been great so far, pressuring the quarterback and blitzing constantly — as you’d expect, they’re about even with the Steelers for first in the league in blitz rate.

Interestingly, the advanced stats are pretty low on Lamar Jackson. He ranks 23rd in Football Outsiders’ quarterback DVOA, a holistic metric that measures a QB’s value above average. By Next Gen Stats’ completion percentage over expectation, he’s in the negatives. Football Outsiders don’t have him as an effective runner, either, ranking him 20th in QB rushing DVOA. He dominated that category last year.

I wouldn’t be too concerned, considering the Ravens are 5-1 and Jackson has still performed pretty well. He’s ninth in QBR, and the Ravens’ offense was bound to slow down a bit from last season’s torrid pace. The Kansas City game, in which Jackson struggled for stretches, is more worrying. There could be signals of weakness that could haunt them in big games.

Russell Wilson is probably the MVP right now. The Seahawks are clicking.

This group should be in line to make the playoffs, and could step up a tier if they produce some more quality wins. Green Bay would’ve certainly been in the tier above had they not been completely exposed in Tampa on Sunday. Aaron Rodgers fell from his lofty heights, producing an ugly 16-of-35, two-interception stat line.

The Bucs are now 4-2 with a dominant win over a team that had been one of the best in the league. I’m still skeptical of Tom Brady’s general aptitude, but he’s been something more than a game manager this year. Tampa consistently draws downfield pass interference penalties, a healthy sign, and Brady is throwing downfield some. Rob Gronkowski has been better lately, and Chris Godwin just returned from injury. Oh, and their defense is first in the entire league in DVOA.

The Bills have fallen from heaven, losing big to the Titans and then falling at home to the Chiefs in the rain on Sunday. Josh Allen reverted back to the Allen we had seen in the first two years of his career, rather than the MVP candidate version of himself. Due in part to injuries, their defense has been subpar. They’ll have a chance to pick up an easy win against the Jets this week before a tough stretch against the New England Patriots, Seahawks, and Arizona Cardinals.

I debated the Rams deserved to be in this tier, despite their 24-16 loss to San Francisco on Sunday. I decided Jared Goff’s general improvement this year (after last year’s major disappointment) and the defensive talent warranted a spot. We’ve seen more wunderkid-ness from Sean McVay this year than we did in 2019. They face a tough road in the NFC West, but they’re contenders.

We saw the preseason hype version of the Cardinals in their Monday night obliteration of the Dallas Cowboys. While they obviously benefitted from the Cowboys’ general ineptitude, Kyler Murray looked great, and DeAndre Hopkins found a big play or two. They’ll have more questions to answer on defense, most notably about the fluctuating role of Isaiah Simmons.

Vegas and Indy are a pair of AFC teams who have found ways to win. Indy’s defense has been one of the league’s best, and they’ve overcome volatile QB play from Phillip Rivers. The Raiders, in contrast, have been bad defensively and have compensated with sound performances from Derek Carr. Carr is completing 73 percent of his passes, a Breesian figure, and his CPOE numbers are near the top of the league.

Drew Brees himself has continued his formula: short-yardage passes and a high completion percentage. Though Michael Thomas’s absence has hurt, Brees hasn’t hit a steep decline yet. The Saints’ talent across the roster means they will likely improve on their 3-2 record.

In contrast, the Bears’ 5-1 mark feels like it doesn’t mean a whole lot. Besides a messy one-point win over the Bucs on Thursday Night Football, they’ve beaten subpar competition, and needed big comebacks over Detroit and Atlanta. Nick Foles hasn’t played well by any metric. I’d expect them to come back to earth sooner rather than later.