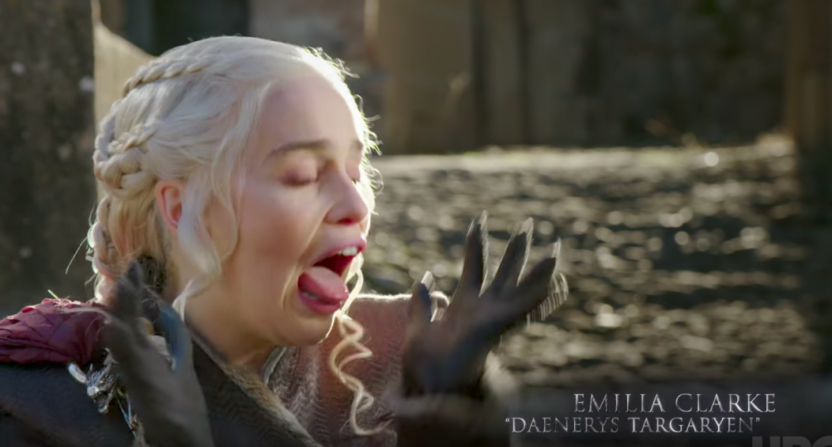 Every December, many people compile year-end lists, chronicling the best things they watched, ate, attended, etc. over the past year. These lists are usually positive, intended to end the year on a happy note.

This isn’t one of those lists.

There was a lot to like in pop culture this year: A royal couple got engaged, Game of Thrones was its typical self, a new Star Wars film came out, the return of Twin Peaks was a hit, Stranger Things 2 was good, the #MeToo movement tackled a major issue in Hollywood, and so much more.

But there was also a lot not to like. Here are 10 disappointments I hated in pop culture in 2017. 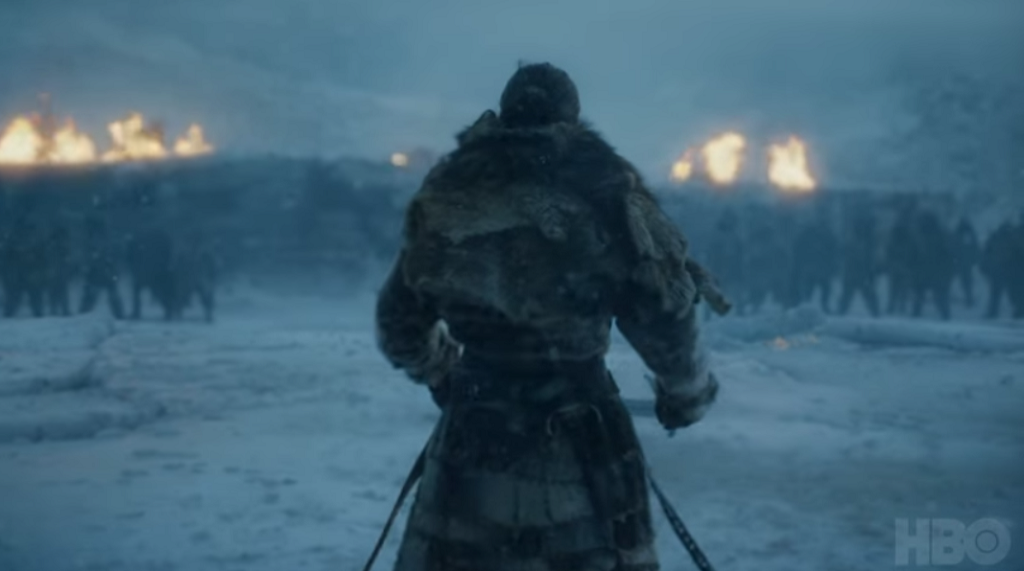 1. The writing for Game of Thrones was sometimes just plain bad:

I love Game of Thrones. One of my favorite parts about writing for The Comeback this year was leading our weekly Game of Thrones roundtables after every episode.

But as enjoyable as Season 7 was, some of the writing was really, really bad. The penultimate episode of every season of Game of Thrones is typically the strongest or biggest episode of the season. Heading into the second-to-last episode this year, I was excited.

The show runners set up the story to build toward some of the most beloved characters most likely dying in episode 6. But that didn’t happen. Brilliant episodes four and five set up for an even better episode six. But we didn’t get that. It looked like we would finally see Jon battle the Night King in the penultimate episode. That didn’t happen either.

A group of us took a deep dive into some of Season 7’s writing issues the morning after episode 6. Ultimately, Alex Putterman put it best:

Alex: Part of the problem is we’ve been thinking about this show for too goddam long.

Yes, we have — and maybe the writers have too.

The Office is my favorite show of all time. I am one of the few people who loved Season 9 despite its lack of Michael Scott. I may also be one of the few that hopes the show never comes back.

Earlier in December, reports began to emerge that The Office could be rebooted in NBC’s latest nostalgia-driven move. After the success of Will and Grace‘s return, it figured that NBC would begin to consider rebooting the successful workplace comedy.

But they shouldn’t. The Office ended perfectly with the characters saying about how much they loved their time at Dunder Mifflin. On top of that, the show ended with many going their separate ways, whether it was the trio that went to Texas, Andy to Cornell, Toby in NYC, Ryan and Kelly eloping, etc.

Because of how the show ended, there’s no conceivable good way to bring the show back. Furthermore, why ruin something that ended so beautifully? I mean, wasn’t that the point of Andy’s quote in the finale?

3. HBO announced it was bringing back Big Little Lies:

Ah, yes — another show that shouldn’t be brought back. Big Little Lies Season 1 was one of the best pop culture events of 2017, so why would the announcement of Season 2 be one of my least favorite things of the year?

The HBO hit drama was based on a book that ended exactly like the show’s first season did. The book has no sequel (as of now) and neither should the show. What made Big Little Lies so great was the murder mystery aspect to it. From the second the show started, you knew someone was killed, but didn’t find out who or how until the end of the finale.

If Big Little Lies goes that same route and tells the story of another murder, then what’s the difference between Seasons 1 and 2? If the show just tells the story of what it’s like for those women to live their lives, then that’s different. But why bring something back when the first season (which was sold as a one-time thing) was so special and perfect? 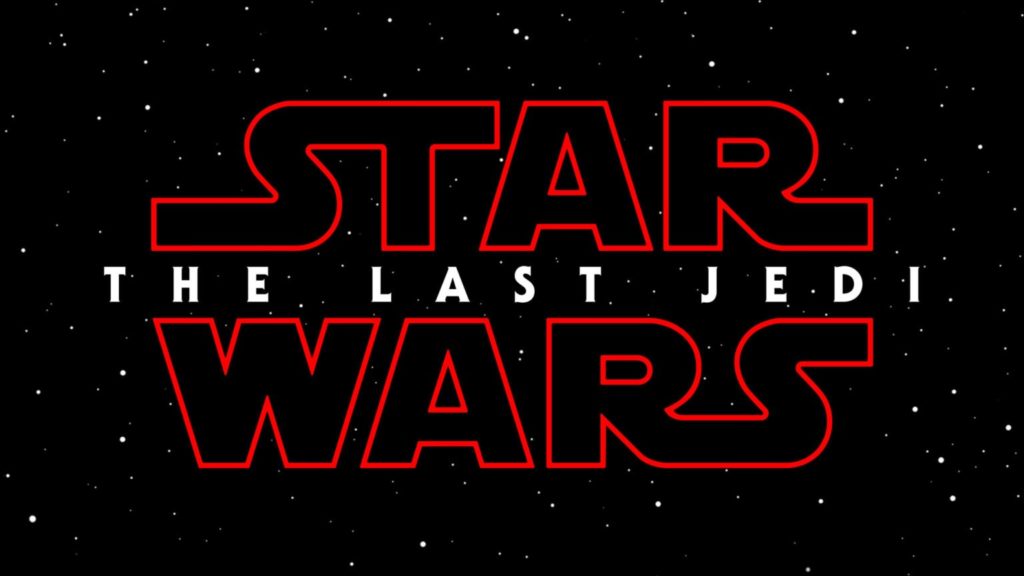 Since its release, we’ve dissected various issues about Star Wars: The Last Jedi. Kevin McGuire wrote about the fans who want the movie taken out of the Star Wars canon. David Rogers discussed the best and worst scenes in the movie. In his review, Ian Casselberry felt the movie wasn’t a crowd-pleaser despite being well-liked by critics. Finally, I complained about the characters who were failed by the movie’s writing and storytelling.

There was a lot to like about Episode XII, whether it was Mark Hamill’s performance or the visually stunning special effects. But there was also a lot not to like about the movie, like their complete mistreatment of Snoke. Really, you’re just going to cut the big bad villain in half?

When the original cast of the new Hellboy film was being put together, Game of Thrones and Deadpool star Ed Skrein was originally cast in the role of Ben Daimio. But there was one big problem: Skrein is white and Daimio is Asian.

After outrage over another case of Hollywood whitewashing, calls for Skrein to be recast in the movie began to emerge. That compelled the actor to take the high road and remove himself from the film.

Skrein was replaced in the cast by Hawaii Five-O star Daniel Dae Kim, who should be a great replacement. While Skrein’s decision to remove himself was admirable, he shouldn’t have put himself or been put in that position. It’s pretty simple, really: if the character is Asian, then an Asian actor should play that role. 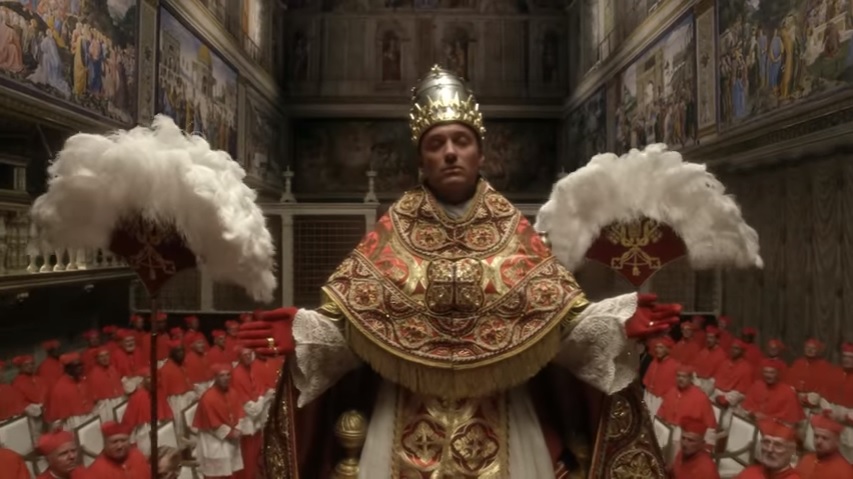 6. The Young Pope‘s lack of accolades:

I watch a lot of TV shows and can say without hesitation that The Young Pope was one of, if not the best TV show I watched this year. Jude Law’s performance as the first American Pope combined with Paolo Sorrentino’s directing made for a near-perfect show.

However, despite how much I and a lot of critics loved the show, it didn’t receive many accolades or nominations. The show received one Golden Globe nomination (Best Actor in a Limited Series or TV Movie for Jude Law) and two Emmy nods, but no wins.

That’s it for the major award shows. No nominations from the Screen Actors Guild, Critics’ Choice, People’s Choice, etc., let alone any awards.

While Jude Law got a deserved nomination for the Golden Globes, it was disappointing to not see Sorrentino receive similar honors. I also thought Diane Keaton and Silvio Orlando deserved best supporting actress or actor nominations.

The Big Sick also deserved more recognition than it received. The movie, loosely based on the life of comedian Kumail Nanjiani, was absolutely fantastic and resonated with people all over the world.

Despite all the negative attention Rotten Tomatoes has gotten in 2017, I still trust the website, which gave The Big Sick a 98%, the second-highest rating for any movie this year behind the 99% for Get Out.

The movie did get some nominations during awards season, including six Critics’ Choice nods and two from the Screen Actors Guild Awards. But it was shut out from the Golden Globes, which was disappointing. Will that continue into 2018 when the Oscar nominations are announced?

8. This is Us failing to tell us how Jack dies:

When Kevin Spacey was outed as another sexual harasser in Hollywood, the famous actor was quick to admit his past transgressions. At first glance, his apology was touching and seemed to be heartfelt. But as one reads on, the apology takes a quick u-turn and cop out move at the end.

We live in a world now, especially in the United States, where people can be openly gay and even get married. Still, sadly, people still have a hard time coming out and because of this tragic fact, many stay in the closet far longer than they hope or want to.

That may have been the case with Spacey. For all we know, he may have wanted to come out publicly multiple times throughout his life, but didn’t. Spacey then felt compelled to come out after allegations emerged that he molested actor Anthony Rapp when he was 14. Choosing such a moment to come out was disappointing.

Kevin Spacey has just invented something that has never existed before: a bad time to come out.

Sadly, Spacey accomplished all three of these feats at once. 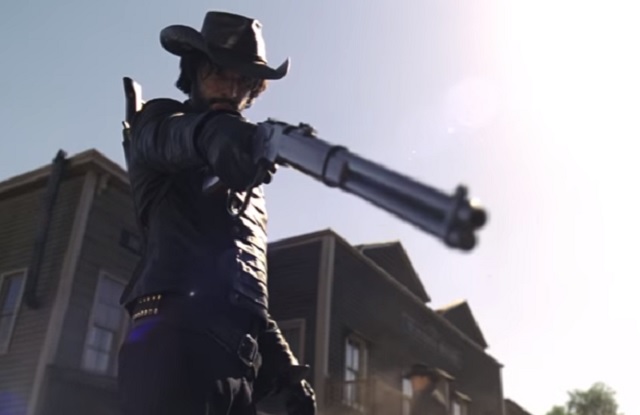 Westworld is my favorite current TV show and I was pretty sad to not be transported back into the Delos facility this year. But I was also happy that HBO learned its lesson with the first season and didn’t rush to air the follow-up.

The show suffered through a multitude of issues that caused production to be stopped at times. Despite problems with writing and production, Westworld delivered a strong first season in 2016. After the first season wrapped up, the show runners hinted at the possibility that the show wouldn’t return until 2018.

Westworld will now, in fact, return next year and it will be a welcome sight. One can hope the second installment in the series will be just as good as the first. Here’s to 2018, more Westworld, and hopefully fewer things I hate about pop culture.