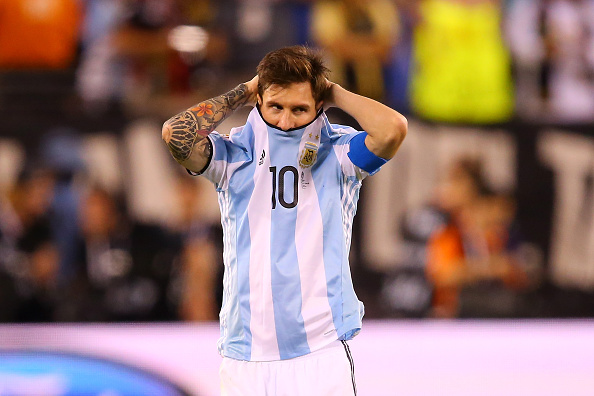 It was an interesting Monday to start the week as Fox Sports fired a ton of people, Lionel Messi and his charity may have done something really sketchy and illegal, Javy Baez continued to be really good at baseball, and Russell Westbrook was named NBA MVP for the 2016-2017 season. 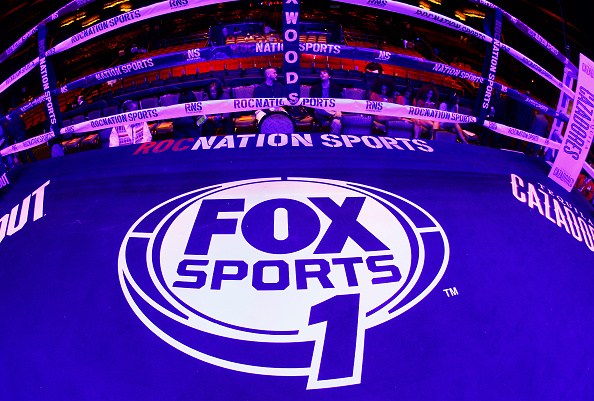 From our own Andrew Bucholtz over at Awful Announcing:

What does that actually add up to? As Shaw notes, it means the elimination of around 20 writing and editing positions, and the creation of similar numbers of jobs in video production, editing and promotion. But this is only the culmination of months-long efforts by Horowitz to shift digital’s focus away from covering news and towards promoting FS1’s on-air personalities. In fact, writers sent to the Super Bowl in February were told once they arrived that they wouldn’t be writing for FoxSports.com, but would be ghostwriting copy for on-air talent instead. Digital executives like Pesavento and Mike Foss (both previously For The Win) have been pushed out as well, top writers like Bruce Feldman have been posting pieces on Facebook instead of on Fox’s site, and FoxSports.com has become more and more about what their debate show personalities say on-air. Awful Announcing will have a longform feature on what’s really behind these changes Tuesday.

Here’s the list of layoffs Awful Announcing has learned of so far, in alphabetical order:

Lionel Messi has had issues regarding money over the years, including a 21-month prison sentence for tax evasion that he doesn’t need to serve unless he commits another crime during that time. Now, it appears that the Leo Messi Foundation, Messi’s charity, is under the spotlight for irregularities that make it appear that the money going into his charity isn’t going to those who it is intending to help.

Spanish newspaper ABC (through AS) reported that Messi’s charity has been allegedly set up in order to bring in millions of euros from various sponsors and cannot be confirmed whether or not the money is going to what the charity is meant for, which is to pay for “social projects to help children with problems.”

This isn’t the first time Messi’s charity allegedly exhibited some shady behavior. In the summer of 2013, Messi had a charity match in Chicago to raise money. Around 80 VIP packages, costing $2,500 each, were sold which included a meet and greet with players, as well as an autographed kit and ball by Messi himself. Instead, they got a cheap ball and a t-shirt with a replica Messi signature and Messi was nowhere to be seen. Messi was in Las Vegas the day before, showed up to play part of the game and then left before the end of the game. Messi’s marketing agency and Soldier Field blamed each other for the disaster. 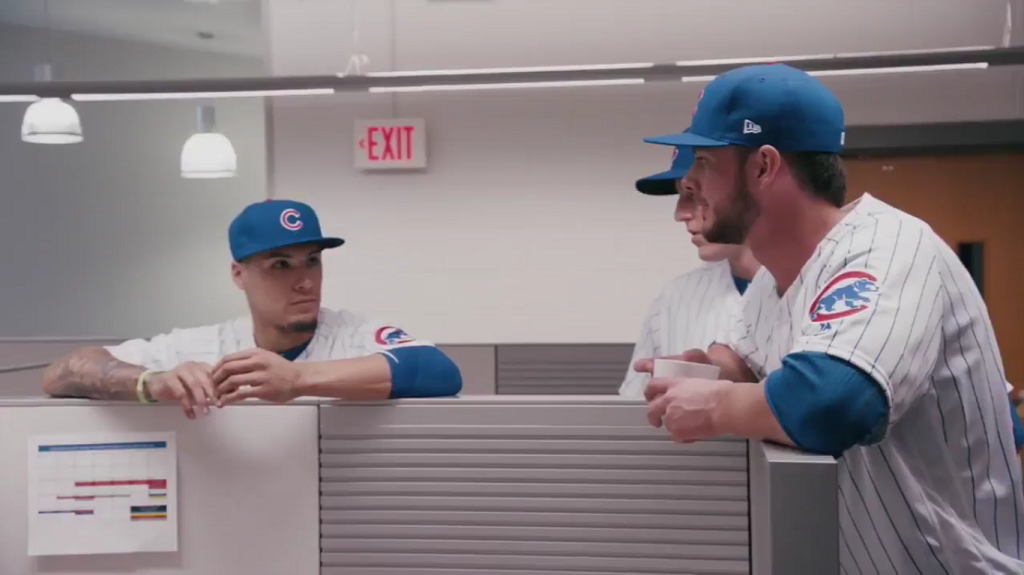 Feast your eyes on Javy Baez.

Javy, you are INSANE. pic.twitter.com/dwGVpG7a1X

Javy Baez. ANOTHER ONE. pic.twitter.com/0df4W3QpKj

HOW do you do that!?

Rightfully so, Russell Westbrook won the NBA’s MVP award for the 2016-2017 season

After he won the award, Westbrook was rightfully praised on Twitter in some great and weird ways (*cough* Taylor Swift *cough*):

Congrats to @russwest44 for finishing his historic+unforgettable season with the #NBAMVP. Unbelievable what you've accomplished brother.

"I wanna thank all the fans in OKC" – Russell Westbrook

It's been 3 years, 1 month, and 21 days since Russell Westbrook said "that shit gonna be mine one day" 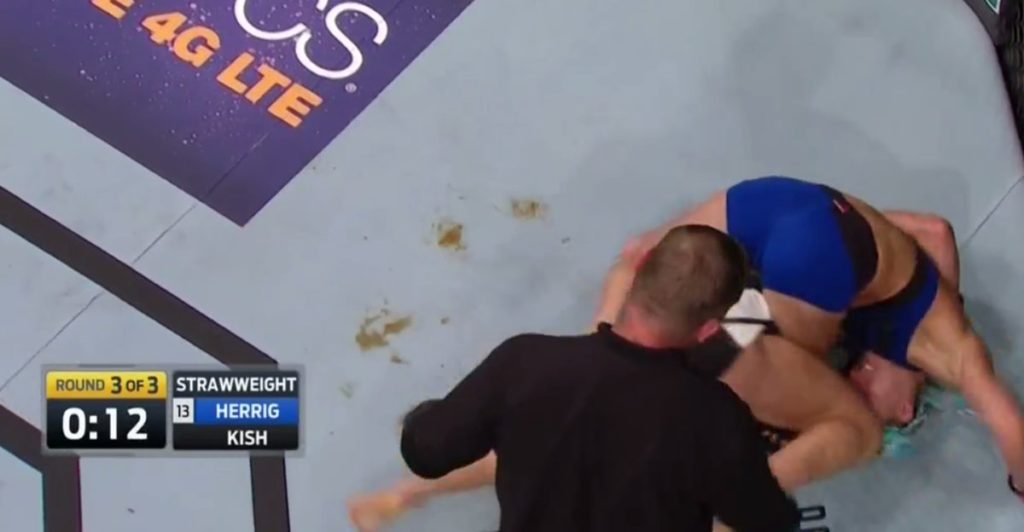 – Justine Kish got choked so hard she had an “accident” during UFC fight.

It takes major guts to be an MMA fighter. And you have to give your all to try and overpower your opponent. For Jusine Kish, she was giving her all, and then some, at a UFC fight in Oklahoma City.

Kish was fighting Felice Herrig in Oklahoma City for UFC Fight Night 112. Herrig had Kish in a rear-naked choke hold and that’s when things really seemed to turn crappy.

That was some fight. Must be pooped.

You mentioned your schedule being crazy. How much of it was about that?

I was sick of telling my wife in earnest, “I’m going to slow down the schedule. We’ll have more time to spend in New York.” And even when I thought of leaving, she said, “Look man, this is a character people love. They feel like they’re friends with him.”

And although that makes for a terrible time at the airport because everybody high-fives me, grabbing your ass on the way to your f—ing plane to Omaha, Nebraska, to do standup comedy — these people want to know, “Do you really want to walk from what many would say is the cushiest situation in television? The platinum age of television.” And I said, “Yeah, I think that would be really interesting.” If you’re going to be unsafe and unstable … then let’s see what happens.

”I’ll be the next one to beat them. I’ll be waiting for them somewhere,” the Milwaukee Bucks star said before leading a team in an exhibition game involving Greek and foreign players before 15,000 fans at the Athens Olympic Arena on Sunday.

– John McEnroe said Serena Williams would be ranked #700 on the men’s tour and Serena responded brilliantly.

Dear John, I adore and respect you but please please keep me out of your statements that are not factually based.

I've never played anyone ranked "there" nor do I have time. Respect me and my privacy as I'm trying to have a baby. Good day sir

Let John McEnroe win a major while he is literally creating new human life inside his evil body and then he can talk about Serena Williams. https://t.co/kRVjMYJee8

"She'd be like 700 in the world." – Retired tennis champ John McEnroe serving a backhanded compliment.

– The New York Jets are the most depressingly hopeless team in the NFL.

– Could California’s state travel ban to Texas have an impact on NCAA competition?

The main question being asked is simple: Does the ban apply to the coaches of California public university teams?

In addition, Texas is a regular host of NCAA postseason events that California teams aspire to compete in. San Antonio is hosting the 2018 Men’s NCAA Final Four, for example. And AT&T Stadium in Arlington regularly hosts games in the College Football Playoff.

– Grading draft right after they happen is completely meaningless.

– Dwayne Johnson is the only person who cannot do an Arnold Schwarzenegger impression.

– Nintendo confirms SNES Classic, which will be released on 9/29 with 21 games.

– If you’re a Washington Redskins and live in the state of Washington, the NFL made the perfect gift for you!

– D’Angelo Russell doesn’t care what Magic Johnson says about him.

“It is good to be here,” Russell said at the Nets practice facility in Brooklyn. “Can’t really control that, what they say, I’m gone. So it’s the past. I am here now. It’s irrelevant, honestly.”

“Wherever they put me, I am going to take advantage of it to the fullest and that’s me being the leader right away,” Russell said when asked if he sees an opportunity to be a leader in Brooklyn. “I am looking forward to the challenge. You saying my leadership is being questioned, this is an opportunity to make the best out of it.”

– Another person died trying to find a possibly made up $2 million treasure in the Rocky Mountains.

– This Brazilian soccer player had one of the worst flops you’ll ever see.

Bahia's Lucas Fonseca was sent off for this ridiculous dive against Flamengo yesterday… pic.twitter.com/4LpyLE2Y0E

Okay so this is a couple moments of procrastination.