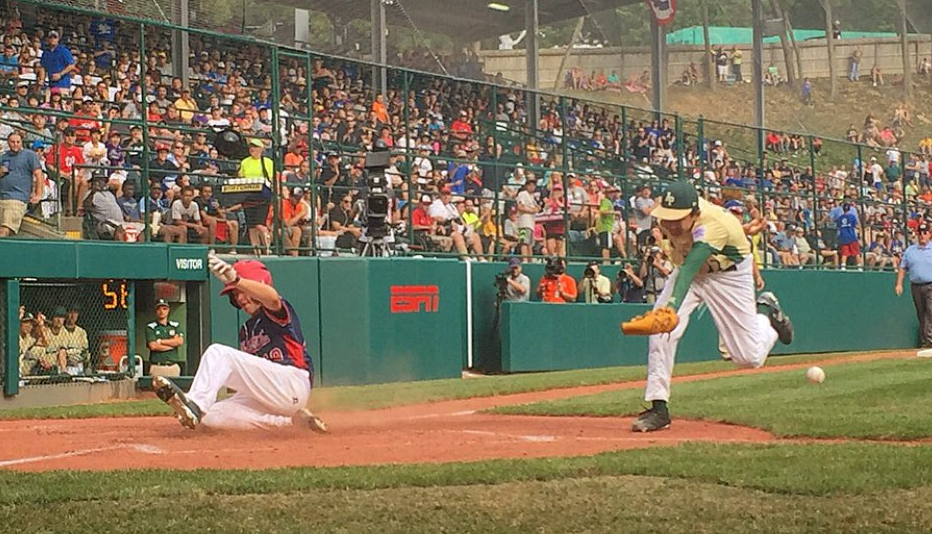 Summer is winding down

One of the cues that the summer season is about to close up shop for another year comes from the sports world. The Little League World Series is one of the more noteworthy events of note that helps bring the summer to a close, signaling the transition from the summer days to the first day of school. With the first day of school comes high school and college football, followed by the NFL. This weekend saw a pair of college football games played while a bunch of kids from New York brought an end to their baseball season with a championship victory. Next up? MLB pennant chases and NFL kickoff. I’m not trying to rush you out the door yet, summer, but we had a good run. 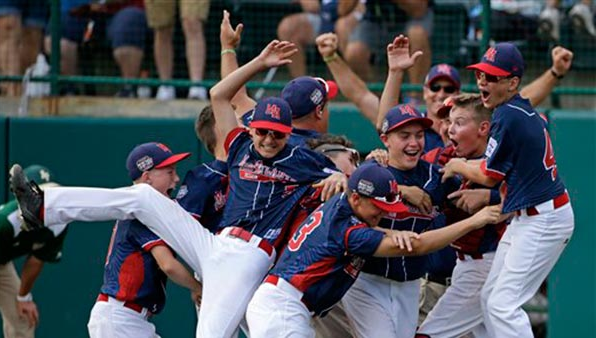 It’s hard to win a game at a competitive level, and it is darn near impossible to win every game in front of you en route to a championship. On Sunday, however, a group of boys proved they could do the unthinkable. The dream season, a perfect season, for a group of Little League all-stars from Endwell, New York ended with a take-down of one of the top international teams, South Korea, to clinch the Little League World Series championship. It was the first title for a team from the United States since 2011 and the first time in four championship appearances the team from South Korea took a loss.

To put this into a little perspective, South Korea’s dominant team came from Seoul, with a population over 10 million. The team from Endwell, New York, a moderately short bus ride away from Williamsport, New York, has fewer than 20,000 residents. The victory also snapped a LLWS drought for the state of New York, which extended back to 1964.

Congratulations to Maine-Endwell, Little League World Series Champs and still undefeated! Proud of you and the sportsmanship you showed.

Some people may criticize how much attention the Little League World Series gets every year. Truth be told, I used to roll my eyes at the whole thing too. That said, it is hard to turn away and over the years I have grown to appreciate the LLWS for the purity of the game it shows off. Let the kids have their moment in the spotlight. It doesn’t hurt anybody. And who knows, maybe one of these kids will one day be a major leaguer.

FUN FACT: The last Mid-Atlantic team to win the #LLWS was Todd Frazier's "Beasts From the East" in 1998. pic.twitter.com/trh4ObxZ9b 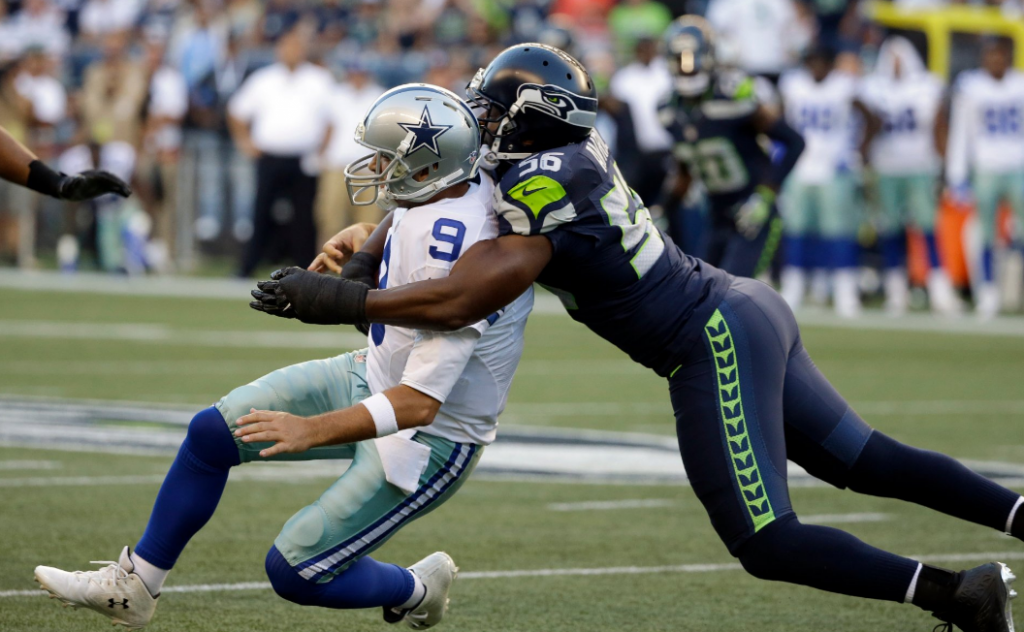 Heading into the 2016 season the NFC East appeared to be a division that should be won by the Dallas Cowboys, under one very critical condition. Tony Romo has to be healthy. That is already off to a bad start after Romo broke a bone in his back in a game against the Seattle Seahawks. The pain Romo was experiencing was as obvious as it can get immediately as it happened.

Tony Romo goes down after hit. Walked off the field on his own. Dak Prescott in at QB for the Cowboys. #DALvsSEAhttps://t.co/wbppIp6CGx

Reports have suggested Romo could miss the next six to 10 weeks, which obviously cuts into the regular season for some amount of time. The Cowboys will monitor things on a day-by-day basis, but in the meantime the Cowboys have nowhere else to look than to rookie Dak Prescott to take care of business. The former SEC standout has impressed this preseason, which is encouraging for Cowboys fans, but whether or not Prescott can keep that level of play going against first team defenses for 60 minutes remains to be seen. The Cowboys will also have some decisions to make about Romo and the quarterback situation. Remember, the Cowboys already lost Kellen Moore to an injury this preseason. Maybe this will be good news for Mike Vick? It should also help keep a little fuel in those Johnny Manziel-Cowboys ideas some try to keep alive.

Oh, and Romo’s former teammate chimed in with his best wishes.

And yes, That's my Quarterback!!

Colin Kaepernick takes a stand by sitting down during national anthem

San Francisco 49ers quarterback Colin Kaepernick created a stir this weekend with the news spreading he will not be standing up during the playing of the national anthem prior to games. Kaepernick’s decision to not stand during the national anthem is a political one putting an emphasis on racial oppression in this country. The news, not so shockingly, created an uproar of mixed emotions with some jumping all over his decision and labeling it as a sign of disrespect and those who understood and sympathized with his reasoning. On Sunday, a day after the news started to heat up, Kaepernick addressed his motives and decision with the media.

Another Colin Kaepernick video, this on how "conversations" about social issues won't be distraction to #49ers pic.twitter.com/1Jh7WmrlfE

Some suggested the 49ers quarterback should be more worried about winning the starting job under Chip Kelly and some suggested his act was spitting in the face of the military.Kaepernick cleared that last one up real quick.

“I do think that the talk has been more about me, more about I know a lot of people’s initial reactions thought it was bashing the military, which it wasn’t,” Kaepernick said. “That wasn’t my intention at all. I think now that we have those things cleared up, we can get to the root of what I was saying and really address those issues.” 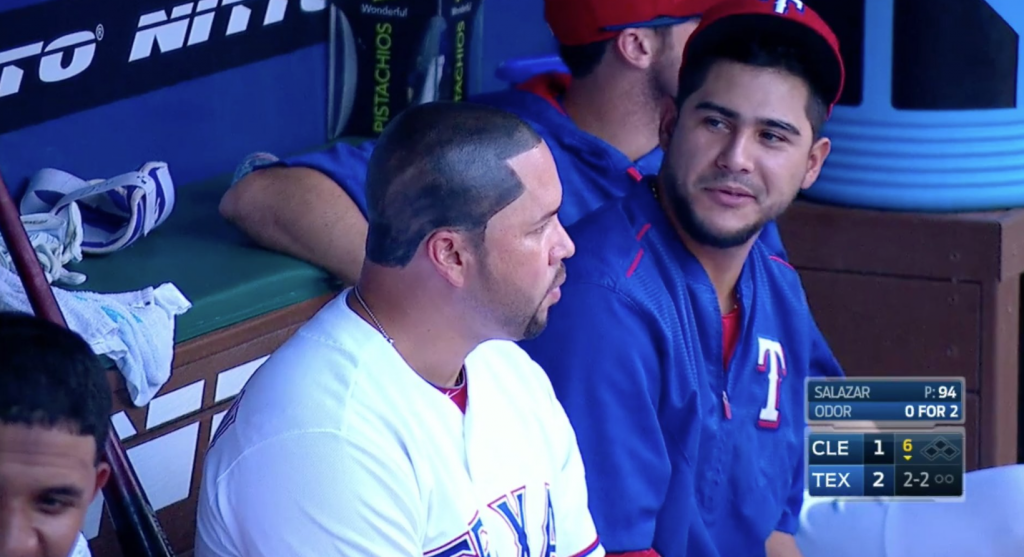 – Who is Carlos Beltran’s hair stylist? I’m asking so I know who not to call?

– Josh Donaldson of the Toronto Blue Jays launched three home run shots in a game against the Twins. Because the game was played in Toronto, this made for a good old-fashioned hockey reference.

Hat-trick for Big Daddy. We love it! @BringerOfRain20 @BlueJays

– Domino’s is delivering pizzas by drone. Do you have to tip the drone?

– The roster for the United States’ men’s World Cup qualifying roster was released. This kid is not on the roster.

– A couple of bats scored in the end zone during a Lions-Ravens preseason game.

– Want to know what it looks like from the turf-level suite at a Vikings game? 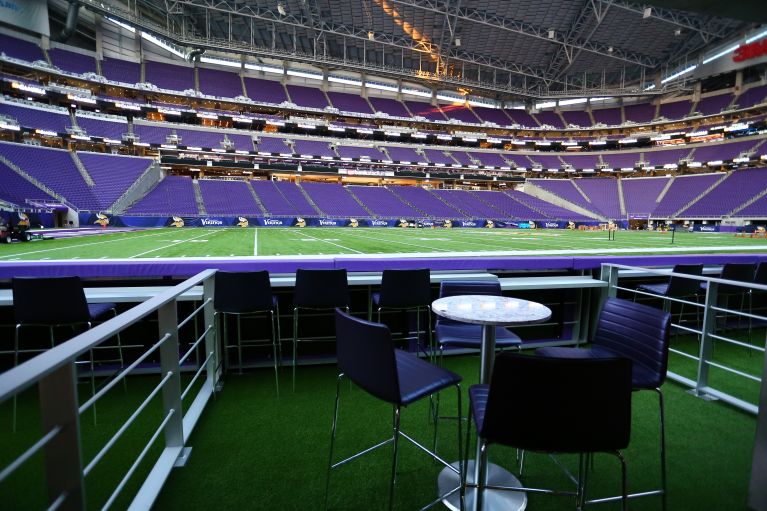 – We have a new leader in the clubhouse for worst Madden NFL glitch.

– What’s for lunch? How about some Pokemon burgers? Dieticians suggest not trying to catch them all.

– Imagine choosing an award winner in college football based off an algorithm.

– The Kansas City Royals have a Rally Mantis…

– Zimbabwe came home from the Rio Olympics without any medals to show for it, which led to some wild rumors suggesting the country’s government ordered the entire Olympics team to be arrested.

– Check out the fun the graphic artists for one European hockey team had with their team headshots.

– I love a cool photo pulled from the archives. Here’s one of a Zeppelin flying above the pyramids in Egypt from 1931.

– College football kicked off its season, officially, on Friday night (Saturday morning in Australia) and Saturday. The Student Section has seven Heisman hopefuls from the Group of Five. Also be sure to catch the full Top 50 countdown.

I want to have this band near me the next time I play Mario Kart.