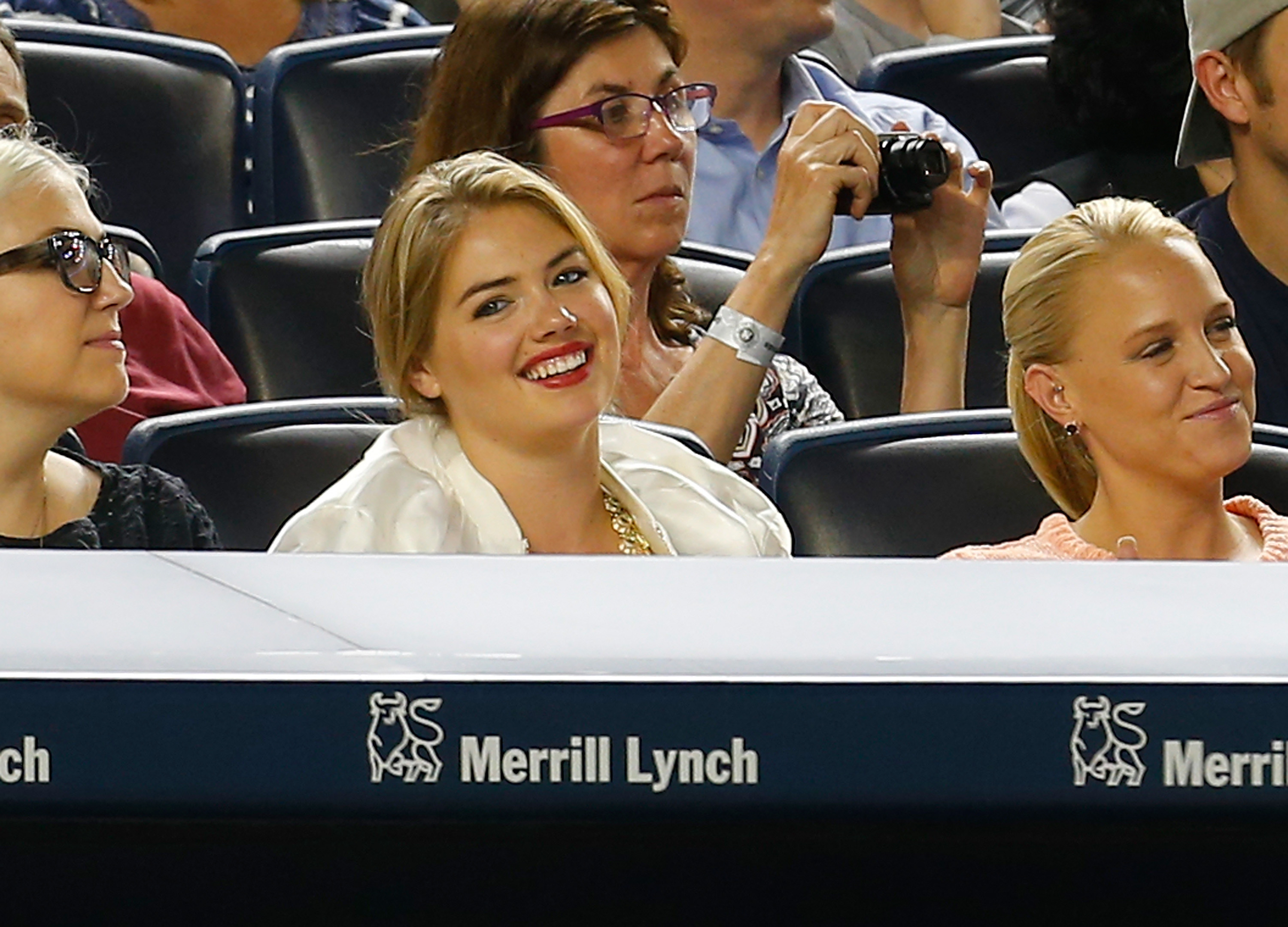 Wednesday was slow on the field, but not off of it: Kate Upton vs. the AL Cy Young voters, Ben Roethlisberger can’t name Browns’ QBs, trouble with Purdue football, and the Presidential Medal of Freedom winners were announced.

Kate Upton was NOT happy about the AL Cy Young Vote

Kate Upton is a supermodel and also the fiancé of Detroit Tigers’ starting pitcher Justin Verlander, in case you didn’t know. Well, Verlander was up for the AL Cy Young award today as one of the three finalists. The 33-year-old took home 14 first place votes, the most among all finalists ahead of Rick Porcello’s eight. Shockingly however, Porcello managed to win the award over Verlander.

The five point difference between first and second was the second closest since 1970. It’s not common for someone to garner the most first place votes and lose. It’s also just an odd scenario and as a result, Upton was not happy that her finacé didn’t end up winning.

*WARNING SOME OF THESE TWEETS ARE NOT SAFE FOR WORK*

Hey @MLB I thought I was the only person allowed to fuck @JustinVerlander ?! What 2 writers didn't have him on their ballot?

He had the majority of 1st place votes and 2 writers didn't have him on their ballots?!! can you pick more out of touch people to vote?@MLB

Sorry Rick but you didn't get any 1st place votes? you didn't win. #ByeFelicia @MLB keep up with the times and fire those writers

She does make good points about how odd it is to receive more first place votes and yet finish second. However, her way of arguing for Verlander’s win is a little… strange.

Ben Roethlisberger vs. the Browns’ 22 starting QBs since 2004 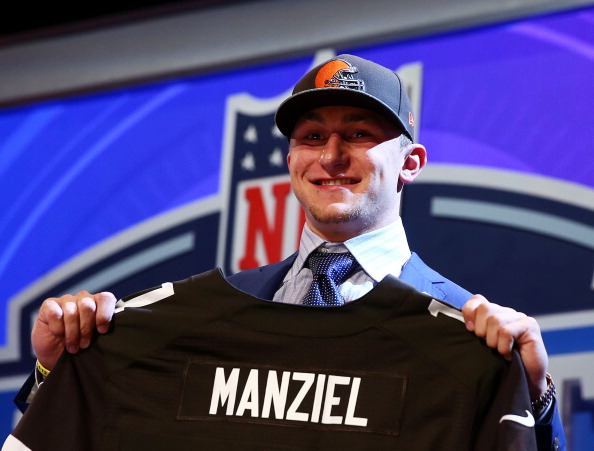 The Cleveland Browns meanwhile have nobody near the top of that list. Since 2004, Derek Anderson has the most starts at QB for Cleveland and he only made 34 of them. The next most? Colt McCoy… with 21.

So that brings us to this Sunday when the Steelers are scheduled to visit the Browns in Cleveland. Since 2004, Cleveland has started 22 different starting QBs, while Pittsburgh has started just seven (six of which have fewer than 10 starts, thanks to Roethlisberger’s 177).

That is not good for the Browns. Anyway, Big Ben was asked if he could name all 22 and let’s just say he failed. 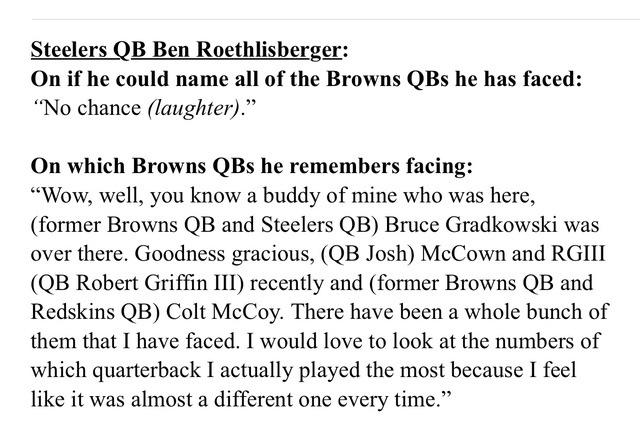 Oh and Big Ben, ESPN figured out what Browns’ QBs you have faced (it’s only 12 of the 22 surprisingly).

Penn State, Baylor, and now Purdue. All three schools have one horrible thing in common: a big football program that had to deal with a major scandal.

The Boilermakers are in the midst of a sexual assault scandal that took place in October. The incident allegedly took place at an off-campus house and involved four players. The four are currently suspended and won’t face criminal charges, however a law firm thinks they should be expelled.

“School officials must move quickly to hold these players accountable for their actions and show these victims that their voices are being heard,” Massillamany stated in a release. “Purdue and other schools have an obligation to send a message that this type of activity will not be tolerated.”

Three sports icons to receive the Presidential Medal of Freedom 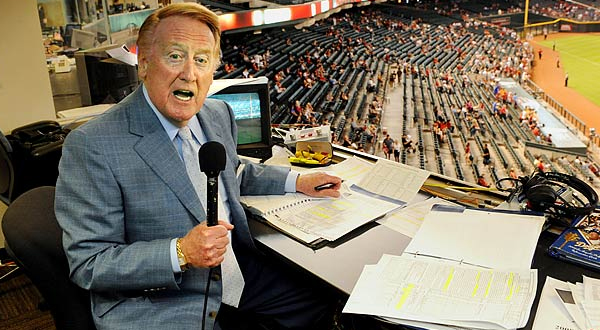 Since he came into office in 2009, President Obama has awarded the Presidential Medal of Freedom to nine sports icons. With his last ceremony for the highest civilian honor in the country scheduled for November 22nd, President Obama announced his final group of honorees on Wednesday.

Shortly after it was announced Vin Scully would be part of President Obama’s final group, an awesome video of Scully finding out about the award was released.

No Vin, you aren’t just some “old baseball announcer.”

MJ and Kareem also received some congratulatory wishes from their former organizations.

Congrats to @kaj33 on being selected to receive America's highest civilian honor! https://t.co/S9AoHszer1

Congratulations to Michael Jordan on being named a 2016 Presidential Medal of Freedom recipient! pic.twitter.com/kXuG8spGEX 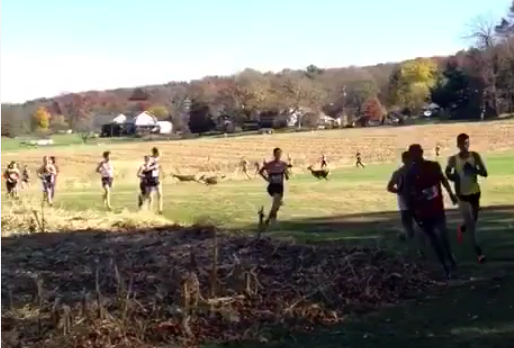 – Ah a perfect example of why Vine shouldn’t die. Well, a cross country runner got absolutely laid out by a deer. Watch it now on a six-second loop before the app it was posted on goes away FOREVER.

I’d like to think that’s the first and last time that has ever happened.

– Remember when the New York Knicks drafted Kristaps Porzingis with the fourth overall pick in the 2015 NBA draft and Knicks fans thought he was a horrible pick?

Yeah well now those same fans probably all own Porzingis jerseys because he is really good.

On Wednesday, he proved he was worth the fourth over all pick once again with a 25-point half and one heck of a smile.

Porzingis is a video game https://t.co/bsqeD2Txoi

Look out BELOW, @kporzee coming through

– An NFL executive hid behind the “anonymous NFL exec” cover and basically called NFL fans stupid with the below quote that we expanded on here.

“Under President [Barack] Obama, the country was intellectual and looked at facts. I think that’s why our ratings fell. People read a lot about our scandals or CTE and didn’t like what they saw. Under Trump, the country will care less about truth or facts. It’ll be [more raw] and brutal. Football will be more of an outlet. We’ll go back to liking our violent sports.”

Suggs pretended to be the made up journalist during a conference call with Cowboys’ starting quarterback Dak Prescott.

Hacksaw Smithers had a very important question for @dak on today's press call.

– Wake Forest football had an early lead this past weekend against Louisville, but that evaporated as the Cardinals stormed back to win in a blowout 44-12.

Part of the reason why the Demon Deacons think the Cardinals were able to come back is they think Louisville somehow got their hands on Wake Forest’s game plan before the game even kicked off.

“We are concerned that there was some type of security breach,’’ coach Dave Clawson said Tuesday. “I have shared it with [athletic director] Ron Wellman, and we’re doing everything we can to make sure all of our information and data is more secure moving forward.’’

To which Louisville Head Coach Bobby Petrino responded with:

– Our own Phillip Bupp wrote a great piece on why fans may want Jurgen Klinsmann fired now, but won’t get their wish so soon.

“But whether or not I would like to see someone else take over, I have to look at the reality and the reality is that Jurgen Klinsmann is going to see this through until either the United States is playing in Russia or they’re eliminated in the Hex.”

– Dr. James Andrews said he believes if the NFL was invented today, it wouldn’t be legal. That’s quite a controversial statement for a doctor who works often with NFL patients.

“It’s a collision sport,” Andrews said in a Sports Illustrated report. “If we started a new sport today and we wrote up the rules and regulations and we called it football, they probably wouldn’t allow it. We’re all trying to do everything we can to make football safer, but that’s the way the sport is: There are always going to be injuries. We’re aware of that, and we’re all working to keep it that way. We want it to continue, believe me.”

– A Blue Jays’ reliever was left hanging on the Jimmy Fallon show.

– Rob Gronkowski suffered a serious injury at the hands of Seahawks’ safety Earl Thomas this past Sunday, but Gronk knows it was simply “a real football hit.”

Nothing but respect for Gronk. One of the best I've lined up against. Hoping to see him back on the field sooner than later.

The respect is mutual man, you got the best of me on that one. The grind is real, you showed the fans a real football hit. https://t.co/p57PLVQZ3C

– Former Grantland writer and current New York Magazine writer Rembert Browne really wanted to get his hands on the Grantland Twitter account for some reason.

– Drew Bledsoe admitted he knows what Tony Romo is going through after he conceded the Cowboys’ quarterback job to Dak Prescott.

Ten years ago Tony Romo did to Drew Bledsoe what Dak Prescott had now done to him. I asked Bledsoe his impression of Romo's speech (1/3)

Bledsoe: "He handled a difficult situation with a ton of class. It is honestly a really hard thing ….

Bledsoe: "..to be simultaneously happy for your team but also have your heart ripped out because you don't get to take the field." 3/3

Every Cowboys’ fan that read those Tweets probably thought what Bledsoe said was sweet, but also hoped Prescott’s career wouldn’t turn out like Romo’s has.

– 20% of Americans admitted football was more important than their jobs in a recent poll. Honestly, what kinds of jobs do those people have? I really hope they aren’t teachers or doctors or lawyers.

– In a shameless plug, Space Jam celebrated its 20th anniversary yesterday so I wrote about it.

THIS SONG IS SO CATCHY.

A random ‘The Office’ related video:

I really hope this doesn’t happen often… actually now that I think of it it probably happens too often.

This is probably going to lead you, the reader, down a long rabbit hole of procrastination once you start watching all the other videos this random user made.